Consequences of global warming directly affect physical and mental health of individuals, and students in Britain are arguing to integrate it in their medical school curricula 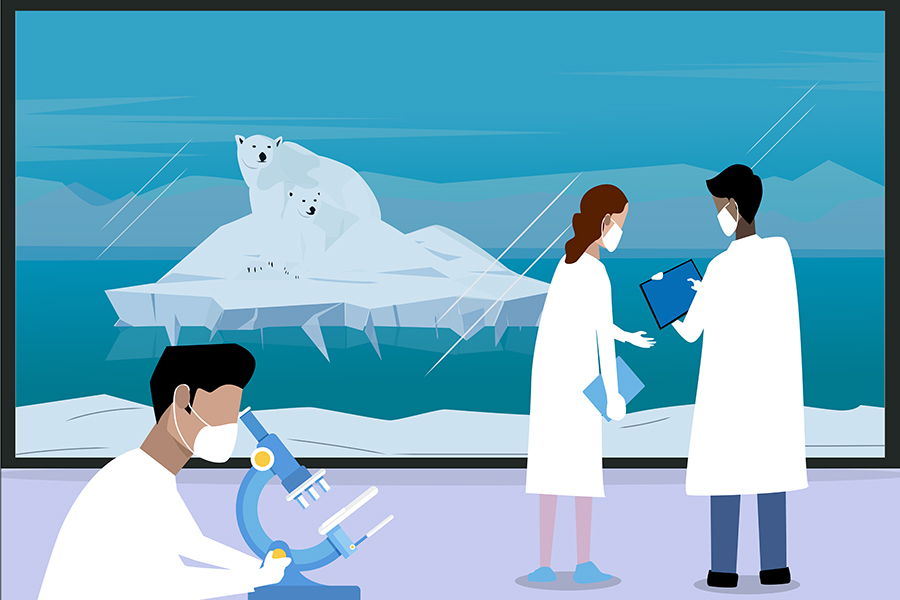 British medical students are stressing the need to better understand the effects of the climate crisis, as they have a direct impact on our mental and physical health
Image: Shutterstock

The consequences of climate change directly affect mental and physical health and must be taught in medical school curricula, claim British students. In the UK, as in France, the integration of environmental considerations in university programs across all fields of study still leaves much to be desired.

British medical students are stressing the need to better understand the effects of the climate crisis, as they have a direct impact on our mental and physical health, whether it is exposure to air pollution, the increased frequency of heat waves or the growing phenomenon of eco-anxiety.

Hannah Chase, a final-year medical student at Oxford University, was inspired by a program in the United States that evaluates institutions of higher learning on a number of ecological criteria, including their curricula.

The student convinced about 30 medical schools in the UK to have their own students evaluate them against similar criteria. The results suggest that the integration of climate change and sustainability concepts into medical school curricula ranges from 7% to 74%. "Some medical schools don't even really teach it as an elective," laments Hannah Chase, quoted by the British newspaper The Guardian.

Others, however, are planning to review their plans: this is the case of Oxford University, which plans to offer courses on climate change to first and second year medical students starting in 2022. But there is still a long way to go before all university programs are up to speed, regardless of their specialization.

Integrating the ecological transition into all curricula
The same is true in France. According to a report published in 2019 by the think tank The Shift Project, only 11% of the training courses offered currently address climate-energy issues in a mandatory way. The study was conducted among 34 higher education institutions (engineering schools, universities, business schools, etc.) in France.

While some university courses related to the environment have emerged in recent years in France (particularly in the field of science and engineering), courses that offer teaching units focused on ecology are most often offered as part of specialized masters programs.

In September 2019, an editorial published in French paper Le Journal du Dimanche signed by 80 institutional leaders and more than 1,000 teacher-researchers called on the government to "initiate a higher education transition strategy positioning climate as the primary emergency."

The Ministry of Higher Education responded to this call in 2020 with the creation of a working group, mostly composed of associations and student unions. The initiative resulted in the publication of concrete proposals in March 2021 aimed at sustainably integrating the issue of ecological transition into higher education programs.

The students' main recommendations are unequivocal: "Integrate the ecological transition in a transversal way in the curricula, whatever the field of study, so that all students can be actors of change in their profession and their life as citizens."

Tweets by @forbesindia
Reemploying India: How can we create the jobs millions of Indians need?
The team makes the leader: Kapil Dev