(Climate) Change Is In the Air

Sustainable development and reducing vulnerability to climate change are not two sides of the same coin, but complementary 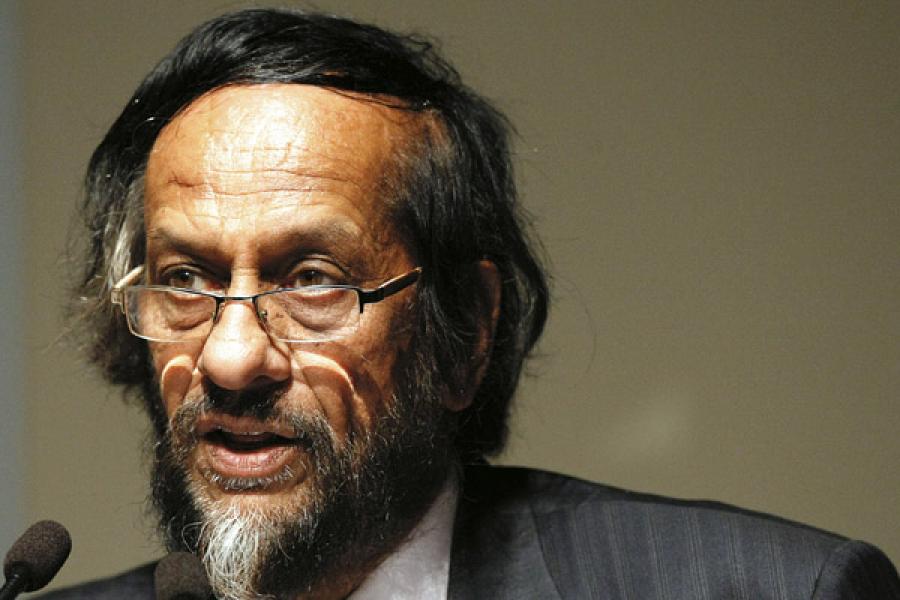 RK Pachauri
AGE:  71
Position:  Director-General
of The Energy and Resources Institute; chairman of the Intergovernmental Panel on Climate Change, which won the Nobel Peace Prize in 2007
Contribution:  Has led cutting edge research into the cause and effects of climate change which are presented in the form of IPCC Assessment Reports

The commonly used definition of sustainable development embraces development that meets the needs of the present without compromising the ability of future generations to meet their own needs. But there is also the need for integrating climate change in development policies and strategies.  Simply put, climate change hurts not just different regions, but its effects are serious for some extremely poor communities. A recent special report on ‘Managing the Risks of Extreme Events and Disasters to Advance Climate Change Adaptation’ brought out by the Intergovernmental Panel on Climate Change (IPCC) has many findings that need to be taken seriously in devising development policies. For instance, even when the humanitarian aspect of climate change is not taken into account, economic losses provide enough reasons to avoid its impact.

The report found economic losses from weather- and climate-related disasters have increased but with large spatial and inter-annual variability. Global weather- and climate-related losses in the last few decades reflect mainly monetised direct damages to assets, and are unequally distributed. Estimates of annual losses have ranged since 1980 from a few billion dollars to above 200 billion dollars in 2010, with the highest value for 2005—the year of Hurricane Katrina. These estimates are actually lower as many aspects, such as loss of human lives, cultural heritage, and ecosystem services, are difficult to value and monetise. Also, the impact on the informal or undocumented economy as well as indirect economic effects can be critical in some areas and sectors but are generally not included in the estimates. These losses, if taken into account, make a strong case for reducing greenhouse gas (GHG) emissions at the global level. At the local level, however, we must create the capacity to adapt to disasters which, as scientific evidence shows, is occurring with increasing frequency and intensity.

The mitigation of GHG emissions has many other benefits. The IPCC’s Fourth Assessment Report (AR4) shows there is substantial economic potential for mitigating global GHG emissions (by offsetting the projected growth of global emissions or reducing them below current levels) over the coming decades. Interestingly, analysis suggests that mitigation opportunities with net negative costs can reduce emissions by about 6Gt (gigaton) of CO2 equivalent/year in 2030. Realising this, of course, requires dealing with implementation barriers. The economic mitigation potential, which is generally greater than the market mitigation potential, can only be achieved when adequate policies are in place and barriers removed.

Future energy infrastructure investment decisions, expected to total over 20 trillion dollars between 2005 and 2030, will have long-term impact on GHG emissions because of the long lifetimes of energy plants and other infrastructure capital stock. The widespread diffusion of low-carbon technologies may take many decades, even if early investments are made attractive. Initial estimates show that returning global energy-related CO2 emissions to 2005 levels by 2030 would require a large shift in the pattern of investment, although the net additional investment required ranges from a negligible 5 to 10 percent.

These estimates must take into account the climate change that could be avoided and the risk reduction achieved. Economic, including insured, disaster losses related to weather, climate, and geophysical events are higher in developed countries. Fatality rates and economic losses expressed as a proportion of GDP (gross domestic product) are higher in developing countries. Between 1970 and 2008, over 95 percent of deaths from natural disasters occurred in developing countries. Middle-income countries with rapidly expanding asset bases have borne the largest burden. From 2001 to 2006, losses amounted to about 1 percent of GDP for middle-income countries, while it was about 0.3 percent for low-income and less than 0.1 percent for high-income countries, based on limited evidence. In small, exposed countries, particularly developing island states, losses as a percentage of GDP have been high, exceeding 1 percent in many cases and as much as 8 in the extreme ones, averaged over both disaster and non-disaster years for 1970 to 2010.

It is likely that climate change can slow the progress towards sustainable development either directly through exposure to adverse impacts or indirectly through erosion of the capacity to adapt.

Climate change will interact at all scales with other trends in global environmental  and natural resource concerns, including water, soil and air pollution, health hazards, disaster risk and deforestation. Their combined impact may be compounded in the absence of integrated mitigation and adaptation measures.

One aspect of development policy that received little attention from policy makers at the national level and those who design development assistance programmes at the global level relates to the challenge of providing energy.

Over 1.3 billion people globally have no access to electricity and well over 2 billion are still dependent on biomass, often of poor quality, for cooking. The development and dissemination of renewable energy (RE) technologies as part of development can provide clean and sustainable energy faster, particularly in rural areas of developing countries.

Government policies are crucial in accelerating the deployment of RE technologies. Energy access and social and economic development have been the main drivers in most developing countries, whereas secure energy supply and environmental concerns have been most important in developed countries.

The focus of policies is broadening from RE electricity to include RE heating and cooling and transportation. All this is helped by the decline in cost of most RE technologies, which could go down further by more advancements.

Examples of potential technological advancements include: New and improved feedstock production and supply systems, biofuels produced via new processes and advanced biorefining; advanced PV and CSP (photovoltaic and concentrated solar power) technologies and manufacturing processes; enhanced geothermal systems; multiple emerging ocean technologies; and foundation and turbine designs for offshore wind energy.
All this means that sustainable development will involve creating and implementing a technology vision in every society. While mitigation measures also include lifestyle and behavioral changes, government policy will likely create enabling and facilitating conditions by which technologies are developed and used effectively across every sector of an economic system for creating cost effective and efficient mitigation opportunities.