How The Land Acquisition Bill Will Impact Farmers

Will farmers get a better deal if the standing committee's views are incorporated in the Land Acquisition Bill? 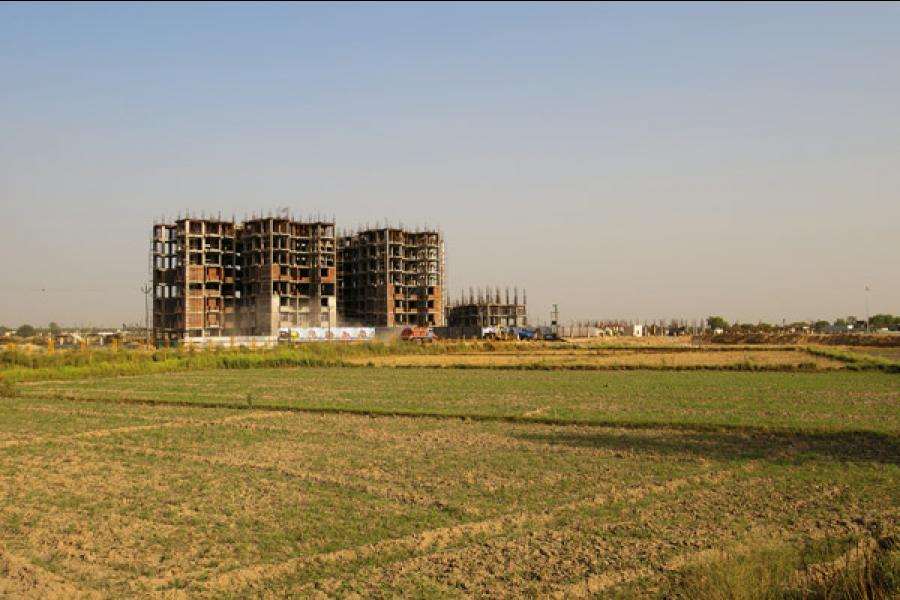 Passing through Bulandshahar, a rapidly urbanising district in Uttar Pradesh known for its rustic politics and dairying, this reporter chanced upon a group of farmers sitting in protest outside a newly constructed apartment.

The farmers occupied a tent that was erected outside the apartment complex. Their complaint was that they were being coerced to sell land for cheap by private players. “We will get only a measly Rs 20 lakh per acre. We should get at least two crores,” said an elderly farmer. Their confidence in the value of their land made the farmers more confident of their choices. They wanted to sell at the right time at the right price.

This is where a report brought out by the standing committee on rural development becomes significant. In it, the committee vehemently opposed the Land Acquisition Bill as per which the government would acquire land on behalf of private players and Public Private Partnerships (PPPs).

The committee was of the view that government should not acquire land on behalf of private players and PPPs. “...why should the state at all be involved in acquiring land, which is the most precious and scarce of the three factors of production…” asks the committee.

Both government and industry, however, are peeved. Rural minister Jairam Ramesh has said that he would not be able to accept the committee’s recommendations and hopes to table the Bill during the monsoon session. CII president Adi Godrej said that it would adversely affect industry, particularly those in manufacturing. “Rather than addressing concerns of the industry over the provisions of compensation and consent required for land acquisition, the recommendations of the committee do not seem to be taking into account the need of the industry, thereby, leaving it to fend for itself,” Godrej said in a statement after the panel’s suggestions were made public.

Others are cautious. “It is one step forward,” says R Singhal, director with mining consultancy, Minsource, but warns that the law will be useless without detailed guidelines on getting landowners’ consent. “The Bill is reasonably balanced. But the aim should be that once I get the consent from the landowners, I should get it hassle free.” Singhal also said that for an industrialist acquiring land is cumbersome as titles are not clear and it is difficult to get land in tribal areas. “The Bill has made a promise but implementation could be difficult.”

Farmers and tribals in central India often have to face threats from land sharks and are forced to sell cheap. The Bill has covered some ground in terms of ensuring that the sellers’ interests are protected.

Former secretary in the rural development ministry NC Saxena says the Bill is quite sound in principle. As the compensation has been kept high, private players will have to think twice before going in for acquisition and, on the other hand, farmers’ interests have been kept in mind in terms of provision of compensation. “If a farmer wants to get out of agriculture, he should be able to expect the correct price for his land and for this state intervention is a must,” says Saxena.

National Highways Builders Federation secretary general M Murali said the Bill would help complete road projects faster. “Litigation would come down if higher rates were to be given to the land owners. And if land can be allotted to the developers on time, then the completion time would also improve drastically.”