This time in our annual edition focusing on the movies and its superstars, instead of focussing squarely on Bollywood, we have narrowed the spotlight down to four industries in South India—Telugu, Tamil, Malayalam and Kannada—for a couple of reasons. Read on, and subscribe to Forbes India to get early access to our inaugural South celebrity special issue 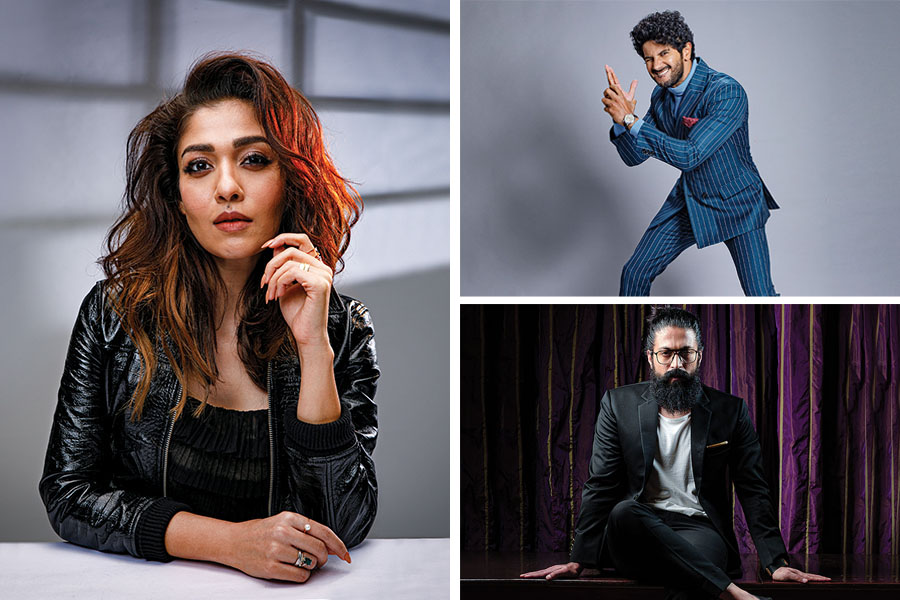 Clockwise: Nayanthara, Dulquer Salmaan, and Yash
Earlier this year, in his column for Forbes India on the future of the entertainment industry in 2021, Siddharth Roy Kapur, founder of Roy Kapur Films, made an interesting observation. He said that in the wake of the first Covid-19 wave in the country, Hindi films being screened in theatres in the first quarter of 2021 saw a tepid response, with single-digit occupancies of 5 to 7 percent, going up to 30 percent in rare cases. There was just one exception to the rule: Southern states, where occupancies varied between 30 and 100 percent.

Tamil film Master, starring Vijay, ran to packed houses even in movie theatres despite after arriving on an OTT platform. Telugu film Uppena did good business, while Kannada film Roberrt raked in nearly Rs 60 crore on its four-day opening weekend alone, Roy Kapur said. “Film industries in the South have managed to instill a confidence that had begun to wane in producers and filmmakers alike,” he wrote.

Even along the way this year, as theatres in Maharashtra remained shut for longer and Covid-19 related curbs affected Hindi-speaking markets, big-budget films in the Hindi film industry started deferring release dates. Examples include Rohit Shetty directorial Sooryavanshi, starring Akshay Kumar, Ranveer Singh, Ajay Devgan and Katrina Kaif; and 83, a film on the Indian cricket team’s historic 1983 World Cup victory, headlined by Ranveer Singh and directed by Kabir Khan. In contrast, the Telugu industry, which is the second biggest industry in India after Hindi in terms of number of film releases every year, saw as many as 125 theatrical releases so far in 2021 despite the pandemic, according to an October 7 report in The Hindu.

One of our columnists in this edition, entertainment industry tracker Sreedhar Pillai, points out that South India has among the highest theatre-going audiences in the country. While that might seem to have limited significance in the emergence of the OTT era, the strong-rooted fan bases that South-Indian film industries enjoy in their respective regions, has kept the spirit of and excitement for cinema alive, both on the big screen whenever possible, and in OTT.

When it comes to OTT, our other columnist, filmmaker Anjali Menon, says that the South, particularly the Malayalam film industry, has had a much quicker response to the pandemic compared to other industries including Hindi. This ranges from adapting to different ways of filmmaking given restrictions, to coming up with experimental, interesting ‘Covid-cognisant’ narratives.

Industries in the South have shined over OTT this year too, with big budget or superstar-led releases like Soorarai Pottru starring Suriya in Tamil, Tuck Jagadish with Nani in Telugu, Malayalam film Drishyam 2 starring Mohanlal or Fahadh Faasil’s brilliant back-to-back roster of direct-to-digital Malayalam releases like Joji, Malik, and Irul. This has bolstered the march, which had already started, of films in Tamil, Malayalam, Telugu and Kannada appealing to a pan-Indian audience by transcending geographical boundaries.

This year’s three-cover celebrity edition of Forbes India, therefore, attempts to capture and represent the four vibrant South-Indian language industries, with a mix of actor and filmmaker profiles and interviews, along with extensively reported stories on how films and shows from the South have captured the attention [and money] of OTT platforms, and how the ‘non-Hindi-English’ social media influencers from the South are scripting their success stories. We also have a list of Top 30 most influential Instagram stars from South India, curated exclusively for Forbes India by Social Samosa and Qoruz. No prizes for guessing which industry dominates the influence index, but, overall, it is an interesting mix of young and veteran stars.

Our covers feature actors who have attained popularity across regions and languages, and have projects, both recent and in the pipeline, that will strengthen their pan-India appeal. The first of our three cover stories decodes the enduring superstardom and longevity of actor-producer Nayanthara across the male-dominated Tamil, Telugu and Malayalam film industries. As an actor who is known to draw in people to the movies largely on her name, her popularity across languages and regions remains uninterrupted, if not growing stronger. For the second cover article, we talk to actor Dulquer Salmaan on reasons for his tepid OTT presence compared to his peers in the Malayalam industry since the pandemic, and why that is no way an indication of him slowing down his drive to become a bankable pan-India presence in the movies. The third cover story, finally, is about the fascinating journey of actor Yash—how he ran away from his hometown in Mysuru to make it big in the Kannada film industry in Bengaluru, and went on to achieve national popularity to a level that has made the second installment of his film, KGF: Chapter 2, one of the most awaited theatrical releases of 2022.

To get early access to the our very special Forbes India issue, subscribe now. Subscribe to Forbes India’s new digital, print, or print-and-digital plans for the full cover story and the latest from Forbes India. To subscribe today, click here, or on the image below. 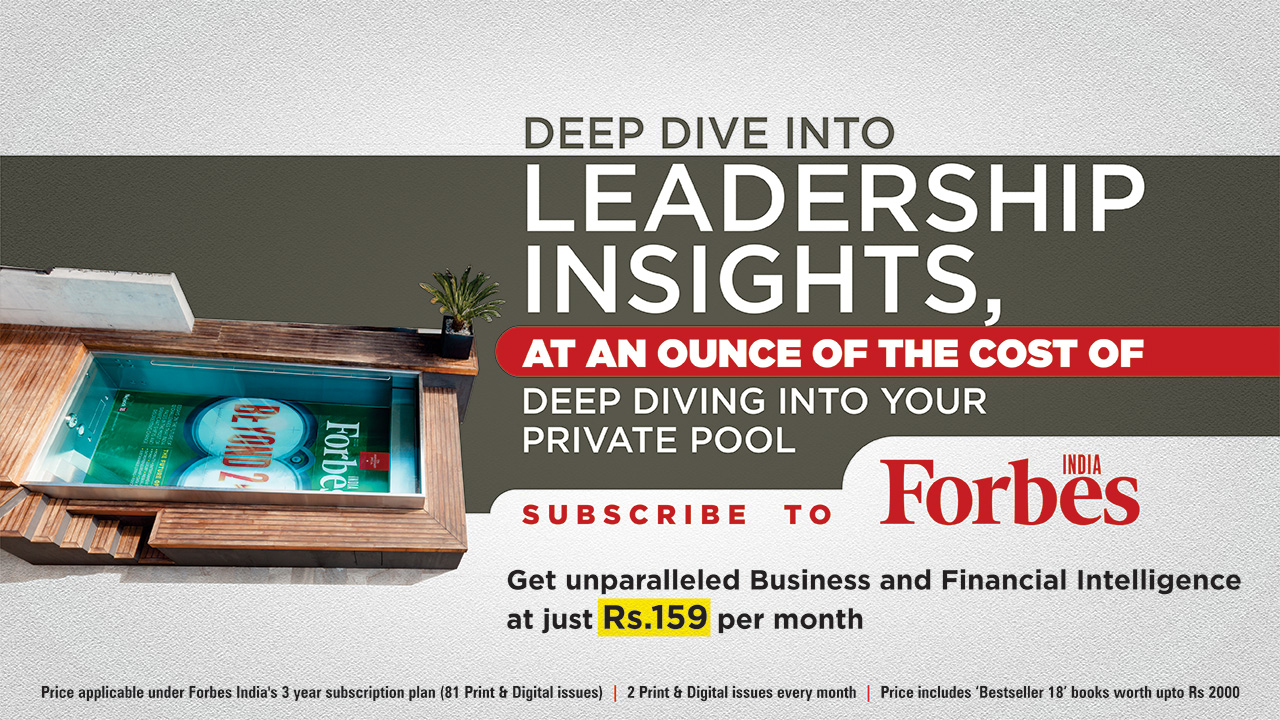 (This story appears in the 22 October, 2021 issue of Forbes India. You can buy our tablet version from Magzter.com. To visit our Archives, click here.)

Tweets by @forbes_india
Rice sacks to the runway: India's battle to rebrand jute
Scientists want to bring back ancient crops to save your favourite foods from climate change scarcity