Behind the global appeal of 'Squid Game,' a country's economic unease 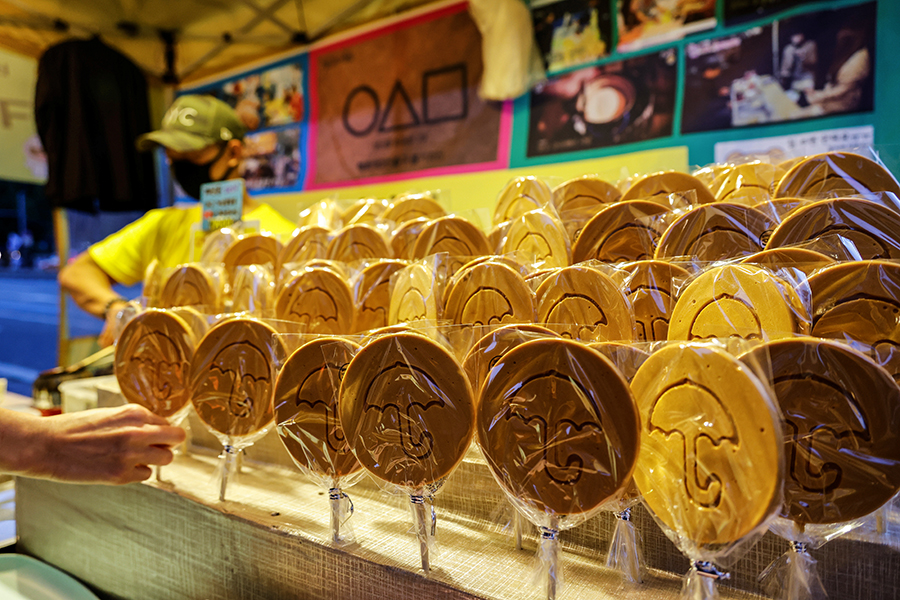 Koo Yong-hyun, a 35-year-old office worker in Seoul, has never had to face down masked homicidal guards or competitors out to slit his throat like the characters in the show do. But Koo, who binge-watched “Squid Game” in a single night, said he empathized with the characters and their struggle to survive in the country’s deeply unequal society.

Koo, who got by on freelance gigs and government unemployment checks after he lost his steady job, said it is “almost impossible to live comfortably with a regular employee’s salary” in a city with runaway housing prices. Like many young people in South Korea and elsewhere, Koo sees a growing competition to grab a slice of a shrinking pie, just like the contestants in “Squid Game.”

Those similarities have helped turn the nine-episode drama into an unlikely international sensation. “Squid Game” is now the top-ranked show in the United States on Netflix and is on its way to becoming one of the most-watched shows in the streaming service’s history.

“There’s a very good chance it will be our biggest show ever,” Ted Sarandos, a co-chief executive at Netflix, said during a recent business conference.

Culturally, the show has sparked an online embrace of its distinct visuals, especially the black masks decorated with simple squares and triangles worn by the anonymous guards, and a global curiosity for the Korean children’s games that underpin the deadly competitions. Recipes for dalgona, the sugary Korean treat at the center of one especially tense showdown, have gone viral.

Like “The Hunger Games” books and movies, “Squid Game” holds its audience with its violent tone, cynical plot and — spoiler alert! — a willingness to kill off fan-favorite characters. But it has also tapped a sense familiar to people in the United States, Western Europe and other places: that prosperity in nominally rich countries has become increasingly difficult to achieve as wealth disparities widen and home prices rise past affordable levels.

“The stories and the problems of the characters are extremely personalized but also reflect the problems and realities of Korean society,” Hwang Dong-hyuk, the show’s creator, said in an email.

He wrote the script in 2008 as a film, when many of these trends had become evident, but overhauled it to reflect new worries, including the impact of the coronavirus. (Minyoung Kim, head of content for the Asia-Pacific region at Netflix, said the company was in talks with Hwang about producing a second season.)

“Squid Game” is only the latest South Korean cultural export to win a global audience by tapping into the country’s deep feelings of inequality and ebbing opportunities. “Parasite,” the 2019 film that won best picture at the Oscars, paired a desperate family of grifters with the oblivious members of a rich Seoul household. “Burning,” a 2018 art-house hit, built tension by pitting a young deliveryman against a well-to-do rival for a woman’s attention.

South Korea boomed in the postwar era, making it one of the richest countries in Asia and leading some economists to call its rise the “miracle on the Han River.” But wealth disparity has worsened as the economy has matured.

As South Korean families have tried to keep up, household debt has mounted, prompting some economists to warn that the debt could hold back the economy. Home prices have surged to the point where housing affordability has become a hot-button political topic. Prices in Seoul have soared by more than 50% during the tenure of the country’s president, Moon Jae-in, and led to a political scandal.

“Squid Game” lays bare the irony between the social pressure to succeed in South Korea and the difficulty of doing just that, said Shin Yeeun, who graduated from college in January 2020, just before the pandemic hit.

Now 27, she said she had spent more than a year looking for steady work.

“It’s really difficult for people in their 20s to find a full-time job these days,” she said.

South Korea has also suffered a sharp drop in births, generated partly by a sense among young people that raising children is too expensive.

“In South Korea, all parents want to send their kids to the best schools,” Shin said. “To do that, you have to live in the best neighborhoods.” That would require saving enough money to buy a house, a goal so unrealistic “that I’ve never even bothered calculating how long it will take me,” Shin said.

“Squid Game” revolves around Seong Gi-hun, a gambling addict in his 40s who does not have the means to buy his daughter a proper birthday present or pay for his aging mother’s medical expenses. One day he is offered a chance to participate in the Squid Game, a private event run for the entertainment of wealthy individuals. To claim the $38 million prize, contestants must pass through six rounds of traditional Korean children’s games. Failure means death.

The 456 contestants speak directly to many of the country’s anxieties. One is a graduate from Seoul National University, the nation’s top university, who is wanted for mishandling his clients’ funds. Another is a North Korean defector who needs to take care of her brother and help her mother escape from the North. Another character is an immigrant laborer whose boss refuses to pay his wages.

The characters have resonated with South Korean youth who do not see a chance to advance in society. Known locally as the “dirt spoon” generation, many are obsessed with ways to get rich quickly, like with cryptocurrencies and the lottery. South Korea has one of the largest markets for virtual currency in the world.

Like the prize money in the show, cryptocurrencies give “people the chance to change their lives in a second,” said Koo, the office worker. Koo, whose previous employer went out of business during the pandemic, said the difficulty of earning money is one reason South Koreans are so obsessed with making a quick buck.

“I wonder how many people would participate if ‘Squid Game’ was held in real life,” he said.