Faced with financial woes, the Burning Man festival is auctioning off a host of treasures 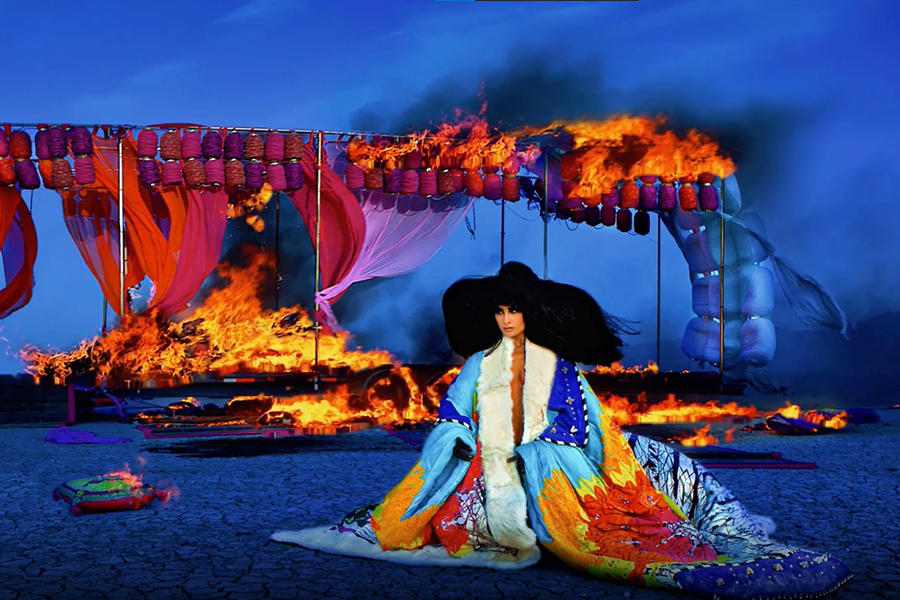 The "Ascension" (2021) NFT by Peter Ruprecht goes under the hammer as part of the "Boundless Space... The Possibilities of Burning Man" auction.
Image: Courtesy of Sotheby's

It's been two years since the flames went out at Burning Man. Faced with these successive cancellations, the American festival's organizers have joined forces with the auction house Sotheby's to sell off sculptures, paintings, collectibles, NFTs and mutant vehicles, as a way to ensure the survival of the artistic gathering.

For over 30 years, tens of thousands of people have flocked to the Black Rock Desert in Nevada for a week to build a temporary city. While this internationally renowned creative gathering was one of the many victims of the pandemic, its organizers hope to keep its spirit alive with the help of Sotheby's.

In September, the two institutions launched "Boundless Space... The Possibilities of Burning Man," an initiative that includes seminars, an art exhibition at Sotheby's New York galleries, and an online auction. The auction includes more than 180 works created by 170 artists from Burning Man's global network. Among them are sculptures, avant-garde vehicles and the gigantic structures synonymous with Burning Man.

Until October 8, collectors and art lovers can try to acquire a Cadillac DeVille transformed into a futuristic racing car by the American artist David Best—estimated to fetch between $30,000 and $50,000—or a sculpture of a mechanical octopus by Duane Flatmo, estimated at $35,000 to $45,000.

"A provocative force" in the art world

Marian Goodell, chief executive of the non-profit Burning Man Project, hopes that the artists featured in this auction will gain even more visibility. "Burning Man art has been an emergent and provocative force for more than three decades, yet it has remained beyond the span of the traditional art world," she explains. With "Boundless Space," she continues, "we are not, however, seeking legitimacy from established institutions. What we are doing is experimenting with new kinds of collaborations in the interest of sharing our culture with an ever-widening circle of participants, and celebrating and advancing artists."

Proceeds from the online sale will help fund the Burning Man Project and support the creators "whose art-world profiles will likely be raised through the initiative," according to Sotheby's. For Kim Cook, Burning Man Project's director of creative initiatives, this initiative should help keep the festival afloat for the coming years. "We are confident," she told Artnet News, "that we'll make it through and be back in 2022 stronger than ever, having had time to look at our strategies related to sustainability as well as radical diversity and equity."

Nevada is also looking forward to the return of Burning Man to the Black Rock Desert. And for good reason: the festival "represents an annual injection of $75 million into the Northern Nevada economy," according to the event's organizers.

Tweets by @forbesindia
Behind the global appeal of 'Squid Game,' a country's economic unease
Vodafone Idea: When will it stop playing catch-up with Jio, Airtel?