China had capped the amount of gaming time for children with the stated aim of fighting addiction and froze approvals for new games for nine months, hammering the bottom lines of many companies including sector titan Tencent 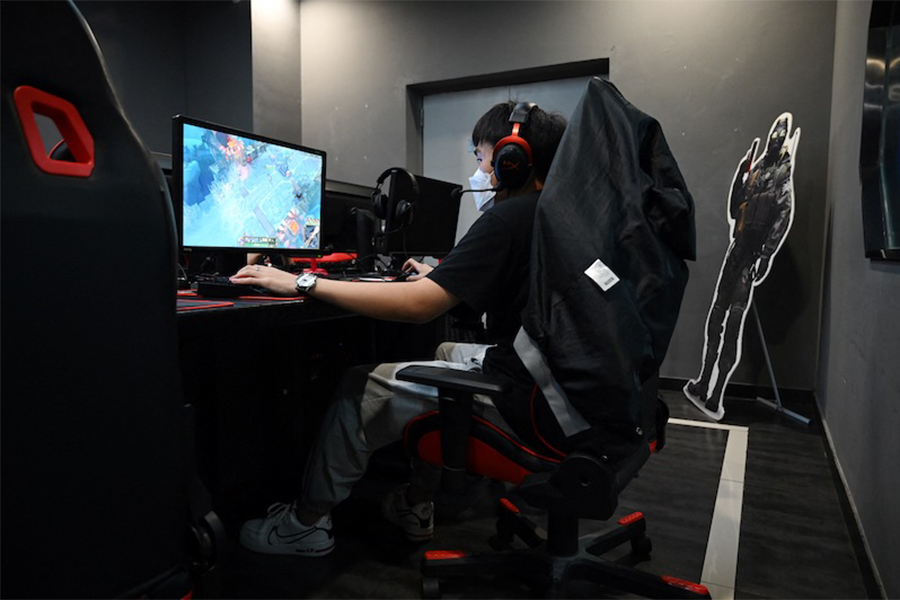 China has approved the release of dozens of new video games, sending the shares of some of its biggest tech firms soaring Wednesday. Image: Greg Baker / AFP

China has approved the release of dozens of new video games, sending the shares of some of its biggest tech firms soaring Wednesday on hopes that a long-running and painful crackdown on the sector is easing.

The announcement follows a report in The Wall Street Journal on Monday that said regulators were wrapping up their investigation into ride-hailing giant Didi and will allow it to register new users.

Officials in China—the world's biggest gaming market—rolled out a series of restrictions last year as part of a sweeping government campaign to rein in huge tech firms.

They capped the amount of gaming time for children with the stated aim of fighting addiction and froze approvals for new games for nine months, hammering the bottom lines of many companies including sector titan Tencent.

Titles from Tencent or rival NetEase were not among the latest approvals, but they did include games from Perfect World and miHoYo—developer of the international hit "Genshin Impact".

"We are delighted to see established studios such as Perfect World, Shengqu Games, MiHoYo, and Changyou obtained approval titles this time, which we believe could indicate higher possibilities for Tencent's and NetEase's titles to be approved in coming batches," said Citi analysts in a note.

"The approval announcement will also send a positive signal of policy support to the overall China Internet sector."

Chinese tech stocks surged in Hong Kong on the news, building on the positive sentiment among investors and analysts after the report on Didi earlier in the week.

During the clampdown, hundreds of Chinese game makers pledged to scrub "politically harmful" content from their products and enforce curbs on underage players to comply with government demands.

Regulatory changes have hit China's tech firms hard, wiping out nearly $2 trillion of market value since a 2021 peak, according to Bloomberg News.

China's economy—the world's second-largest—has been hammered in recent months by a series of major Covid lockdowns, and the government has rolled out a series of measures to resuscitate it.

Official guidance in recent days has called for more "predictable regulation" in tech, suggesting that some segments of government are willing to signal more clearly ahead of policy changes.

Bloomberg News contributed to this story

Tweets by @forbesindia
Tata Neu: Why the cross-selling idea may not sell
Shanghai to lock down again and test 2.7 million as Covid fears linger