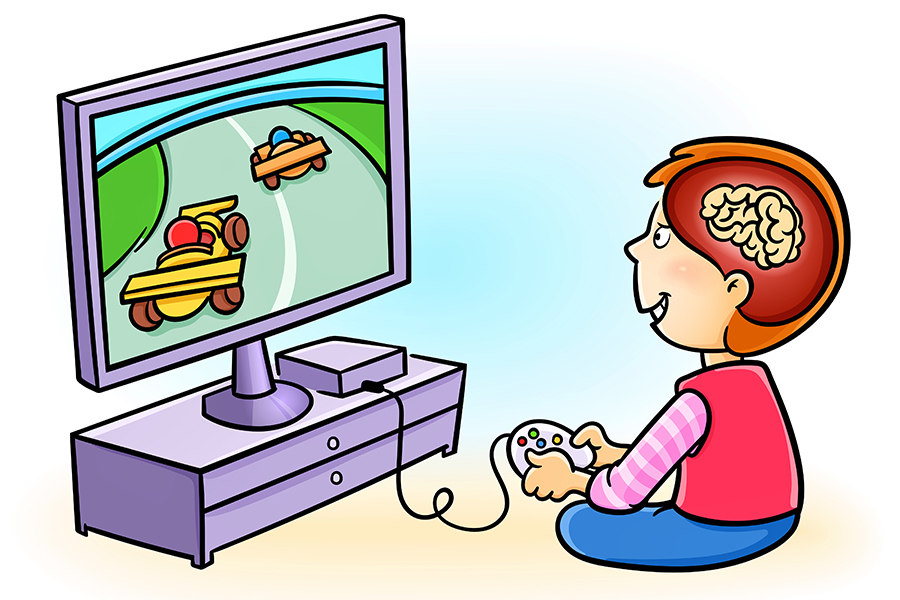 Researchers have found that children between the ages of 8 and 12 who play video games perform better on a variety of tests associated with intelligence and cognitive development.

Can video games play a role in the development of children's intellectual capacities? A recent study on American children undertaken with nearly 10,000 child participants and published in Scientific Reports shows changes in their cognitive performance according to the time they spend on video games.

Aged 8 to 10 years old, the young participants were followed for more than two years. The study also looked at the children's use of social networks. The researchers found no correlation with intelligence and no negative impact on the participants' academic performance.

To define the notion of intelligence in children, the research is based on several characteristics such as "the ability to learn effectively, think rationally, understand complex ideas, and adapt to new situations." In general, the study indicated that playing video games can help children adapt to situations quickly, understand complex ideas, and solve problems with more creativity.

To reach their findings, the researchers compared groups of "players" and "non-players." The children took part in a multitude of 'tasks' or exercises testing for vocabulary, attention, memory and reading and listening comprehension. The results showed better performance from  the children who played video games, even for those who spent several hours a day playing them.

For many years, video games' benefits and dangers have been the subject of intense debate. In the early 2000s, especially after the Columbine massacre, several politicians of different nationalities pointed to video games as being responsible for a rise in youth violence. Since then, many studies have shown that there is no correlation between games and violence and have even tended to indicate cognitive benefits to playing video games.

The omnipresence of digital devices and a proliferation in their uses in every aspect of life mean that children also find themselves increasingly in front of a screen. In 2020, a study by the American Academy of Child and Adolescent Psychiatry estimated the average amount of time children aged 8 to 12 spend on screens to be between 4 and 6 hours per day. Whether it's to play, learn, watch or socialize, digital media have assumed a dominant place in our lives. The succession of hours on the screens can cause sleep disorders, visual fatigue or neglect physical activities. However, many researchers remain convinced of the benefits of video games in learning.

Tweets by @forbesindia
Madhumita Agrawal and Dinkar Agrawal at Oben EV on how India's EV ecosystem is beginning to mature
From Mexico to Indonesia, here are the world's most visited countries on Google Street View