In recent years, Microsoft has shifted its focus from its Xbox console to a gaming environment where high-powered devices matter less than the flexibility to play games wherever and however consumers want, whether on an old iPhone or a cheap laptop 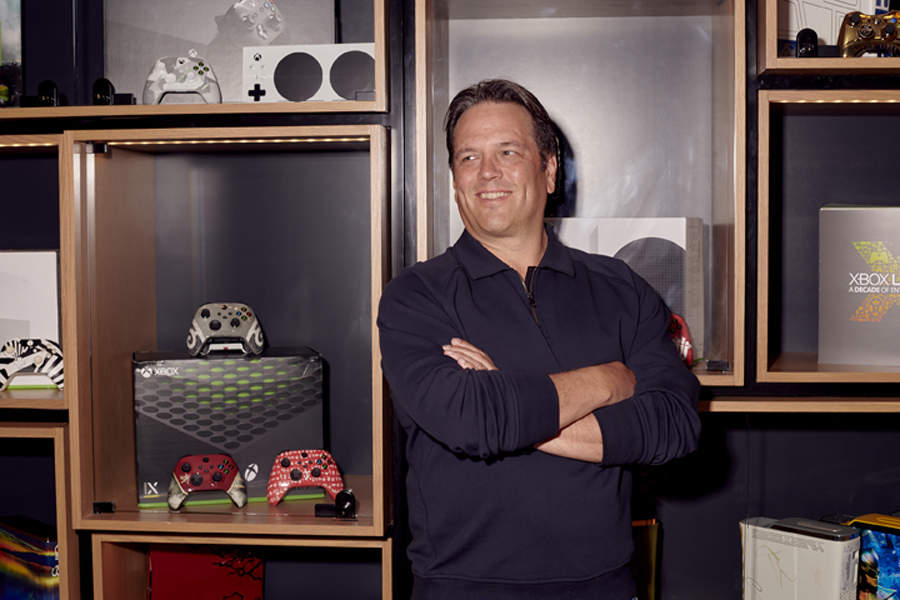 SAN FRANCISCO — It is inevitable now that when a big tech company makes a significant, strategic decision — like Microsoft’s plan to spend $70 billion on video game giant Activision Blizzard — it invokes the metaverse.

The vision for the metaverse, a virtual world where ideas can be exchanged and digital goods can be sold, has become such a font of enthusiasm that Facebook changed its name to Meta last year. Plenty of other companies envision making billions in this virtual bazaar. So when Microsoft said Tuesday that Activision would give it “building blocks for the metaverse,” the rationale sounded familiar.

But it wasn’t exactly correct. To Microsoft, the future of video games looks more like a Hollywood studio trying to build a roster of well-known franchises. It’s about assembling a collection of famous games that can be played on all sorts of devices — and the people who know how to make them. Activision, with famous titles like Call of Duty and Candy Crush and more than 5,000 game developers, has plenty of both.

In recent years, Microsoft has shifted its focus from its Xbox console to a gaming environment where high-powered devices matter less than the flexibility to play games wherever and however consumers want, whether on an old iPhone or a cheap laptop. If the company’s vision of the future is correct, cloud gaming, a still-emerging technology that uses a company’s data centers to stream the game to a device, would provide the power instead.

In such a world, companies would have to distinguish themselves by their content and their ability to offer cheap games across devices — Microsoft has pioneered a $10-a-month Netflix-style video game subscription service — rather than by the quality and brand appeal of their hardware. That strikes a contrast with rival console makers Sony and Nintendo, which are mostly still following traditional models.

And now, by snatching up a new portfolio of studios, Microsoft is ensuring that millions of Activision’s players will come under its increasingly giant gaming umbrella.

Activision helps Microsoft broaden its influence over players who like shooter games like Call of Duty, those who participate in competitive video gaming leagues devoted to games like Overwatch and Hearthstone, and the massive audience of mobile gamers, particularly in Asia.

Microsoft does not have a robust mobile gaming offering, but a crown jewel of Activision is the mobile game maker King, which recorded about $1 billion in operating profit in the last year. Notably, it makes Candy Crush, the matching phone game with vibrant colors and loud sound effects that, according to mobile research firm SensorTower, has generated $7.1 billion in player spending since 2014.

Most important, Activision deepens the appeal of Xbox Game Pass, the subscription service that has forced the gaming industry to rethink how it can best make money. While many fans of games produced by Sony still pay for each game individually, Game Pass subscribers pay a flat fee of $10 or $15 per month in exchange for access to hundreds of titles — which will now include some of Activision’s biggest games.

It’s no accident that Microsoft’s announcement of the Activision purchase included news about a Game Pass milestone: 25 million subscribers.

Microsoft is still making a risky bet. It is asking gamers to follow its vision, unplug from consoles and use newer, often-buggy tools to stream games directly to older devices, rather than stick with the tried-and-true system and buy a sleek new PlayStation 5 from Sony. Apple has barred such gaming services from its iPhones. Given the uncertainty, it doesn’t hurt to have the appeal of Activision’s studios to offer as a reward for sticking with games played through Microsoft.

Asking how Call of Duty fits into Microsoft’s vision is like asking “how does ‘Friends’ fit into Netflix,” said Michael Pachter, a gaming analyst with Wedbush Securities. “Content’s important — Netflix wouldn’t exist without content to stream.”

Microsoft has preached its vision of a device-agnostic future as a way of breaking down barriers. Phil Spencer, Microsoft’s chief executive of gaming, said in an interview Tuesday that the company’s goal was to allow the new Activision titles “to reach as many players as possible.”

But Microsoft may be trying to have it both ways. It did not rule out walling off any of its newly acquired titles on Tuesday, and after buying ZeniMax Media and its slate of studios in 2020 for $7.5 billion, it said an eagerly anticipated game, Starfield, would be exclusive to Xbox.

Pachter said even the possibility of such a move could lessen the appeal of Sony’s hardware.

“If you were going out to buy your kid a console this weekend, and your kid only plays Call of Duty, would you buy them a PlayStation 5?” he asked. “I wouldn’t.”

The scale of the deal could prompt antitrust concerns from Washington, and Pachter suggested that federal regulators might seek assurances from Microsoft that it would allow non-Xbox players to continue enjoying Activision’s games.

Microsoft will face other concerns. Activision has been reeling for months over accusations of sexual harassment and discrimination in the workplace, stemming from a lawsuit last summer brought by a California employment agency. Its workers have walked out on the job and called for a union.

Despite Microsoft’s initial hyping of the deal as a foray into the metaverse, it’s not clear how owning more shooter, role-playing and strategy video games helps Microsoft arrive there. Spencer and Bobby Kotick, the embattled chief executive of Activision, offered a more sober explanation in interviews.

Kotick said the goal was to ensure that “on the devices that people play games on today, whether they’re phones or consoles or computers or other screens with microprocessors, that we are delivering the most engaging, the most compelling, the very best games.”

Ultimately, gaming may well end up being what popularizes the metaverse. Daniel Ahmad, a senior analyst at gaming research firm Niko Partners, said Activision regularly evolved games like Call of Duty, updating them with new content and interacting with the community of players. That, he said, could be “a piece of the puzzle for building out these metaverse experiences.”

But such ideas are still quite far away.