Jared Leto has been a star for decades, but it's only now at 50 that he is fronting his first major blockbuster—transforming into a vampire for the new Marvel flick 'Morbius' 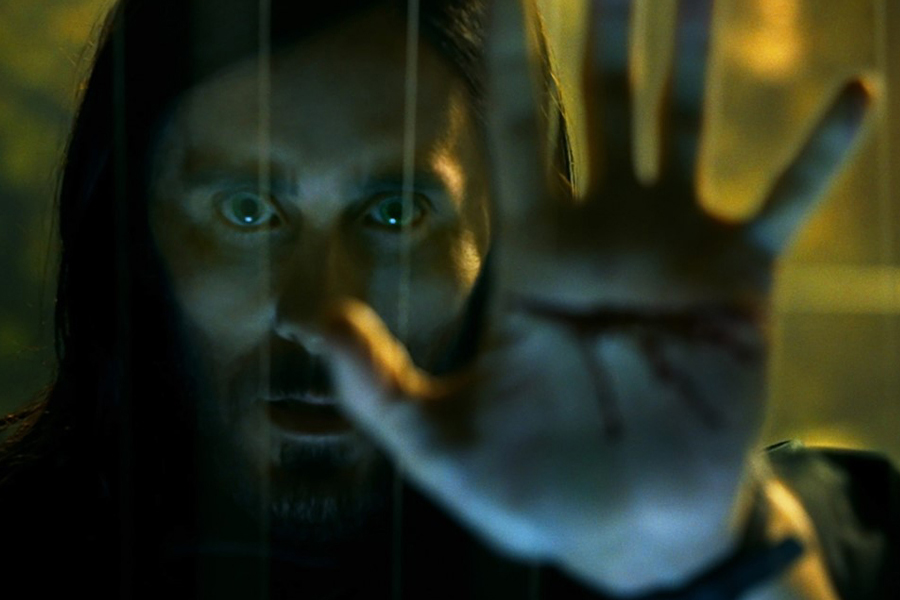 Jared Leto has been a star for decades, but it's only now at 50 that he is fronting his first major blockbuster—transforming into a vampire for new Marvel flick "Morbius".

Leto made his name in more independent and cult projects, such as his Oscar-winning turn in AIDS drama "Dallas Buyer's Club" or as a junkie in "Requiem for a Dream".

But he has no qualms about joining the superhero juggernaut with "Morbius", that is hitting cinemas around the world next week.

"You want Marvel to help pay the bills, then you can sneak in some other movies here and there," he told AFP during a visit to Paris.

"I'm excited. I've done a lot of smaller roles in bigger movies and made a career out of that, so it's interesting to star in a movie thats something new and different—I like a big, fun popcorn movie."

Leto is not a total stranger to superhero flicks, of course, having taken a turn as the Joker in "Suicide Squad".

But now he is creating a character not yet seen in the Marvel Cinematic Universe: Dr Michael Morbius is a scientist suffering from an incurable disease who accidentally turns himself into a vampire while trying to find a cure, and then can't stop killing people for their blood.

"He's not exactly a hero, not a villain. He's somewhere in between—there's a classic Jekyll and Hyde thing happening here," said Leto.

"I liked that there were three characters built into one. There was a significant transformation between them."

I never watch them

For once, Leto was spared the extensive make-up, unlike his almost unrecognisable turn in last year's "The House of Gucci", or the fake nose and teeth he used for his creepy serial killer in "The Little Things".
"Originally they wanted to use prosthetics with the monster and I pushed them to embrace technology and CGI. I'm glad we did because it gave us a lot more freedom," he said, referring to computer generated imagery.

"I worked with people that have rare diseases. There was a certain way of walking that's actually common with stroke survivors. I didn't want to just get a cane and have a little limp or something—I wanted to make it specific."

Leto first became a star in the 1990s as the heart-throb in teen drama "My So-Called Life" and has popped up in lots of cult favourites, including "Fight Club", "American Psycho" and "Blade Runner 2049".

Not that he has seen any of these—Leto hasn't watched himself on screen since the premiere of "Requiem for a Dream" at Cannes in 2000.

"I never watch them. The whole goal as an actor is to be unselfconscious. So I do everything I can not to be thinking about myself from the outside," he said.

"That way, I never repeat myself. Maybe that's why my characters are so different."