Fortunately, a young associate by the name of George Lucas, who would go on to create the Star Wars franchise, insisted that Coppola take the job 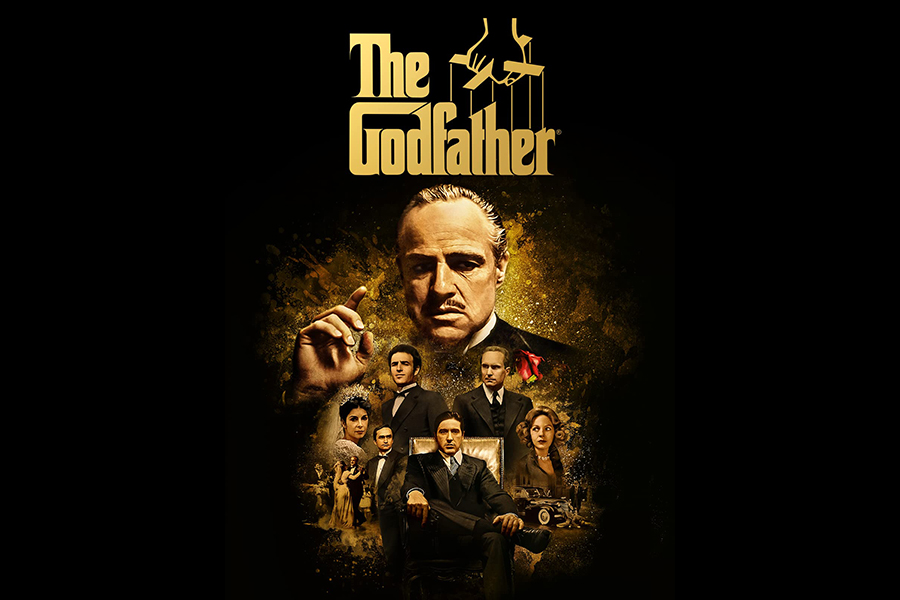 Released 50 years ago this week, "The Godfather" broke all box office records, won best picture at the Oscars and introduced millions of fans to a world of mafia bosses, murder-for-hire and cannoli.

"I was greatly disappointed when I first started to read... it was really a potboiler that Mario Puzo had written to get some money (for) his kids," Coppola told a 50th anniversary screening event at the Academy Museum of Motion Pictures in Los Angeles late Monday.

Fortunately, a young associate by the name of George Lucas insisted that Coppola take the job, as their fledgling, counter-cultural film studio American Zoetrope was heavily in debt.

"'Francis, we need the money! The tax authority is going to chain the front door... You've got to take a job like this'," Coppola recalled the future "Star Wars" creator saying.

The Godfather—released on March 24, 1972, in an unusually large number of theaters from day one—was by September the highest grossing film of all time, supplanting "Gone with the Wind."

In doing so, it helped usher in the blockbuster era, which truly took flight when Steven Spielberg's "Jaws" took over the box office record three years later.

According to Peter Biskind's book "Easy Riders, Raging Bulls," Coppola won a bet that Paramount would buy him a stretch limo if the film grossed $50 million. It grossed more than $130 million.

Coppola became the first superstar director, with the financial clout to back up his artistic credentials.

"It was the beginning of a new era for directors," wrote Biskind.

But in many ways, "The Godfather" was an unlikely hit.

By 1972, gangster films had fallen out of fashion. Paramount had released "The Brotherhood" starring Kirk Douglas four years earlier, and it had bombed.

But Mario Puzo's mafia novel was soaring in popularity, and the same studio held the rights.

Still, Paramount had trouble finding a director—Hollywood's reigning auteurs like Elia Kazan, Costa-Gavras and Peter Bogdanovich turned it down.

Though he was a leader in the New Hollywood movement of hot-shot, anti-establishment young directors, Coppola did not have a major hit to his name, and was approached in part due to his Italian ancestry.

"If it got a lot of pushback from offended Italian Americans who felt that it was casting aspersions on Italians, I would get the heat, you know?" said Coppola.

While Paramount wanted a quick, cheap adaptation, Coppola fought for a bigger budget, insisting the film be shot in New York, in its original 1940s setting rather than the present day.

"The budget was about $2 million, $2.5 million. And by my wanting to make it in New York and make it in period 1945, it meant that probably that was going to at least get doubled," recalled Coppola.

"Which they were not happy about at all."

Paramount production chief Robert Evans, a major Tinseltown player who had bought the film rights, battled with Coppola over casting.

The only star name attached—Marlon Brando—was washed up, while Al Pacino was a relative unknown, and not the "tall, handsome guy" Evans wanted.

"Al is very handsome, but in his own unique way," joked Coppola.

He added: "All the women just liked him a lot. Al Pacino was very attractive to girls. I was wondering why exactly. But this has always been the case."

"Nonetheless, when I suggested Al Pacino for the part, people at Paramount really started to wonder if they had chosen the wrong person."

As it turned out, "The Godfather" won best picture, Brando won best actor, and Coppola and Puzo shared the Oscar for best adapted screenplay.

Pacino was one of three stars in the movie nominated for best supporting actor, along with James Caan and Robert Duvall. The film had 11 nominations overall.

In a sign of its enduring legacy, Coppola was honored with a star on Hollywood's Walk of Fame this week in the run-up to Sunday's Oscars, and the Academy Museum announced a new gallery devoted to the film.

"'The Godfather' was so much more successful than anyone thought it was going to be," said Coppola.

Tweets by @forbesindia
What is green steel and why are car makers excited about it?
'Shoppable livestream is the next big thing', SUGAR's Amrita Shinde