Matt Reeves' 'The Batman' finds Bruce Wayne in only his second year as Batman, when his nocturnal detective work has not yet earned him the trust of Gotham's police or public 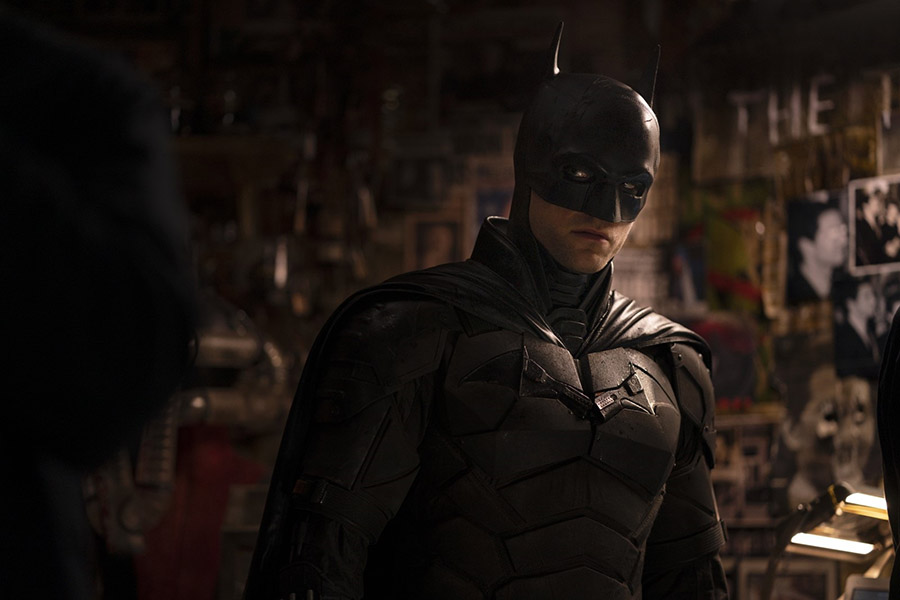 Robert Pattinson had never been interested in playing a superhero—until Ben Affleck quit his role as Batman, leaving the famous cape unexpectedly up for grabs.

Having spent the past decade mainly working on critically acclaimed arthouse movies, former "Twilight" actor Pattinson requested a meeting with the filmmakers entrusted by Warner Bros. to revitalize the beloved franchise.

"He sought me out... and somewhere in that meeting, he brought up Batman," producer Dylan Clark told AFP.

Although Pattinson, now 35, appeared to feel "a little bit suspiciously" about fronting a "giant big studio movie" again, he was "genuinely interested in the character of Batman and Bruce Wayne," said Clark.

"And he has that jawline, so that was very helpful!" added Clark.

The result is "The Batman," out in US theaters on March 4, starring Pattinson and directed by Clark's "Dawn of the Planet of the Apes" collaborator Matt Reeves.

It finds Bruce Wayne in only his second year as Batman, when his nocturnal detective work has not yet earned him the trust of Gotham's police or public.

Pattinson's vigilante is still figuring out his tactics and his motivations for stalking the dystopian city's criminals, and his famous villain-busting gadgets are still rough prototypes.

Even compared to Christopher Nolan's gritty trilogy starring Christian Bale, "The Batman" is notable for its macabre, noirish tone.

Pattinson, fresh from a supporting role in Nolan's mega-budget sci-fi film "Tenet," "wanted to play a part that was physical," recalled Clark.

"What he didn't know was that Matt's script was going to take that character on an emotional-physical ride, and that he was going to really have to put himself through the wringer."

This Batman, Clark added, "is a dark hero and he can sometimes come across as an antihero. Vengeance definitely fuels his drive."

The film finds Batman on the heels of the Riddler (Paul Dano)—a serial killer in the sinister style of the real-life Zodiac Killer, or the recent Netflix true-crime series "Mindhunter."

The Riddler claims to be impelled by a sense of justice against Gotham's corrupt elite, and his crimes—broadcast on social media—attract a cult-like following among the city's disaffected and disenfranchised.

"Matt wrote this script two years before we went into productinon (in 2020). I think it was just looking at our world and our landscape and the things that were going on," said Clark.

"The best part about Gotham is it's a mirror to our societies. And I think it was a representation of these people that are feeling on the fringes, and they're disgruntled."

While Clark insists "we're certainly not trying to be political" or "sensational," the movie carries the message that "the world needs faith in their elected officials."

Pattinson takes over the role from Affleck, whose appearances as Batman in two DC Comics-based ensemble superhero movies—"Batman v Superman: Dawn of Justice" and "Justice League"—were poorly received by fans.

Affleck had written, and was also due to direct, a standalone Batman movie, but ultimately withdrew entirely from the franchise at a turbulent time in his personal life, including renewed struggles with alcoholism and his divorce from Jennifer Garner.

"We had come in at a time of transition," said Clark.

"DC had to have some transition. And Ben, I think, was looking at his life, and reflected on where he wanted to be, and made that decision on his own."

Recasting Batman allowed the filmmakers to attempt a "fresh new take" on a franchise that has existed in some form for eight decades.

"Matt's idea was 'Let's try to introduce this new Batman in a place where we have never seen before,'" said Clark.

"It's the most exciting proposition but it's also one of the most terrifying," he added.

"You have to set out with great ambition, because the title, the character, the history is so large.

"The demand is, 'You'd better try to make a great Batman or we're going to hate you.'"

Tweets by @forbesindia
From culture to commerce, sports to travel, the world is shunning Russia
India can face 92% GDP loss by 2100 due to global warming : IPCC report