Theatrical, not OTT, will be the backbone of our business: Apoorva Mehta

The CEO of Dharma Productions says they are actively working on content—for both the big screen and digital platforms—to cater to the changing tastes of audiences. Both the mediums will coexist and grow together, according to the producer 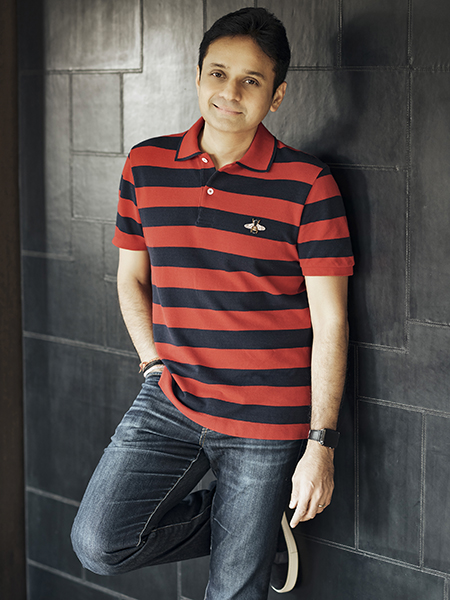 Apoorva Mehta has had to take some tough decisions during the pandemic. The entertainment industry was among the worst hit as lockdowns and restrictions meant theatres remained shut for most part of the past two years. Even when they were operational at 50 percent occupancy in some states, theatres didn’t see much footfall. Amid such uncertainty, Mehta, the producer and CEO of Dharma Productions, says they decided to release their films like Gunjan Saxena: The Kargil Girl and Shershaah on digital platforms. In an interview with Forbes India, he speaks about the audience now putting a premium on content—the idea has to be strong and novel for them to enjoy, consume and immerse themselves in, he says—the future of movies and Dharma’s evolving strategy in these changing times. Edited excerpts:

After a long spell of uncertainty, things are coming back to normal. You must be happy.
I am thrilled. Our business gets impacted the most as it’s a close-contact one. There are 200 people on set on a daily basis, and we take all safety precautions. But the challenge is that the virus is so virulent and spreading rapidly… it’s impossible for us to keep working and someone not getting affected. There’s a lot of backlog—new projects have come up, but the old ones haven’t finished. Shootings have been delayed; release dates have been pushed ahead. But that’s all falling in place now that things are coming back to normal.

What has been your understanding or learnings from what the entertainment sector went through during the pandemic?
Thanks to sitting at home, you’ve been exposed to so much incredible content and great world cinema on OTT (over-the-top) platforms. You immediately realise audience’s tastes and preferences are changing. You get a sense of what’s working and what’s not… what content they are binge-watching, absorbing or enjoying. It’s made you see that people are enjoying more real, relatable stories, human dramas. There’s definitely a bit of a shift in terms of the kind of content we are making. There’s a clear classification of what is going to work on OTT and the kind of content that we’ll aspire to make for theatrical.

Digital—which was being embraced slowly—suddenly became the go-to-platform for both, content creators and consumers. How did you adapt to the change?
In 2018, we had started Dharmatic [where he is managing director]—an arm that would make content for digital platforms. For us, given the success we’ve had in theatrical… it only made sense for us to extend our style of storytelling to digital platforms. There’s a lot of work going on in Dharmatic now. It’s an extension of Dharma in terms of rich and quality content. It gives us the scope to tell stories which can’t be told theatrically.

But will theatre releases be first priority for Dharma if restrictions ease altogether?
Always. We are essentially a film company. The passion for films is something that Karan [Johar] has imbibed in all of us in the organisation. That is the cornerstone of our business. It will always be our driving force. We will, of course, keep making films for theatres, but like everyone, we will also change the content that comes to the theatres. Because you have to evolve and learn based on what you are seeing around you. The audience’s tastes and preferences are evolving because of their exposure to OTT platforms, and generally how the outlook has changed in the last two years. But theatrical will be the backbone of our business.

Do you think people will return to the theatres like before?
In India, films are not a casual outing, it’s a social experience. It’s a place you go to with friends and family. You can’t replicate that experience in the house. The big-screen experience in a theatre is unmatchable. I don’t think that will disappear. Both [theatres and OTTs] will coexist and grow together.

Dharma hit the bullseye with Shershaah in 2021. Gunjan Saxena (2020) also got good reviews. Is that some sort of validation to the choices that Dharma has made in the last two years?
We are blessed that all the content we have put out recently has done exceedingly well. All credit to Karan for picking this content and backing it with all his might. Eventually, it’s all about content.

And now there’s Gehraiyaan—another direct-to-digital release. What has been the response to it?
The response has been overwhelming… it’s doing exceptionally well on the platform, there’s a lot of chatter about the film. There are many strong opinions as well—there are people who are loving it, some are not liking it, but the reality is no one is ignoring it. And that is a position we want to be in—you may love it, have issues with it, but you are certainly watching it. It’s also a new story idea, it’s a moral take on human relationships… these are the kind of dramas that you didn’t think could be made a few years earlier. So this is the evolution… that you have an audience today which is enjoying and consuming this content.

Gehraiyaan has also been panned by many on social media. How do you then gauge the success of your projects… does it depend on what the critics say, the audience at large or purely in terms of revenue?
The metrics of success are based on three things for us, at least for a digital release. How happy is the digital platform with the content. We owe that to them since they have taken the content from us. Their happiness comes from the subscribers they are able to amass and from the existing ones who watch the content. That’s where our happiness also stems from because as creators you want your content to be viewed by maximum people and marketed well. The audience’s reaction… social media is such a strong platform for one-on-one communication. You instantly get an understanding of how they are reacting to the content.

What is Dharma’s strategy going forward? There are some big-budget films that you have announced.
Theatre is our first love and we will continue making cinema for theatrical release. We are also actively doing content for digital platforms. We want to ensure that we are present across both these viewing experiences. There is so much content available today to satisfy the audiences who are loyal to each of these mediums. We are working on a lot of content and the idea is to continue making more content.

As CEO, did you have to take a different path in the past two years?
We had to take some hard decisions. For instance, Gunjan Saxena was ready for a theatrical release. But we realised we can’t keep holding on to the film—there are many stakeholders and there is an absolute P&L of a film that you have to worry about. We had to ensure the safety of our crew and office members. These pandemics make you realise how we take life and freedom for granted. You have a responsibility towards you and all the others around you.

Was Shershaah also meant for a theatrical release?
It was. We held on to the film for a year. We were in a stage of 50 percent occupancy, and some places like Delhi were shut completely. It was seeming like an incorrect decision to not let the film reach many people. We were clear we wanted to release it on Independence Day. On that date, theatres weren’t looking like the right medium. As filmmakers, we aspire that a film is marketed well and it reaches out to as many audiences across the world as it can. Both those objectives were met with a digital release. Shershaah was marketed and mounted like a theatrical film. It was telecast in 220 countries across the world; in a theatrical release, we go out to 90 countries at the most. The bandwidth of what you can achieve on the digital platform is tremendous. The reach is unbelievable. And the content is there to see as per your convenience. There’s an infinite life in that sense. So, in all these aspects, we are happy with our decision and the results are there for all to see.

And what is the business perspective?
It’s my job to ensure that while we achieve that glory, we also make some money so that we can pay the bills. We need to blend the two—the passion and love for cinema has to be matched with a certain amount of return to keep everyone happy, financially as well, not only emotionally.

Tweets by @forbesindia
To understand the 'wow', discover the why: Mamaearth's Ramanpreet Sohi
Why Apple fight and Netherlands' stand matters