To understand the 'wow', discover the why: Mamaearth's Ramanpreet Sohi

Sohi's hands-on approach has helped him master every aspect of the trade. Now he wants CFOs to act smart rather than look smart 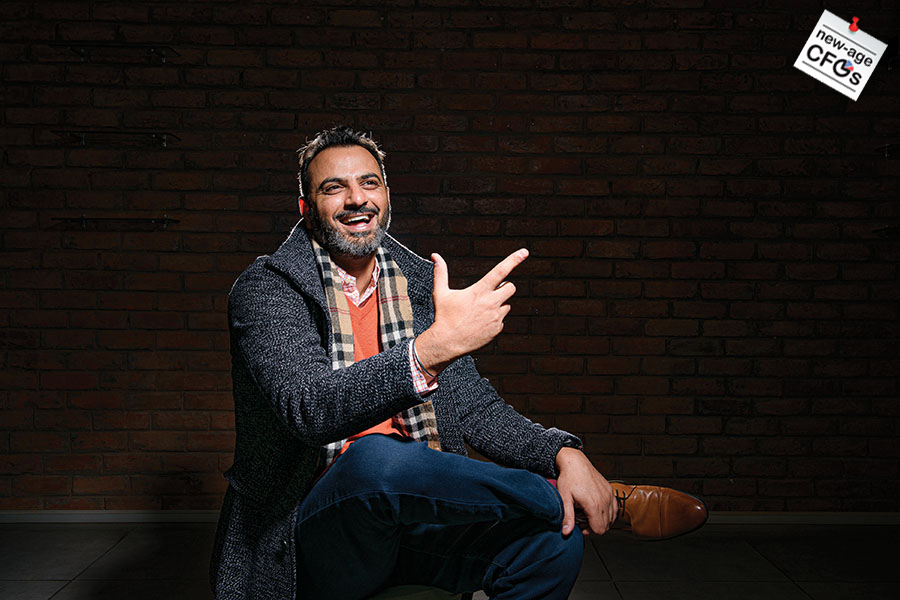 Your job is to solve complexity as the business scales up at a faster clip: Ramanpreet Sohi, CFO, Honasa Consumer
Image: Amit Verma

What is the most crucial thing in finance? The obvious answer would be numbers. Right? Ramanpreet Sohi, though, reckons why the traditional answer is not the right one. “Unless you go behind the numbers, they just remain numbers,” says the 40-year-old CFO at Honasa Consumer, the parent company of direct-to- consumer personal care brand Mamaearth. The most crucial thing in a business, he underlines, is to understand the story of numbers. And like all stories, they have a beginning, middle and end. “Wow can only make sense if you know the why,” he smiles.

The quest to know the ‘why’ of everything has been the story of Sohi. A commerce graduate from Panjab University, Sohi’s curiosity in numbers and stock markets started early. His father served in the army and also invested in stocks. “I always wanted to know why stocks go up and come down,” he recalls.

After completing an MBA in finance from Symbiosis Institute of Management Studies, Sohi started his career in 2005 as an equity analyst with Religare. His job was to track the metals and logistics sectors. The next three years turned out to be his foundation years, when he learnt everything on the job. From reading a balance sheet to understanding how P&L charts work, to how variables impact the financials of a company to slicing and dicing dozens of annual reports, the apprentice got his hands dirty in everything. “Even my MBA did not teach me so much about finance,” he smiles.

Sohi’s second stint, in Dabur, as assistant manager in corporate affairs took him from the theoretical to the practical side of the business. Being part of the team that managed mergers and acquisitions, integration and investor relations, Sohi observed and quickly learnt everything from ground zero. Quite early in his stint, he found himself to be part of the team that bought Fem Care Pharma. One top learning from the acquisition was the value of strategic thinking and how to put value to businesses.

Another buyout for Dabur, which happened to be the first for the FMCG major in the US, brought in its wake a new set of learnings. The most important was how the role of finance leaders was getting reinvented in the US. Numbers and data were being seen through the lens of value, and CFOs were fast evolving as value officers.

Back in India, Sohi also started making investor presentations for CEOs. At the same time, his involvement with FMCG analysts ensured that he got to know their side of the story. When contrasted with the expectation of CEOs and the results delivered, Sohi could analyse how to find the middle ground between both ends of the spectrum. Roles in corporate planning and business development ensured a well-rounded development of the young finance professional. What also helped immensely was finding a mentor in VS Kannan Sitaram, who was chief operating officer of Dabur till 2010. Sohi worked closely with Sitaram. In fact, he shadowed him and picked up the art of financial prudence and judicious spending.

The experience came handy when Sohi quit Dabur, and joined Sitaram in his next innings at India Equity Partners (IEP). In early 2011, IEP bought a majority stake in the Tata group company Innovative Foods, makers of Sumeru frozen food. Sohi’s learning in building and scaling a consumer brand blossomed during Sitaram’s stint as CEO of Innovative Foods. He worked closely with him, was deeply involved in setting up processes, looking into finance, and getting his hands dirty in all departments. The biggest learning was how to ensure growth with limited capital. “Back then, the venture capital (VC) ecosystem was almost missing, and there was not much for consumer brands to raise,” he says.

Fast forward to 2022. VC money is flowing freely, and India has seen an unprecedented run of unicorns last year—Mamaearth happens to be the first in 2022—and Sohi’s company has managed to raise $100 million so far. So in the changed context, how does he see the role of CFOs? Sohi reckons CFOs still have to go beyond the numbers to frame their strategies. The founders in new-age consumer tech companies, he explains, are not chasing plain vanilla growth. “They are after disruptive growth. Our job is to ensure how it can be done,” he says, adding that CFOs have to shift gears along with CEOs.

Sitaram, partner at Fireside Ventures, explains how traditional roles of bookkeepers are changing.  As technology evolved and ERP systems came in, tech-embedded processes took over much of the role of financial control, budgetary control, treasury management, compliance and managing the audit process. “The CFO’s role now has become forward-looking, with the focus on financial planning, mergers and acquisitions,” he contends.

Though till a few years back, a CA qualification was a good thing to flaunt for CFOs, things have changed now. “MBAs are becoming CFOs, ably supported by CAs, treasury experts and legal experts,” says Sitaram. The context too made the shift happen. In fast-growing companies and sectors, the role has to increasingly focus on raising capital, value creation, capital allocation and business risk management. What is required for success is not only an MBA but deep business understanding, which comes from having worked in different businesses, he adds.

Sohi, for his part, sums up the task of new-age CFOs: Keep solving complexities as the business scales up. One has to be a jack of all trades and functions. Degrees just ensure one thing. “They put you up in the race, but they alone cannot help you win the race,” he says. “They can make you look smart, but you need to act smart.” CFOs need to have a pedigree in solving real problems; which comes through hard grind. “Just keep looking beyond the numbers,” Sohi signs off.

Tweets by @forbesindia
Photo Of The Day: Protests for peace
Theatrical, not OTT, will be the backbone of our business: Apoorva Mehta