The 39-year-old CFO of Chalo believes that cutting five percent here and ten percent there to save cost doesn't do much good, while also thwarting growth. Instead he decided to find opportunity in a crisis 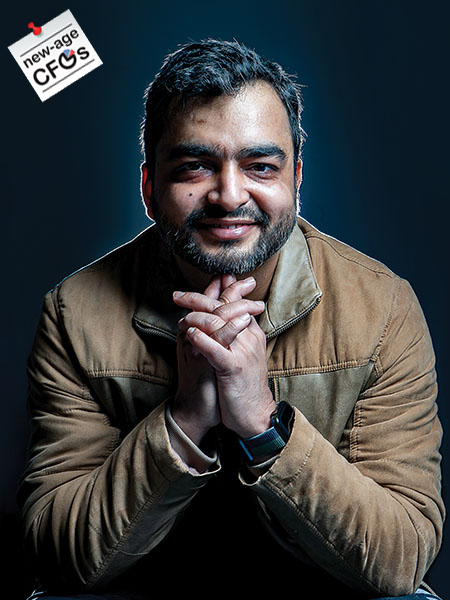 “Five percent here, 10 percent there… how is it going to make an impact?” As an investment banker who started his career with Bank of America in 2005, Vibhor Gupta was baffled with the strong arguments dished out by proponents of cost-cutting. The counter argument, too, carried punch. Sucking out cost can save pennies, but can’t push growth. It can definitely help survive, but kill all chances of flourishing. The IIT-Bombay grad and IIM-Calcutta alum, on the contrary, swears by the power of invisible. “Something which is unseen can be easily overlooked,” says the 39-year-old chief financial officer (CFO) at Chalo, alluding to a kind of cost which is mostly, and conveniently, skipped: Opportunity cost.

Back in July 2020, when Gupta joined Bharat-focussed mobility startup Chalo, the country was still in the midst of the first wave of the crippling pandemic. To make matters worse for the new joinee, who had spent almost a decade at UBS before taking a plunge into the startup world, the travel and mobility industry found itself badly battered. Around 2,000 buses under Chalo’s operations were off the road, which meant almost zero revenue. The startup had raised $15 million in February 2019, and the immediate task for Gupta was to raise more money.

The challenge was hunting for investors. The ravaging pandemic had seeded doubts in the minds of the funders who stayed away from the segment. Gupta spotted opportunity in the crisis. He prepared a business plan, interacted with potential investors, convinced them about the promising prospects of the mobility sector, and reached out to the existing backers with a pitch of a sustainable business with good fundamentals. The need of the hour was not to cut costs but double down on expanding operations. The logic was simple. Gupta wanted the company to be ready to make the most of the tailwinds whenever the pandemic subsided. In December 2020, the company raised an undisclosed amount. The GTV (gross ticketing value) then stood at $31 million.

Nine months later, came another funding round in September 2021. This time, the amount was $40 million, and the GTV had doubled to $62 million. Loaded with money, Gupta pressed on the pedal a month later when Chalo acquired Amazon-backed Shuttl. The guiding force behind the maiden buyout was again the invisible force: Opportunity cost. Shuttl, which reportedly used to fulfil about a lakh rides daily through 2,000 buses across cities such as Delhi-NCR, Pune, Mumbai, Kolkata, and Hyderabad before the outbreak of the pandemic, was Chalo’s best bet to not only expand operations but also give it an urban makeover.

Gupta’s relentless hunt for opportunity cost seems to be paying off. From 2,000 buses in FY20, Chalo is likely to close FY22 with over 10,000 buses; from 13 cities it has taken its footprint to 21 cities; and from 14 million rides last January, it is now at 70 million rides. “If you stay as a bookkeeper, that’s how you would be treated,” reckons Gupta. The biggest opportunity is the opportunity cost. “You have to see what others can’t,” he says, underlining one of the critical qualities of a CFO.

From being easily accessible to being liberal in terms of distribution of power, the new finance honchos on the hot seat today are unlearning as much as they are learning. For Gupta, joining a mobility company in the midst of pandemic was a huge blessing in disguise. “For over a year, it was trial by fire. But the learning is something that no degree can equip you,” he says. 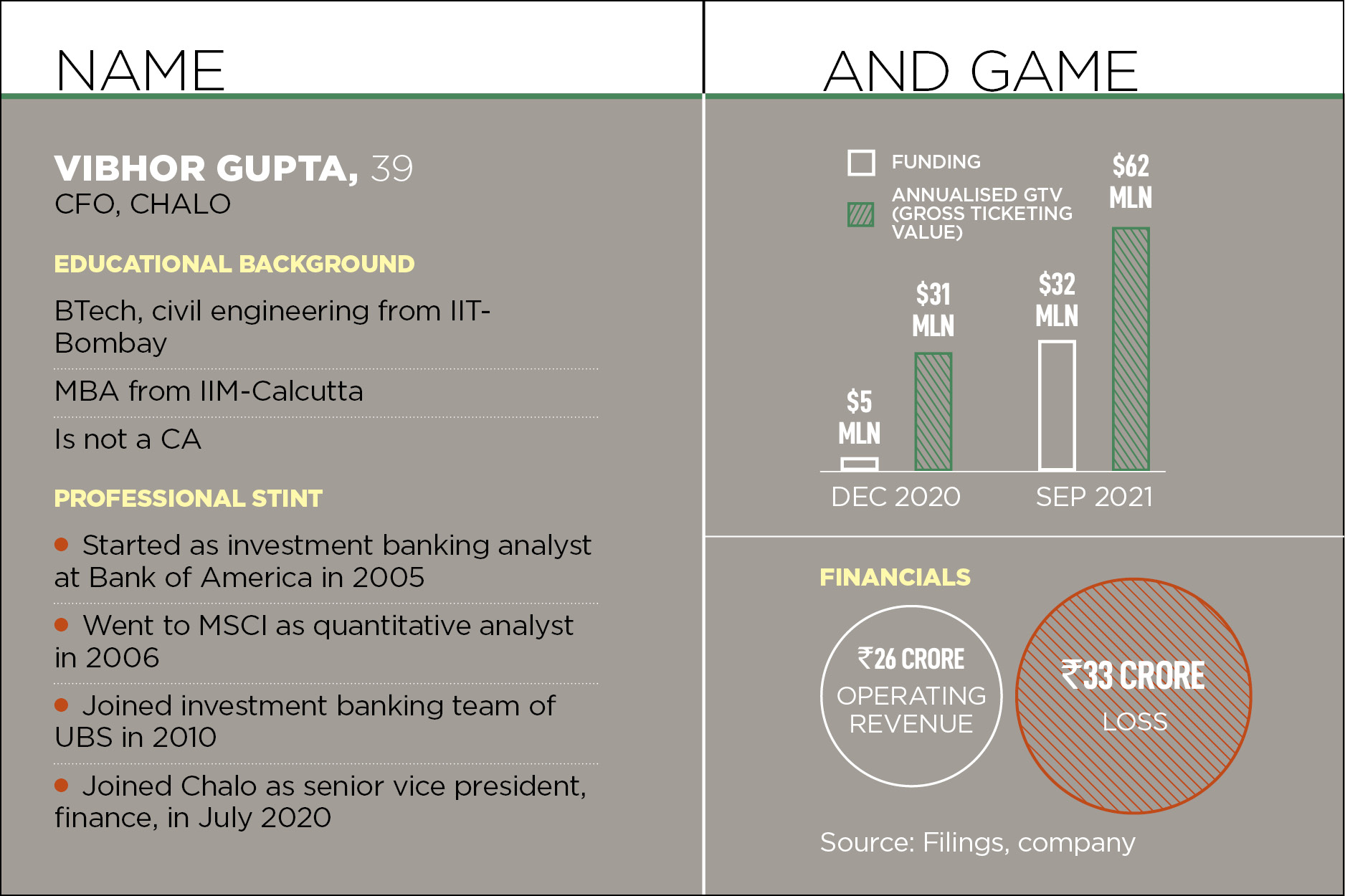 Mohit Dubey, co-founder and chief executive officer of Chalo, reckons that growing companies need CFOs who are future officers rather than mere financial officers. “The traditional role of a number cruncher is dead,” he says.

A CFO’s role in a fast-scaling company such as Chalo, which is growing at 30 percent month-on-month, is very different from the ones who have a sedate pace of growth—maybe 10 to 15 percent annually. In new-age startups, CFOs are all about managing and preparing the company for the future and much less about post-mortem on accounts, auditing history and compliance. “They are strategic partners, digital enablers, and prepare a company to be futuristic,” he says.

Let’s take the role of digital enablers. As software seeps deeper into every business, companies now need to be more tech-oriented and open to a wide adoption of IT in operations. What this means is that almost every part of business—from external offering, internal operations and mundane finance—would need to get automated. So CFOs must not only embrace technology but also understand it well to adopt it. “Eighty percent of their time has to be allocated for the future,” says Dubey.

There’s another distinct personality trait of the new breed of finance leaders. “They are embracing growth, and are not averse to risk,” he says. As technology, markets and products continuously change at a furious pace, CFOs must proactively embrace change. “They just can’t be devil’s advocates,” Dubey underlines.

The third crucial shift has been in the role of being a communicator. With most technology companies being led by techies—and obviously a large part of employees running various functions coming from tech background—CFOs need to speak to them in their language. They need to get them aligned to a good financial modelling and instill prudent decision making versus expecting everyone to follow what a CFO allows and disallows.

Meanwhile, Gupta points out an interesting aspect about the new guns. Traditional CFOs had too much baggage to deal with on how the finance was managed. Everything used to work in silos, and the growth mindset—enabling growth and not judging it—was largely missing. Another element, and not a small one, was also missing: Passion. “I joined Chalo because I liked the vision of the founders and the mission of the company,” he says. In a CFO’s balance sheet, P&L must also have one more element: Impact. “If you are not impacting the future, you are not ready for the future,” he signs off.