Actor Rajkummar Rao has won audiences over with his realistic performances. He is now looking for parts where he can push his boundaries and go all out to satiate his artistic hunger 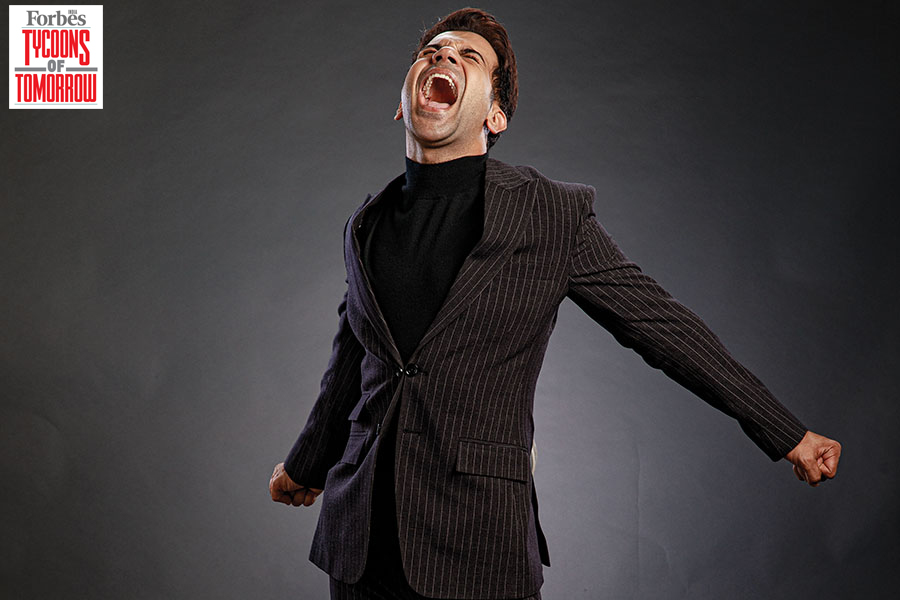 During the shooting of Bose: Dead/Alive in sultry Kolkata, director Pulkit was in a quandary. He felt the prosthetics that Rajkummar Rao, who was essaying the role of freedom fighter Subhash Chandra Bose in the 2017 web series, had to use would limit his performance. He expressed his apprehensions with the actor and suggested, almost expecting a refusal, that he should shave his head for a partially bald look.

“I knew it was impractical for a mainstream actor to do that as they do multiple things together. Raj requested me to give him a couple of days. And he got back, saying, baal udaa dete hai (let us get rid of the hair). He made my life so easy,” recalls Pulkit, who goes only by his first name. “I told him on set that an actor like Rajkummar spoils a filmmaker.”

A graduate from the Film and Television Institute of India, Rao has earned his stripes as an actor with acclaimed performances in films such as Love, Sex Aur Dhokha (LSD), Kai Po Che, Queen, Shahid—for which he won a National Award—Newton, Omerta, Trapped, Stree and Aligarh, among others. Born in Gurugram, Haryana, he harboured dreams of becoming an actor since his school days, and is now grateful when he looks back at his over-a-decade-long journey. “It feels surreal that it has actually happened. I feel nothing but gratitude. God has been kind to me and my parents’ blessings have worked in my favour. But I have also worked very hard for it,” says Rao.

Acting, he continues, gives him the ultimate joy. “When I am in front of the camera, I forget everything else. It is about living in that moment truthfully. It is meditative for me,” he says, adding that his experiences in life have shaped his growth as an actor. “It is important to experience every moment and then use it in your art.” 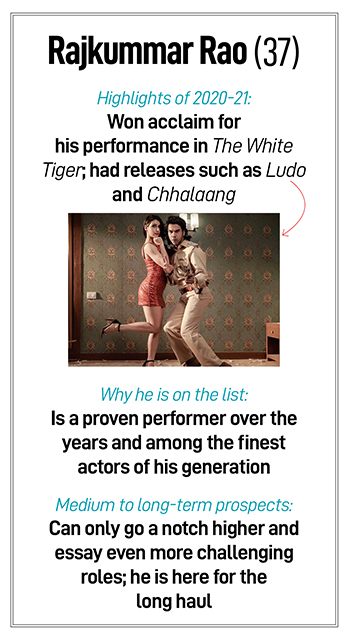 Relatability is something that he looks for while enacting a character. When he came to Mumbai after a stint in theatre, he says he wanted to play “people like you and me”. And he did get a chance to do that in several films, whether it was Citylights or Bareilly Ki Barfi. “I want to bring realism in all my characters… that whatever I do should be believable. It helps if I relate to the part. There’s something to begin with. Also, all the characters that I have played exist… if not, I will find some realism in them,” says Rao.

Filmmakers are impressed with his dedication and the nuances that he brings to his craft. Amit Masurkar, who directed Newton, says: “Like most young actors of our time, Rajkummar, too, is intelligent, disciplined and hardworking. He gives 100 percent to any part he is playing.”

Pulkit reveals that Rao was one of the reasons he agreed to direct Bose: Dead/Alive, a project he signed after knowing the actor is on board. “Raj is extremely talented, and good at improvising. You tell him what the scene is and he takes it to another level. He gets into the skin of the character. And he is not the kind of actor who is only worried about his performance… he makes sure the entire thing works,” says Pulkit, who is now directing the Pratik Gandhi-starrer Dedh Bigha Zameen. “Raj does not come from a film family, he comes from a film school. He knows his craft. And working for so many years has given him that kind of exposure… he deserves every bit of the success that he has got; he has worked immensely hard for it.”

Despite such plaudits from the film fraternity and the audiences, Rao, 37, does not consider himself a star. “I do not sit back and think that I have arrived… I am just an actor who is doing his job. I am happy going to a film set every day and doing what I love the most—act and play different characters,” he says, adding that the good work of his contemporaries inspires him to do better.

It helps that he does not feel weighed down by the expectations of others. “I am responsible for myself. There is still more that I can do. There is so much fire and hunger inside me. I am looking for those parts where I can push my boundaries and go all out,” says Rao, who is currently shooting for Anubhav Sinha’s Bheed.

The actor has the potential to go places, according to those who have collaborated with him. “I hope he continues to get more opportunities of playing complex characters. He will have a bright future,” says Masurkar. Pulkit concedes that Rao has got his due, but says there is still a long way to go. “This is not the end. He has done magic and proved himself. I am sure he will keep exploring and mesmerising people over the years, and that he will soar higher. He is not one who will fade out. He is here to stay for sure,” he says.

Things are only looking up for Rao, both professionally and personally. He was appreciated for his performance in The White Tiger earlier in 2021 and got married to actor Patralekhaa Paul in November.

In an industry where fortunes can change every Friday, Rao says he tries to be positive and follows his mother’s advice: “Everything will eventually work out for good, so do not overthink, just keep working hard and be honest.” When he started out, he admits he had not imagined that he would be the recipient of so much love and recognition. And that is all that he craves. “If you keep working hard and sincerely in whatever you do, that will take you forward and give you respect. And that is what I want—that people know me for my work and respect my art,” he says.