I am just an honest actor: Rajkummar Rao

The National Award-winning star, who will soon be seen in Made in China, talks about his acting process, how he selects his diverse roles and making it in films without a Plan B 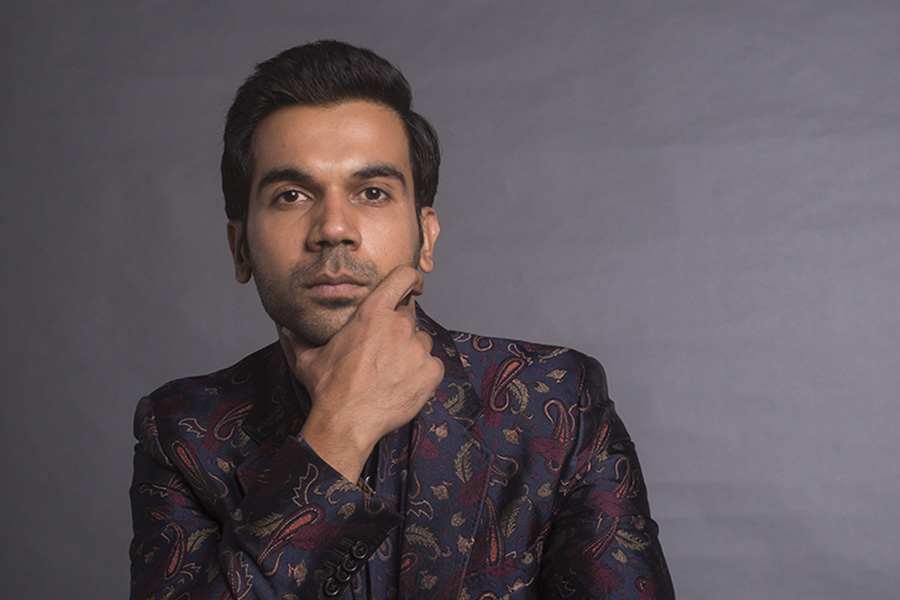 Almost 10 years ago, a gawky youngster came to Mumbai with dreams of becoming an actor. The Film and Television Institute of India graduate was certain that this was his calling. Today, he’s one of the Indian film industry’s most respected actors, with a National Award to his credit. But Rajkummar Rao, 35, wears his stardom lightly. “I am not a futuristic person. I never really planned things. I just wanted to act in films,” says the actor, who is gearing up for the release of his third film this year, Made in China, scheduled to hit screens on October 25. Amid hectic promotions for the film, in which he plays a failed Gujarati entrepreneur, Rao looks back at his own journey. With no connection to the industry, the Gurugram-born actor was noticed in some of his early films like Love Sex Aur Dhoka or LSD (2010) and Ragini MMS (2011). “I won’t say it’s been tough. For two years after LSD and Ragini became successful with me in the lead role, I was doing a lot of supporting parts, but with some great filmmakers. I didn’t want to sit at home; I had to keep working. I had to act every day to keep me going. I’d feel restless if I didn’t do anything,” he explains. “After that lead roles in good films like Kai Po Che! (2013), Shahid (2013) and CityLights (2014) came my way, so I can’t complain. These were films that I always wanted to do and they worked in my favour.” Rao says he puts in a lot of hard work into his performances, which have been largely acclaimed by both critics and the audience. To play a Gujarati businessman in Made in China, Rao stayed in Ahmedabad to converse with locals and get the accent right, make sure it doesn’t become caricaturish. He put on weight to look the part. Similarly, he went through various physical transformations, and a lot of study material, to play other characters in the past. “For films like Shahid, Trapped (2016) and Newton (2017), you have to get involved for a long time, because you are portraying someone so real. Doing a Bareilly Ki Barfi (2017) or Stree (2018) is comparatively easier than doing an Omerta (2018) or a Bose: Dead/Alive (2017),” he says.  For an actor with a rich filmography, Rao says he goes by his gut feeling while choosing a film. “It’s instinctive. If the story excites me, offers me something new and different, I say yes to it. I don’t think too much. I don’t really connect the dots,” he says. That’s what drew him to Made in China as well. “When I read the story, I saw a lot of ambition in Raghu [his character], which was inspiring. I could relate to his aspirations and journey. I was also like Raghu, without a Plan B. He has failed so many times, but has not given up… he is still at it.” Rao has cemented his place in an industry known for cut-throat competition, but he is mindful of the fickleness of it all. “My learning is that things change here every Friday, so don’t take it too seriously. Don’t plan too much because things are not in your control. And always listen to your heart. Your gut always tells you the right thing to do,” he says. It is also a time when films face competition from content on over-the-top (OTT) platforms. Rao, who played freedom fighter Subhash Chandra Bose in the web series Bose: Dead/Alive, believes the medium offers plenty of opportunities to some able performers. “This digital revolution is amazing. It is generating so much employment. I see so many actors who used to give auditions with me doing great work. There’s no difference [between films and OTT platforms] at all, the reach is huge. People want to watch exciting stories and different content, and it can come in any form,” says Rao.  One of the reasons for this is that the audience craves quality stories. “Our cinema is getting more rooted now, we are telling more Indian stories. And the audience is welcoming these ideas, that’s why we are making more of them. I feel the audience wants to see actors play characters on screen. Of course, there will always be the larger-than-life and masala films, but now there’s also an audience for these films and they are doing well at the box office too. So it’s a changing face of cinema and I am happy about it,” says Rao. The actor is grateful for the acknowledgement that he’s got thus far, but does not pay much heed to adulation. “I am just an honest actor, nothing else. I am not doing it for any other reason, but because I love it. I only see myself as an actor. I can’t do anything else in life. It’s the thing that I have always loved and will keep loving and doing,” says Rao.

Tweets by @forbesindia
Why (and how) companies should better prepare for geopolitical threats
India's Richest 2019: Dilip Shanghvi faces a heat wave