From working at a pani puri stall in New Delhi, earning Rs 100 a day to prepare for Balram's role in The White Tiger, to taking the metro dressed as his character, Gourav believes in diving deep into his roles 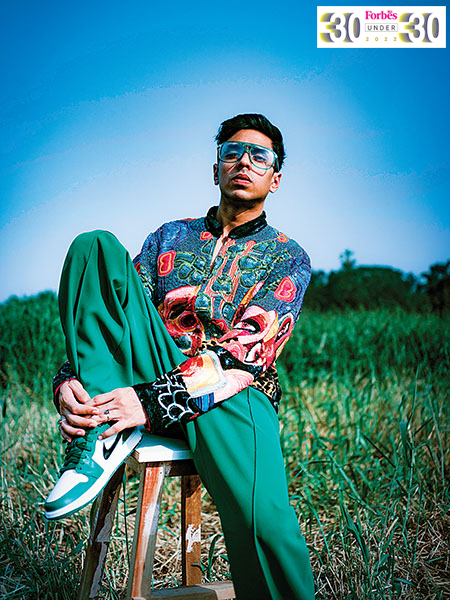 After he had cleared three rounds of auditions with casting director Tess Joseph for The White Tiger, Adarsh Gourav bought a T-shirt and a pair of trousers for ₹100 from the street market near Andheri station, Mumbai. He wore those when he went for director Ramin Bahrani’s audition and squatted on the spot as soon as he opened the door.

“I knew that is what he was looking for. I knew it would look authentic to the director and myself eventually,” says Adarsh, who bagged the role of Balram, a tea seller-turned-chauffeur, in the screen adaptation of Aravind Adiga’s book. To further get into the skin of the character of an ambitious man who does menial jobs, he worked at a puri stall in New Delhi for two weeks, cleaning utensils and earning ₹100 a day. “I still have the money I earned on the first two days in my wallet,” says Adarsh. “I would even get on the Metro in Balram’s clothes. I had called for them two weeks in advance.”

The 27-year-old actor did all of this deliberately. “I felt you have to have the hunger and desperation… if you want to get something, you’ve got to chase it,” he explains.

Bahrani says he cast Adarsh because he was so “alive and present” in the casting sessions. “He was fearless in risking, experimenting and searching for the truth of each scene,” says the director. “Adarsh is so dedicated, prepared and inventive as an actor… he is willing to try anything.”

The acclaim that Adarsh got for The White Tiger resulted in a 2021 British Academy of Film and Television Arts nomination for leading actor. “That was crazy. It is just a stuff of dreams. You can never imagine these things,” he says.

“The White Tiger has opened new doors for me in more ways than I can imagine. I had never imagined that a film like this would happen so early for me,” says the actor, who is shooting for a web show and features in Extrapolations, a yet-to-release American drama series that also stars Hollywood legend Meryl Streep, though in a different episode.

Trained in Hindustani classical music, the Drama School Mumbai alumnus is living a dream. Between 2008 and 2009—prior to getting a small role in My Name is Khan—he did not get through 99 percent of the auditions he went for, including his first for a deodorant brand. “I was disheartened, but because I was so young, I did not hold on to things for long. In the evenings, I would play cricket and forget about it,” says Adarsh, who relocated from Jamshedpur to Mumbai and studied financial management at Narsee Monjee College after his banker-father got a transfer.

“This is the first time that I have worked for more than a month in a year. Otherwise my total days of employment in a year was a month,” says the actor, who likes meeting new people and experiencing life. “Once I am done with my commitments this year, I want to take it easy because I believe in working on myself as a human being to become a better actor. Otherwise I will burn myself out and start doing the same thing over and over again. And I do not want to do that.”

Tweets by @forbesindia
Founding partners at Upsparks on going from bootstrapped CPaaS venture to IPO to micro VC investors
The LIC draft prospectus for IPO screams, 'all is not well'