Can Spider-Man swing to Hollywood's rescue with 'No Way Home'? 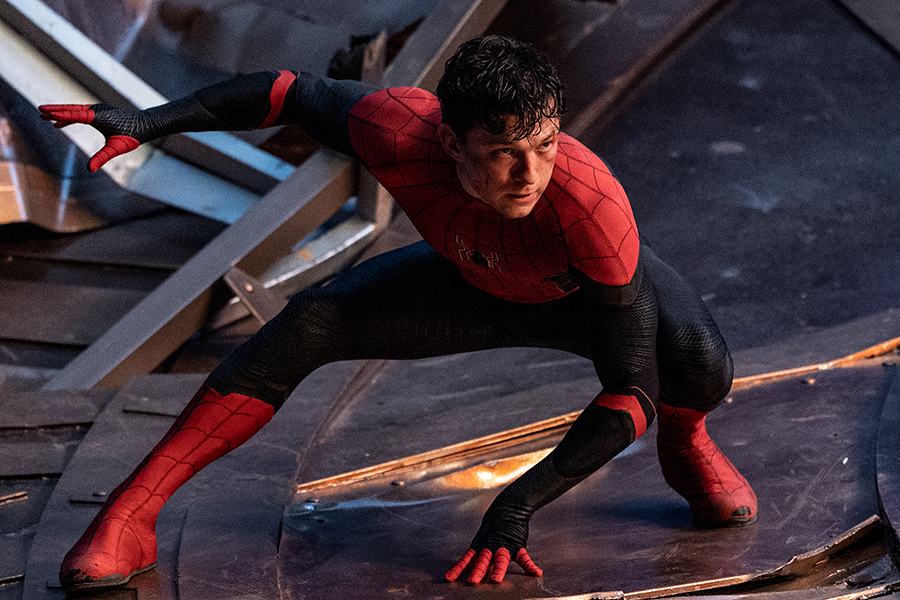 With great power comes great responsibility—and so Spider-Man is being called upon to save Hollywood and movie theaters once again, with analysts eyeing the pandemic era's first potential billion-dollar-grossing film.

Box office watchers are spinning hopeful predictions for "Spider-Man: No Way Home," which hits theaters Friday, with some estimates for its North America opening weekend alone reaching $150 million or higher.

Despite the gradual recovery of movie theaters this year, that would be easily Hollywood's most successful opening since "Star Wars: The Rise of Skywalker"—way back in the heady pre-pandemic days of December 2019.

No film since has passed $100 million on its debut.

"All year for the industry, it's been one step forward, and then two steps back," said Comscore analyst Paul Dergarabedian.

"The performance of 'Spider-Man' is really important."

The webslinger has form when it comes to big openings.

The original "Spider-Man" film starring Maguire in 2002 was the first movie in the history of cinema to gross more than $100 million on its debut weekend.

On the red carpet for Monday's world premiere in Los Angeles, Holland raved about the latest film's "nostalgia, the culmination of three franchises, the celebration of cinema."

The plot picks up directly from 2019's "Far From Home," which saw Peter Parker publicly unmasked by the villainous Mysterio.

Parker scrambles to regain his anonymity, with the help of another popular Marvel movie character—Benedict Cumberbatch's Doctor Strange.

"Really, Batman, Superman and X-Men are the only other series that have gotten this far—this is a ninth episode," said industry analyst David A. Gross, who runs Franchise Entertainment Research.

"It's just incredibly popular. And so we're going to see a big weekend."

Sony 'on a roll

Although 2021 is on course to roughly double the box office take of movie theaters of last year, the annus horribilis, there have been more misses than hits.

Poorly reviewed recent installments such as "Eternals" opened to around $70 million, a paltry amount by usual Marvel standards.

While Disney owns the film rights to most other Marvel characters, rival Sony controls the Spider-Man movies.

The highest-opening film in North America since the pandemic began has been Sony's "Venom: Let There Be Carnage," a sequel based on Spider-Man's nemesis.

Analysts said it is no coincidence that Sony, the only "traditional" big studio in Hollywood to not have its own streaming service, will likely soon have the two biggest openings of the pandemic.

"This is yet another great win for Sony—they've been on a roll," said Dergarabedian.

"I don't know if it's by design, but certainly having really not as many options to go streaming has held them in good stead and has made their movies more successful."

Despite the excitement surrounding "No Way Home," Gross warned that the industry's recovery "still has a long way to go," especially amid fears of a new surge in coronavirus cases fueled by the Omicron variant.

Even if 'Spider-Man' does $130 or $150 (million domestic opening) or more, it would have done more if conditions were healthy," he said.

For it to break $1 billion worldwide, the film will surely need to do well in China, where it has yet to be granted a release date.

"It's going to be outstanding—I don't want to rain on it at all," Gross added.

"But I don't think it's a breakthrough and we're back, we're good."

Tweets by @forbesindia
I wish I could make films and not release them: Manav Kaul
Krishnan Ramanujam at TCS on the IT services giant's ongoing effort to build cloud ecosystems for customers—Part 2