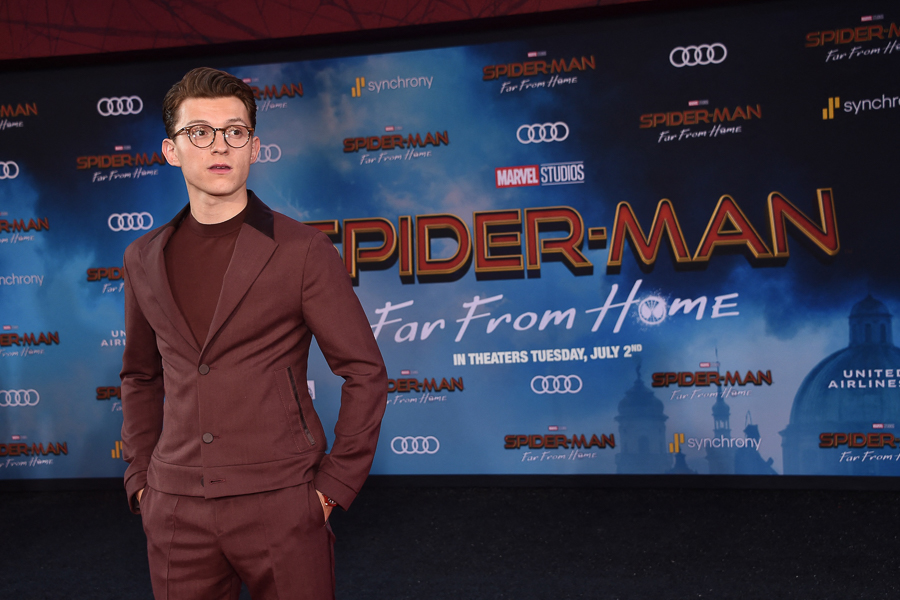 Spooked by the pandemic and streaming platforms, the embattled movie theater industry called on new "Ghostbusters" and "Spider-Man" films as it vowed to fight back at a major trade summit in Las Vegas Monday.

CinemaCon—which typically sees Hollywood studios bring glitzy stars and never-before-seen footage to a Las Vegas casino to woo theater bosses—did not take place at all last year as the pandemic shuttered cinemas around the world.

But with nearly 90 percent of domestic theaters now back open, Sony Pictures used its opening night presentation slot at Caesars Palace to set the tone for a returning event that is determined to prove the future of the big screen.

"Over the last 19 months, there's been a lot of doom and gloom," said Josh Greenstein, president of Sony's motion pictures division.

"But we know movie theaters, and the theatrical movie experience, will triumph," he added.

The presentation also squeezed in brief footage of "Bullet Train" starring Brad Pitt, and future superhero fare including a sequel to "Venom," and "Morbius."

Clips from Denzel Washington's "A Journal for Jordan" and a movie adaptation of bestselling novel "Where the Crawdads Sing" produced by Reese Witherspoon were also shown, before a longer "Spider-Man" trailer teased how the film will tie in with other popular Marvel characters including Benedict Cumberbatch's "Doctor Strange."

Attendees then settled in for "Ghostbusters: After Life," introduced by its director Jason Reitman and his father Ivan, who directed the original.

Plot details are under strict embargo, but the film, set almost four decades after the first movie, finds young descendants of the original's wise-cracking ghoul hunters picking up the mantle—and vacuum backpack.

Not too bright
CinemaCon is taking place despite fears about the Delta variant that have caused some pandemic restrictions to be reimposed on Hollywood in California, and glitzy A-listers have largely stayed away from the Las Vegas event.

Organizers have forged ahead with Covid protocols in place, including proof of vaccination or a recent negative test for attendees.

While Disney is largely absent, other traditional major Hollywood studios showing their wares this week include Warner, Universal and Paramount.

Each of those studios has experimented in some form during the pandemic with using streaming platforms to launch their movies—an ever-growing concern for big-screen movie theater chains.

Sony, the only major Hollywood studio without its own streaming service, drew loud cheers with its "commitment to preserving and protecting the exclusive theatrical window" —referring to the traditional time-period in which movies can initially only be shown in theaters.

"Viewing movies simultaneously in theaters, and in the home, is devastating for our collective industry," said Greenstein.

Sony movies CEO Tom Rothman pointed to the recent success in movie theaters of "Free Guy," a comedy from a rival Disney-owned studio.

While other recent releases have flopped, "that film has done great business, because, number one, it's terrific—and number two, you actually can't watch it at home on television," he said.

"We're not too bright out in Hollywood, but we'll figure it out," he added.