Reimagining the movie theatre experience for the post-Covid world 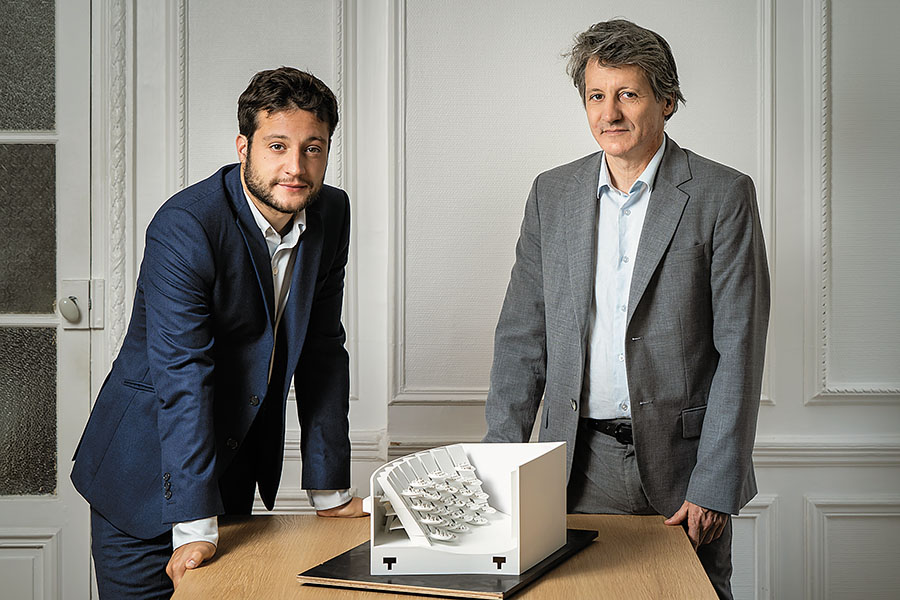 Imagine enjoying a delicious meal made by a reputed chef while watching a movie being screened only for you and your loved ones in an air-conditioned theatre. Or enjoying the magic of cinema under the stars.  Concepts that were once one-off experiences could now well be the new normal in the entertainment world. As the world grapples with the coronavirus pandemic and people try to steer clear of crowded spaces, theatre owners in India are experimenting with private screenings and other innovations to lure audiences.

The pandemic dealt a body blow to the lucrative film industry as shoots came to a halt and theatres shut down after lockdowns were announced in March-end. Revenues were close to zilch for six months. And though operations resumed in October, the response in some of the biggest markets, including Mumbai, has been tepid.

As a consequence, a number of single screen theatres have shut down and no new screens are expected to be added during FY21. Over-the-top platforms have emerged as a strong alternative with quality content at reasonable rates. What’s worse is that in-cinema advertising, which was ₹10.6 billion in FY20 is likely to drop to ₹3.7 billion in FY21, according to a KPMG report on the media and entertainment sector. Therefore, ticket sales and food and beverages will have to bring in a bulk of the revenue for theatre owners, at least initially. And cinema operators are doing everything they can to survive in these challenging times.

Taking social distancing in theatres a step further is France-based architecture firm Ōma Cinema. The firm, known for its specialisation in movie theatre design, has come up with a layout that will revamp the movie-watching experience. “In traditional movie theatres, you have a slope of 20 to 25 degrees… we wanted to increase that to about 40 degrees, but couldn’t due to accessibility standards as it would require spectators to climb more stairs,” says Nicholas Chican, co-founder, Ōma Cinema. So, Chican and co-founder Pierre Chican decided to divide the room into separate circular arenas or pods—with the slope at 50 to 60 degrees—that would bring all spectators closer to the screen, ensuring a better viewing experience. “Unlike traditional cinemas, all entries and exits are from the back of the room, so there is no visual interruption or distraction during the film,” adds Nicholas.

The team has been working on this project for over two years, since much before Covid-19 hit. However, the design is even more relevant in a post-pandemic world. They plan to bring the concept to India soon. “The idea is to approach cinema operators in India, since they have luxurious multiplexes. We had initiated conversations with a cinema operator in India in early January and they wanted to have a feasibility study on how to integrate the Ōma cinema experience. But after Covid-19, it was shelved,” says Nicholas.

Though the industry is yet to come out of the losses incurred because of the pandemic, theatre owners appear keen on investing in innovative concepts like these. Jean-Marie Dura, consultant, Ōma Cinema, says, “They are extremely eager to, especially during times like these. They need to think about the future and invest in it. It is a necessity now more than ever to propose something different to the audience so that they would want to go back to the cinema.”

Chican believes with their design, families can rent a pod for their near and dear ones while cinema operators can multiply revenues. “Most cinema operators whom we approached told us that we have finally found a solution to combine the intimacy of being in a private club with a limited number of seats… and at the same time, enjoy a really immersive viewing experience,” he says. 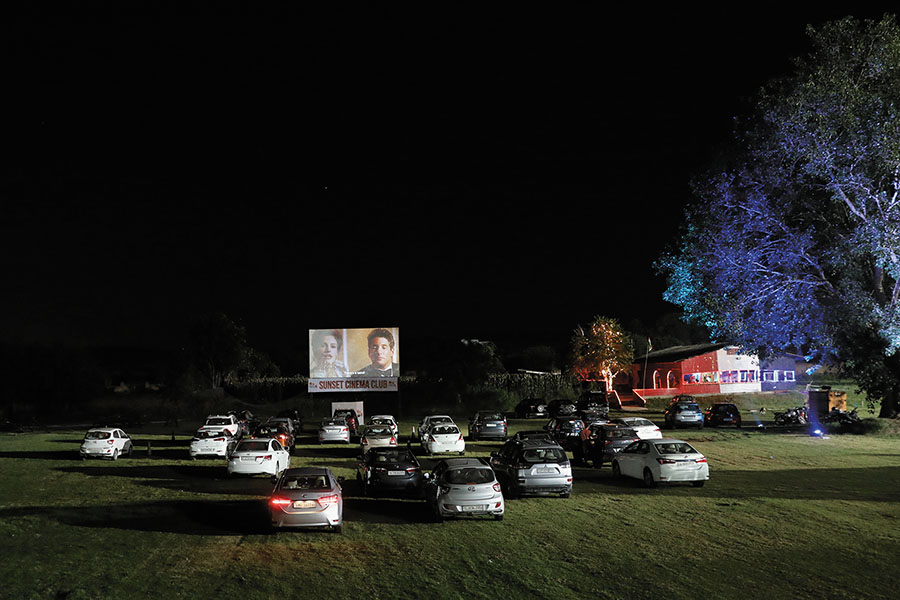 Private Screenings
To assuage fears and draw in more people, cinema operators—both large and small—have also introduced private screenings. “Within our own space, we kind of reimagined certain new products, and one of them was exclusive private screenings,” says Gautam Dutta, CEO of PVR Cinemas. From planning proposals during private screenings to asking for a specifically curated Sarah Todd food menu, Dutta says, “People want a complete experience package. For the first time, in this case, the experience is bigger than content for cinemas, which is great. We started with 68 screenings in the first week [October 2020] and have been doing over 400 screenings per week recently.”

One of the reasons for the great response is the pricing, which starts at ₹1,999 per screening. The bookings need to be made at least a week in advance. Once there is more content available and new films start releasing, private screenings as a service will continue to be a part of PVR’s portfolio—only the pricing is likely to change. But will people prefer that to a traditional theatre experience? “Not really. This will be a niche product… currently it is on hugely discounted pricing. There is a different kind of joy in watching films in a large gathering,” concedes Dutta.

Cinema owners are adhering to all standard operating procedures, including having safety and hygiene precautions in place. However, Alok Tandon, CEO of Inox Leisure, says, “There was still a sizeable segment that sought to be further secluded from the crowd. That is how we gave shape to the concept of private screenings.” He claims there have been about 400 inquiries within a week of announcing them, and the demand isn’t just from metros but also from Tier II and III markets.

And it’s not just about the experience. The content, too, can be personalised—from screening alternate or non-cinematic material to live sporting events and other live events like stand-up comedy—inside the auditorium. “In line with this endeavour, we recently screened a concert film, Break The Silence, based on a Korean pop group BTS. The movie saw teenaged audiences thronging our theatres across the country, giving us a lot of 50 percent houseful shows after the lockdown,” adds Tandon. Currently, theatres can operate only at 50 percent capacity due to social distancing norms that have to be followed.

Drive-In Shows
Like PVR and Inox, Carnival Cinemas has also introduced private screenings. But it aims to go a step further with drive-ins where people can park their vehicles in an open outdoor area with a large movie screen and watch a movie there. The concept of drive-in theatres had almost died down, until recently. Carnival Cinemas is in talks with a couple of drive-in cinema owners across the country for a relaunch. “In India, we get three seasons—summer, winter and monsoon—so it will be difficult to operate these type of theatres for all the 12 months,” says Kunal Sawhney, senior vice president, operations, Carnival Cinemas. “But in the current scenario, we need to offer something different. Even if drive-ins are operational for limited periods, people are likely to come and experience them.

People are still wary about sitting in a closed, air-conditioned auditorium. Drive-ins take care of that worry. In terms of expenditure, Sawhney says, “With traditional cinemas, the major cost is electricity, air conditioning and sound. With drive-ins, these costs might be lower and fewer staff members would have to be hired.”

After all, as they say, the show must go on.