In which we *heart* the Games 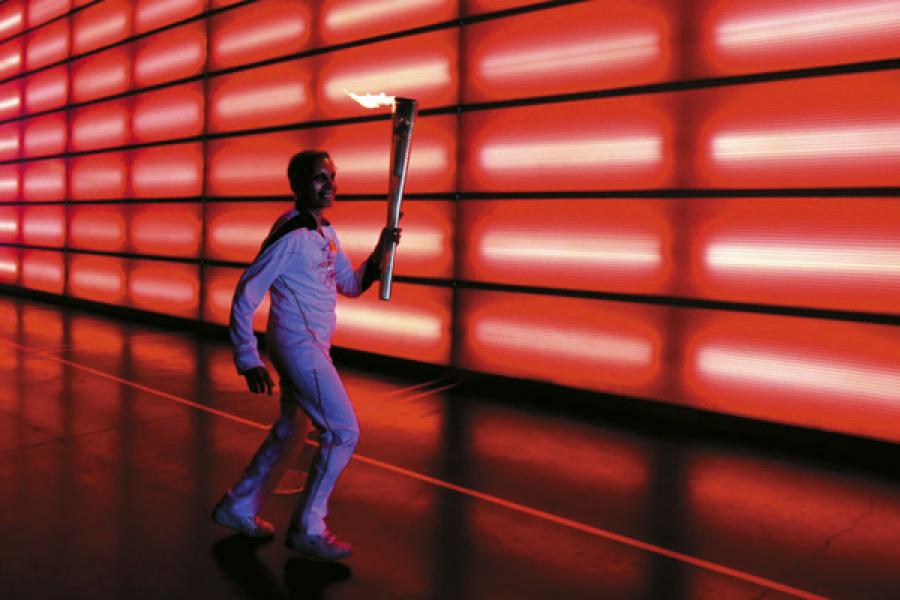 The Olympics is the greatest show on earth. At no other time do we see such a concentration of the world’s best talent in so many fields. In ancient Greece, the Olympics saw nations cease battles to participate in harmony. The modern Olympics haven’t been quite as successful in stopping wars: There were no Games during the World Wars, boycotts and international conflicts have sometimes robbed them of the lustre, at times violence has drawn a pall over the celebrations.

These games have been clouded over somewhat by Dow’s sponsorship, but as of this writing, the excitement is rising already, and no actual boycott looks likely.

In India, the Games attract a following; perhaps not as large as cricket tournaments or the football World Cup, but certainly sizeable.

In this issue, we decided to devote the back of the magazine to a celebration of the Games.

Veteran sports journalist V Krishnaswamy, who will be attending his sixth Olympics, wrote a piece for us that looks back not just at his own rich experiences, but also at how India’s presence at the Games has grown and matured, so much so that we’re now genuine medal contenders in a few disciplines.

He also stuck his neck out to make a few predictions about India’s performance, and put together a primer that those of you who are headed to the Games will find useful.

Author Rani Singh, who lives in the UK, has curated a selection of things to do in London when you’re not at the stadia, with contributions from a group of experts; something you’ll find useful way after the Olympics.

We’re also bringing you a stunning photo essay by our own talented team, reproduced from the current issue of ForbesLife India, that looks at some of our athletes in training. (My personal favourite: the fierce intensity of Mary Kom.)

Then Prince Mathews Thomas has a bitter-sweet tale of one sportsperson who will not be participating, even though he could have qualified.

We’ll be adding to our Olympic coverage on our site, forbesindia.com , with a chat with Olympic Gold Quest’s CEO, a look at some of the information technology behind the Games, and Krishnaswamy blogging from London.