When Kingfisher did a Gully Boy 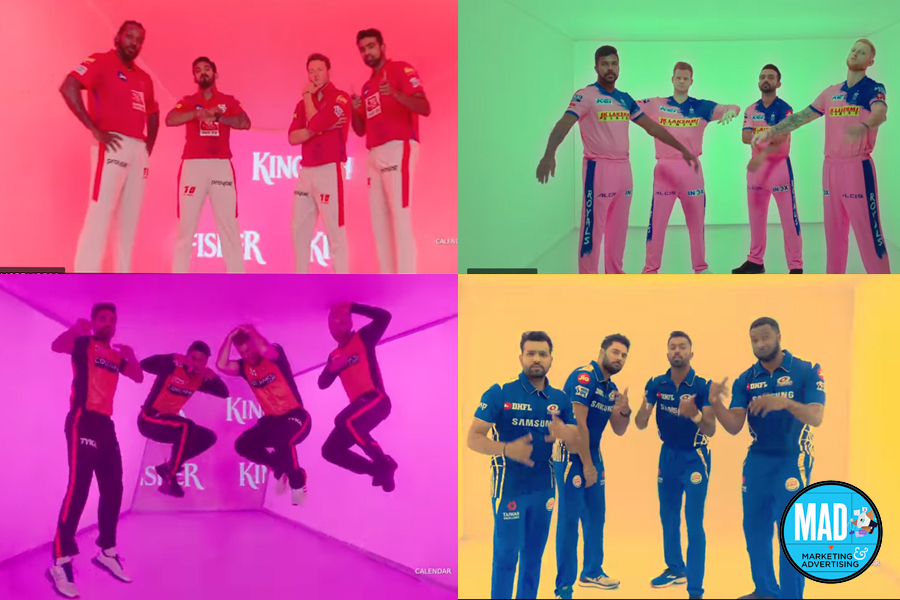 It was the third Sunday in February. Shekhar Ramamurthy, managing director at United Breweries (UBL), managed to squeeze some time out of his fiercely hectic calendar to hit a theatre. The movie that grabbed the attention of the top honcho at India’s largest beer maker was Gully Boy, the Ranveer Singh- blockbuster. “I knew that he [Ramamurthy] was moved by the film,” recalls Gurpreet Singh, divisional vice president of marketing at UBL. In fact, Singh was influenced by movie too. What he found most striking, though, was the way that its most famous rap song caught the fancy of the nation. Apna time aayega [my time will come] had, by default, become a youth anthem—one for both rebellion and inspiration. The movie, Singh recounts, brought rap into the mainstream. The massive popularity of the song, and the film, prodded him to think of the implausible: Overhauling the iconic Oo La La La Le O jingle of Kingfisher, which has been the identity of the brand since 1996. The job, though, was easier said than done. Singh’s team was already halfway through making a new campaign for the Indian Premier League (IPL). Changing things at the last moment would have risked the entire campaign. Singh, however, took his chances. What encouraged him to take a leap of faith was one seminal realisation: All he needed was his boss’s approval. “At the end of the day, I just had one person to convince: The managing director,” he thought to himself.

Luckily for Singh, ‘his time’ came when Ramamurthy called him on Monday, a day after the latter had watched the blockbuster. After normal business conversation, the managing director started talking about the movie. Interestingly, the two big boys at UBL discussed Gully Boy for a good 15 to 20 minutes. Singh was convinced that his boss would be receptive to his idea. “I wanted to strike while the iron was hot,” Singh said to himself. The very next day, he presented Ramamurthy the idea. “It got approved,” he smiles. Oo La La La Le O, the iconic jingle composed in 1996, made way for a racy rap avatar in 2019. “The response has been amazing. The brand has struck a chord with the youth,” says Singh.    Kingfisher’s leap of faith
Changing the iconic jingle was not easy. The stakes were high, and the risks could result in serious brickbats. “Two people had to take the call, and the risk,” says Singh. What apparently helped the Singh-Ramamurthy duo take a leap of faith was the inherent nimbleness at UBL, they say. While many global brands are headquartered in London, Washington or Detroit, and might have to go through layers of approval, things are different at UBL, which is based out of Bengaluru. The organisation, Singh stresses, works on one fundamental principle: As far as making any seminal change is concerned, the company is just the custodian of a brand. “The consumer is the owner,” he says, adding that one has to be hyper-alert to sense the need of consumers.    Typically, brand custodians play safe. Nobody is willing to put their neck on the line.  Very often, Singh explains, consumers seek a lot more from the brand they love. But the custodians of the brand, unfortunately, don’t do enough. For a jingle composed way back in 1996, Kingfisher had only occasionally tinkered with the original version. Take, for instance, their slight refresh of the tune during Sunburn, Asia’s largest music festival; or at the Formula 1 races. The consumers, however, never noticed the change. “We never added an audio track overlapping the jingle nor mixed it as drastically as we have done now,” Singh says. The brand, to be fair, has experimented with new campaigns over the past few years. For instance, they took on the viral Internet trend ‘mannequin challenge’ in November 2016, with a video in which people remain frozen in action like mannequins, while a moving camera films them, often with the song Black Beatles by Rae Sremmurd playing in the background. Kingfisher used the context to make an IPL film the subsequent year. In 2018, the brand used the ‘prank leak’ to make new TV commercial. The idea was to show how the players behaved when not in front of camera. Window dressing, though commendable, didn’t solve the basic problem of killing brand fatigue that had gripped Kingfisher jingle.   Beer rap
Cut to 2019. The underground rap space sprang to life with Gully Boy. Kingfisher, after changing the jingle, now wants to do more with the rap. The brand has assembled local artistes from cities such as Mumbai, Delhi, Bengaluru, Punjab, Kolkata and Chennai, and crowdsourced words and thoughts that are meaningful to these cities. The artistes not only compose rap-themed songs using these words, but also churn out rap songs in local languages such as Kannada, Punjabi, Marathi and Bengali. “We are talking to the local audience in their language, and in a context and manner that they would understand and enjoy,” says Singh.  Brands, reckon marketing experts, need to reboot for two reasons. The first is to connect with the new generation of consumers, who are disconnected from the era when a famous brand or a jingle was born. “Consumers have changed, tastes have evolved and the target audience has transformed,” says Abraham Koshy, professor of marketing at IIM-Ahmedabad. “It’s a smart move to cut the umbilical cord,” he says, pointing out a second reason for brand refresh: Fighting fatigue. Though the residual equity and recall of some brands or icons might be high—for instance, ‘Hamara Bajaj’ or ‘I love you, Rasna’—it’s prudent to periodically refresh a brand. “It helps brands score high,” Koshy says.   Can the new jingle help Royal Challengers Bangalore score high the next IPL season? After all, Kingfisher’s identity is synonymous with the team. Singh is optimistic. “Time aayega. Bilkul aayega (Time will come. Definitely),” he smiles.