India can be the preferred 'app' for the world: Anand Mahindra 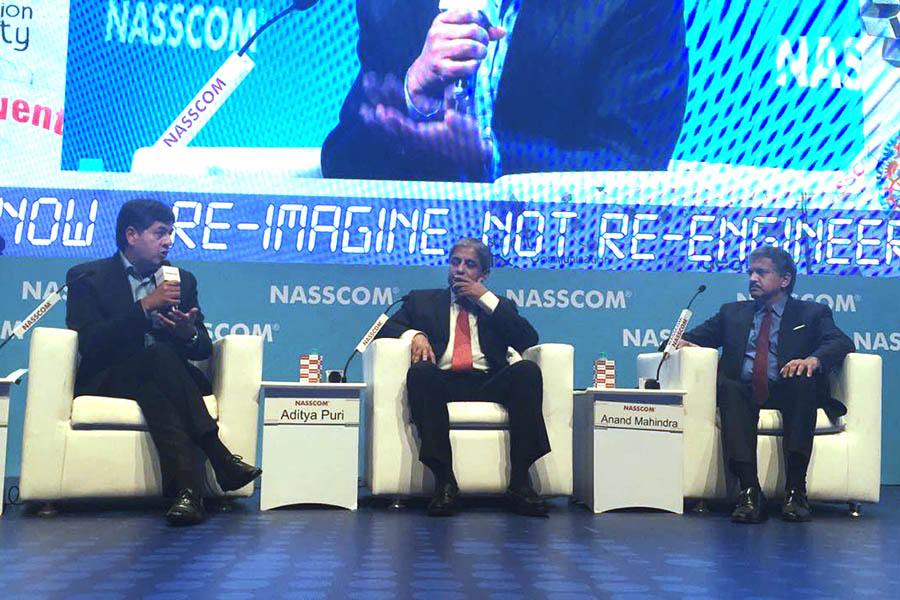 US President Donald Trump’s programme to ‘Make America Great Again’ will make the country a great place to invest in and the automobile-to-information technology Mahindra Group will be “doubling its bets” there, said group chairman Anand Mahindra.

Mahindra was speaking at the valedictory session of the Nasscom India Leadership Forum 2017 in Mumbai on Friday. He said Trump’s presidency also presented an opportunity for India to play a more important role in the world.

“Trump is reimagining the US, but not the world. And that is a huge opportunity for India,” Mahindra said. “India can serve as a bridge-builder at a time when nations are separating.” The Mahindra Group chairman further said India can play a lead role in the world with its capabilities for frugal innovation in domains such as space travel and tackling environmental concerns.

However, in the wake of the challenges faced by the traditional Indian IT model due to the advent of new-age digital services such as automation and cloud computing as well as due to the proposed curbs on visas for Indian software developers going and working in the US, the industry needed to reimagine itself, Mahindra said.

“India should become the app of choice for the world,” Mahindra said. “Technology can be used to offshore work to India, which will reduce dependency on H-1B visas, as well as lead to improved margins.”

Payment Wallets Model Unviable
But not all digital services may have a sustainable future in India, according to the captains of the Indian industry. Mahindra’s co-panelist for the session and the managing director of HDFC Bank, Aditya Puri was upfront in stating that payment wallets like Paytm weren’t a “viable economic proposition”.

Puri pointed out that wallets like Paytm, which are seen as competition to traditional banks such as the one that he runs – especially after the recent demonetisation drive – had incurred significant losses and that a business can’t be sustainable on the basis of cashbacks that are given to customers to lure them. Puri further said it won’t be easy for Paytm to copy the model that Alibaba (one of the investors in Paytm) since Indian regulations will make doing so difficult.

Speaking about his own business, Puri said HDFC Bank was increasingly making use of chatbots, robotics and automation and Artificial Intelligence in its banking operations to reach potential customers more easily and in a cost-effective way. Banks like HDFC Bank will become a provider of loans, payment services and also ecommerce, going forward, Puri said.

About the role of technology in governance, Mahindra said the present Indian government, under the leadership of Prime Minister Narendra Modi, was leveraging technology to cut through the “sludge of bureaucracy” and facilitate better governance. “Narendra Modi is trying to change mindsets and he has brought in transparency and traceability in the system,” Mahindra said. “Corruption in New Delhi and the top levels of government is virtually non-existent.”

Tweets by @forbes_india
Investing in 2017: The return of the large-caps
Ten interesting things that we read last week