Amazon to unveil its $1 billion bet with 'The Lord of the Rings: The Rings of Power'

'The Lord of the Rings: The Rings of Power' is central to Amazon's bid to stand out in the 'streaming wars' with Netflix, Disney+ and HBO Max—whose own 'Game of Thrones' prequel just launched 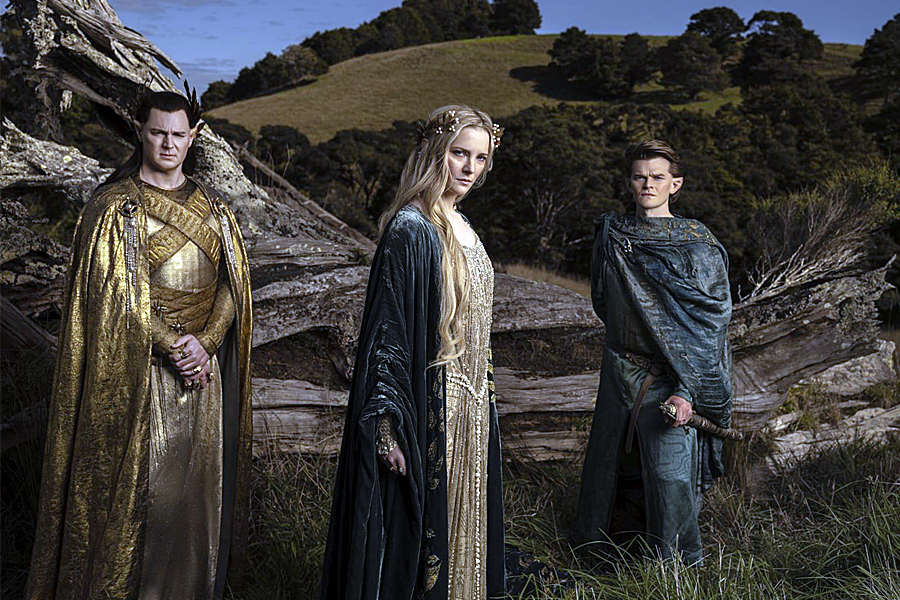 'Lord of the Rings' prequel aims to tap into the huge and enduring appeal of books still regularly voted the world's best-loved novels of all time. Image: Photography Copyright Amazon Studios / Ben Rothstein

It is hard to imagine what the great director would have made of Amazon's $1 billion gamble on "The Lord of the Rings: The Rings of Power," a 50-hour television series based on the dry historical footnotes published at the end of book three.The show, out Friday globally on Prime Video, aims to tap into the huge and enduring appeal of books still regularly voted the world's best-loved novels of all time, as well as Peter Jackson's Oscar-winning film adaptations.It is central to Amazon's bid to stand out in the "streaming wars" with Netflix, Disney+ and HBO Max — whose own "Game of Thrones" prequel just launched — and is bankrolled by multi-billionaire founder Jeff Bezos, a Tolkien mega-fan.

But populated by heroes and villains who are barely — if at all — referenced in Tolkien's trilogy and its "Appendices" of fictional mythology, and featuring a largely unknown cast and creators, there is no doubting the scale of the gamble."It is quite nerve wracking — we're building something from the ground up that's never been seen before," said Sophia Nomvete, who plays Princess Disa, the first female and first Black dwarf depicted on screen in Tolkien's world."There's definitely a few nerves. We want to get it right," she told AFP at the Comic-Con fan event last month."The Rings of Power" is set in Tolkien's "Second Age" — a period of history in his fictional Middle Earth world thousands of years before the events of "The Hobbit" and "The Lord of the Rings."So while a handful of characters from Jackson's films reappear in Amazon's show — mostly younger versions of elves such as Galadriel and Elrond, who are of course immortal — there is no Frodo, Gollum or Aragorn in sight.Most characters from Tolkien lore are appearing on screen for the first time, and some have even been created entirely from scratch for the show."Tolkien hasn't really written much about who he is as a person," said Maxim Baldry, whose character Isildur was briefly seen fighting the evil lord Sauron in a flashback at the start of Jackson's trilogy.Also read: From Amazon to Netflix: Here's how much big tech companies earn per minuteHere, Baldry plays a younger version of the tragic hero, struggling with the death of his mother, over-bearing pressure from his father, and a romantic yearning for adventure."What a gift, firstly, to explore someone's beginnings, finding their true colors, understanding who they really are," said Baldry.He added: "Season one is purely about setting up characters and introducing new characters to the family... fleshing out a pretty skeletal world that Tolkien just created in the Second Age."

The fate of the series rests in the hands of creators — or "showrunners" — Patrick McKay and J.D. Payne, who pitched their concept to Amazon after it bought the rights in 2017, but had only a handful of previous projects credited on their CVs."We wanted to find a huge Tolkienian mega epic. And Amazon were wonderfully crazy enough to say 'yes, let's do that," McKay said at Comic-Con.At the London premiere Tuesday, Bezos admitted that "some people even questioned our choice" to bring in "this relatively unknown team.""But we saw something special," he said, according to Variety.Amazon has also put on glitzy premieres for "The Rings of Power" in Los Angeles, New York and Mumbai.The show's lavish globe-trotting promotion is just a drop in the ocean compared to the astonishing cost of actually making a series dubbed the most expensive ever for television.Amazon splurged $250 million buying the rights from Tolkien's estate, and some $465 million on the first season alone. It has committed from the start to making five full seasons, meaning the final cost is expected to pass $1 billion.Also read: Being a Harry Potter superfan can be more costly than being a Star Wars fan
With high stakes has come considerable secrecy.Plot details and reviews were strictly embargoed until Wednesday, just two days before the series' launch, and even its actors have not been told the fates of their characters."No idea! I don't even know what's happening next season," said Megan Richards, who plays Poppy Proudfellow, a character whose Harfoot race are ancestors of the hobbits."There's an arc that Tolkien has given us for the Second Age. So there are certain things we know," Daniel Weyman, who plays a mysterious man billed simply as "The Stranger," told AFP."The thing that I hold on to is that our showrunners, they definitely know their arc. They know their arc already."

Tweets by @forbesindia
IMF agrees to $2.9 billion bailout for bankrupt Sri Lanka
Agritech investors: Not for the faint hearted