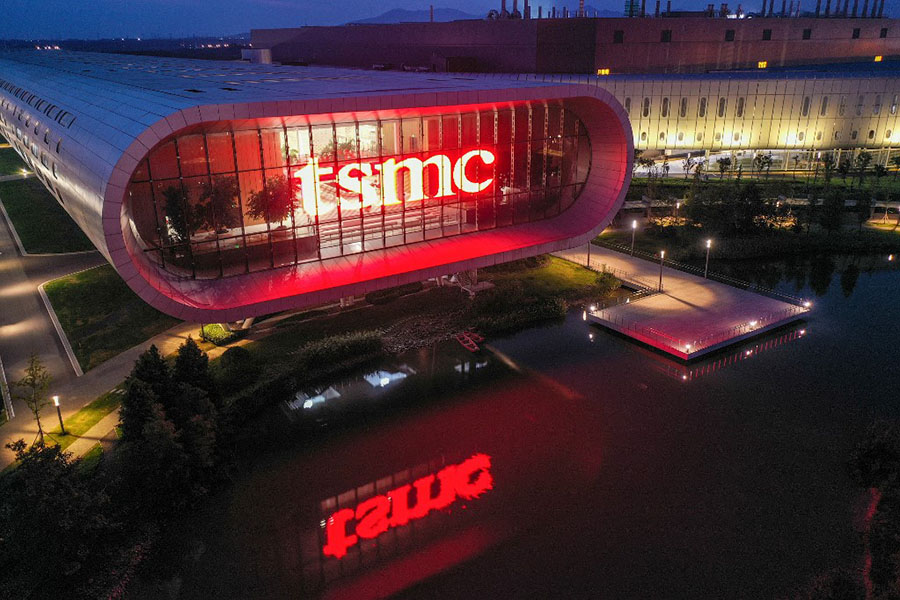 Hong Kong, China: Chipmakers plunged in Asian trade Tuesday over new US measures to limit China's access to high-end semiconductors with military uses, a move that wiped billions from companies' valuations worldwide.
The announcement on Friday marked the latest volley in a long-running standoff between the two superpowers that has seen them face off over a range of issues including technology, trade, Hong Kong, Taiwan and human rights.

The US Department of Commerce said the measures include export restrictions on some chips used in supercomputing, and toughen requirements on the sale of semiconductor equipment.
The decision hammered chip manufacturers, with the Philadelphia Stock Exchange Semiconductor Index seeing its lowest close since late 2020, while Bloomberg News reported that $240 billion had been slashed from companies' market values globally.
Taipei, Seoul and Tokyo markets were closed for holidays on Monday, and when trading resumed Tuesday, chipmakers sank.
Taipei-listed firms were among the worst hit with the Taiex stock index shedding more than four percent.
Taiwan Semiconductor Manufacturing Co. shed 8.3 percent and ASE Technology plunged nine percent, while United Microelectronics shed seven percent.
Also read: US tells Taiwan room exists for further progress on chip supplies
South Korean tech titan Samsung Electronics, a major semiconductor maker, fell more than one percent in Seoul where DB Hitek was off more than three percent.
And in Tokyo, Renesas Electronics shed almost six percent, with Tokyo Electron losing a similar amount.
The US measures are likely to complicate Beijing's push to further its own semiconductor industry and develop advanced military systems.
They came days ahead of a major Communist Party congress in China at which President Xi Jinping is expected to secure a historic third term.
Also read: China lockdowns drag on earnings of chipmakers, industrials
The rules were also announced just days after the Pentagon added 13 more Chinese firms including drone manufacturer DJI and surveillance firm Zhejiang Dahua Technology to a blacklist of Chinese military-linked companies.
"With the latest measure, it would become difficult for China to manufacture and develop semiconductors because most semiconductor equipment is dominated by the US and its allies," said Chae Minsook, of Korea Investment & Securities.
"It is impossible to maintain the chip industry without adopting advanced equipment."
© Agence France-Presse

Tweets by @forbesindia
Green future is cause for worry in South Africa's coal belt
Tinder, Bumble, Happn or Grindr, dating apps are getting political in Brazil