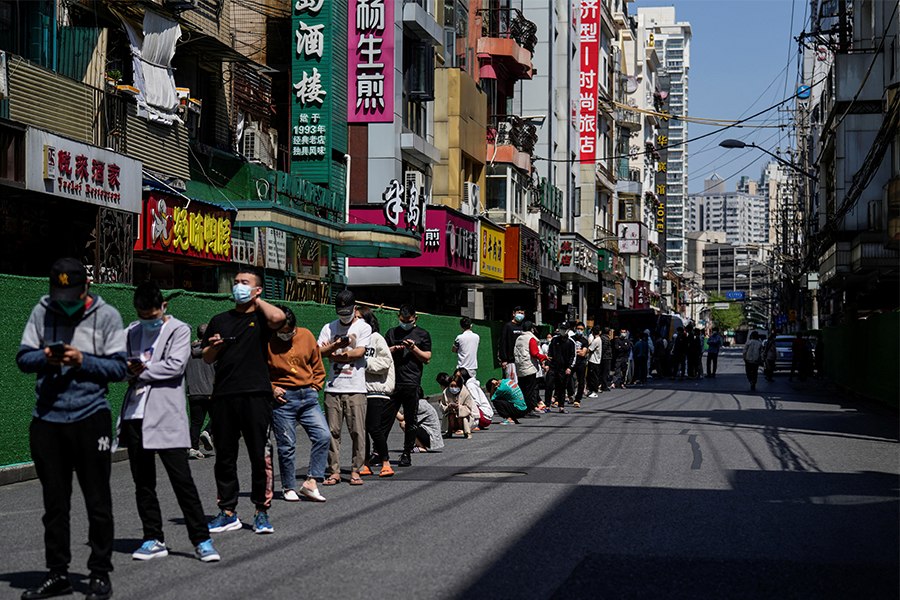 Lockdowns in China have cast a pall over financial markets worried about a hit to the world economy, which is only just recovering from the pandemic-led slump. Image: Reuters/Aly Song

China's "zero Covid" policy to combat the Omicron variant has brought fresh lockdowns in many cities, forcing factories to shut and worsening a global supply chain logjam. That has cast a pall over financial markets worried about a hit to the world economy, which is only just recovering from the pandemic-led slump.

And even as companies scramble to keep up with soaring costs of everything from labor to raw materials, the Russian invasion of Ukraine and related Western sanctions have driven up energy prices.

Culp, who does not expect GE to fully offset inflation this year, said the company was scrutinising costs "to size the business for the new realities," and moving towards a more decentralised way of running its business closer to its customers to improve prices.

3M, another American industrial giant, said on Tuesday that China's lockdowns, along with the Ukraine crisis, had slowed sales in April.

The company, which was already struggling with chip shortages and high raw materials costs, said it would continue to increase prices to offset inflationary and supply chain pressures, echoing GE that said it has already raised prices and invoked price escalation clauses in its service contracts.

"The outlook remains uncertain. It's difficult to predict. We see maybe a 1 percentage point kind of headwind as we start Q2, but that can change as we go through the year," 3M CEO Mike Roman said.

South Korea's SK Hynix, the world's second-biggest memory chipmaker, said China's lockdown was the biggest risk driving weaker chip demand in mobile and personal computers, though it expected a pick up in the second half as manufacturers launched new products launches before the year-end shopping season.

"In the smartphone market, demand growth is slowing especially in China, and mobile memory chip shipments are expected to increase in the early single-digit percentage, which is slightly lower than expected at the beginning of the year," Kevin Noh, Chief Marketing Officer at Hynix, said on a conference call on Wednesday.

U.S. chipmaker Texas Instruments on Tuesday flagged disruptions at the factories of its customers and forecast current-quarter revenue below Wall Street estimates.

"It just became clear we were experiencing lower demand, particularly due to COVID-19 restrictions in China," Dave Pahl, head of IR at Texas Instruments, said.

Some European companies including EssilorLuxottica, which makes eyewear for Prada and Versace, and Gucci owner Kering have also warned that China's lockdowns were hurting sales.

Tweets by @forbesindia
Noise Pollution: When will the government wake up?
Stay or go? Ukraine refugees torn between safety and home