US and Europe talk incessantly about making more of the world's advanced computer chips anywhere other than Taiwan, which they consider vulnerable to Chinese invasion or influence. But Apple doesn't seem so worried. For years to come, the iPhone maker has planned to continue relying on chips made largely in Taiwan 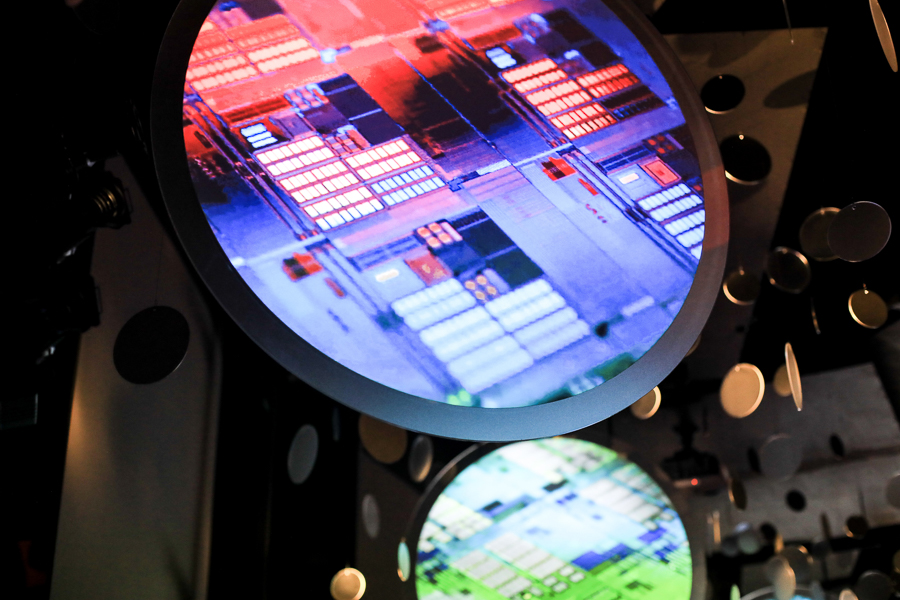 U.S. and European officials talk incessantly about making more of the world’s advanced computer chips anywhere other than Taiwan, which they consider vulnerable to Chinese invasion or influence. They’re on a mission to make more chips in the U.S. and Europe and want to spend taxpayer dollars to do so.

Apple doesn’t seem so worried. For years to come, Apple has planned for devices rolling off assembly lines to continue relying on chips made largely in Taiwan.

Apple has a track record of bending global technology manufacturing to its will, and the company has lobbied for more computer chips to be made in America. But Apple and other big buyers of chips do not seem to have made it a priority and are not seriously using their influence over suppliers to speed up the building of chip factories in the U.S., Japan or Europe.

“The industry is not raising this as something that they need to see some action on immediately,” said Brett Simpson, a computer chip specialist and partner at the investment firm Arete Research.

The apparent disconnect between Western governments and the biggest buyers of chips, like Apple, raises a question for both companies and policymakers: Who is right about the urgency of the economic and geopolitical risks of concentrating chip-making in Taiwan — the people who need votes or the companies that vote with their wallets?

Government officials might be overstating the risks of concentrating chip-making in Taiwan, or chip buyers like Apple might be underestimating them. Or maybe these companies find it too daunting to shift more quickly away from the expertise of Taiwan’s chip factories. Whatever the reason, it’s as if elected leaders and the companies that need chips the most are working from a different sense of what is possible and necessary for the future of this essential industry.

Let me recap why big businesses and big governments want to keep computer chips flowing but aren’t moving in lockstep on how and how quickly to achieve that.

Many important products — including smartphones, medical devices and fighter jets — need computer chips to function as their brains or memory. Some of us have become keenly aware of these teeny components because the manufacturing of computer chips hasn’t kept up with the demand of people who have wanted to buy cars, computers and other goods during the pandemic.

The shortages of some products, and the increasing tensions between the U.S. and China, have turned the spotlight onto the Taiwan Semiconductor Manufacturing Co., or TSMC. It makes most of the world’s cutting-edge computer chips, including for Apple’s products, almost entirely in factories in Taiwan.

TSMC is expanding into other places, including Arizona, but it takes years to get new factories up and running. It’s in everyone’s interest to keep factories churning out computer chips without interruption, because the global economy sputters otherwise. The Biden administration and many tech experts also say that it’s strategically important to preserve American know-how in chip-making and counter China’s ambitions in chip-making and other essential tech areas.

Changing the world’s reliance on chips made in Taiwan won’t be easy, and industry officials told me that Apple has been working behind the scenes to support legislation to manufacture more chips in America.

Some big chip buyers also have said that they’re helping TSMC pay for its chip factories outside Taiwan and will buy chips manufactured there. The question is whether all this could move faster if influential customers put more of their muscle into it.

Simpson told me that if Apple and other big customers such as Qualcomm and Nvidia wanted to more quickly spread manufacturing away from Taiwan, they could press TSMC to get new factories ready to go all at once rather than in phases, as TSMC has been doing. They could also commit to buying more chips from other manufacturers such as Samsung and Intel with factories outside Taiwan. Instead, Apple and others have mostly been doubling down on contracts with TSMC.

When Washington and Silicon Valley don’t seem to share the same sense of urgency, it’s tough for all of us to know if it’s worth the collective effort to create a new world order in computer chips.