Scientists analyzed some 57,000 products sold in supermarkets in Britain and Ireland, in a large study published by the scientific journal PNAS, and found that juice concentrates, sodas or other fruit juices are among the products sold with the lowest environmental impact — because they are mostly composed of water — but their nutritional quality is poor 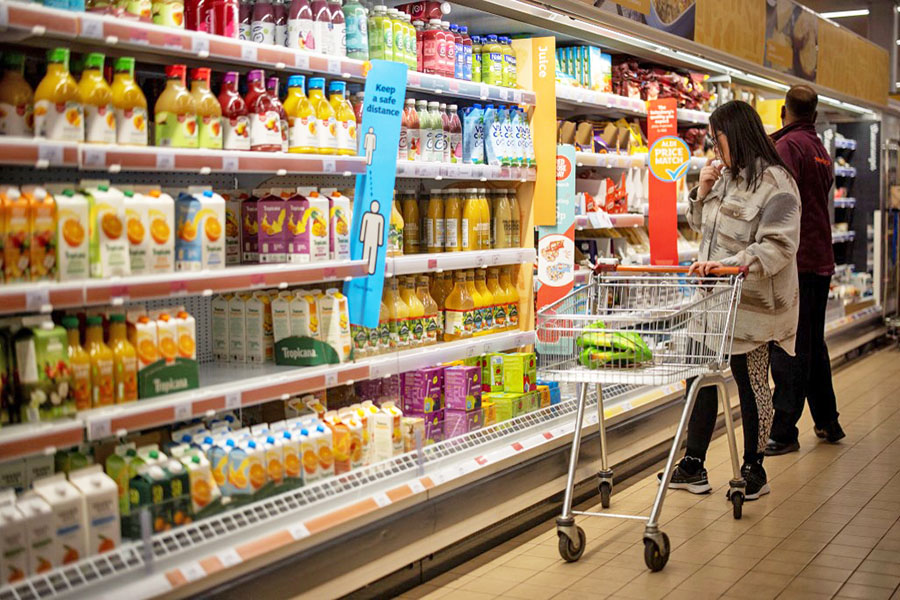 Eating fruits and vegetables is better for the planet than eating meat and cheese, but a new study by scientists released Monday showed chips and sugary drinks also have a very low environmental impact.Scientists analyzed some 57,000 products sold in supermarkets in Britain and Ireland, in a large study published by the scientific journal PNAS.The researchers, who hope that their study may allow consumers to shop more sustainably without sacrificing anything to their health, also compared the results with the nutritional qualities of these foods.

They found that juice concentrates, sodas or other fruit juices are among the products sold with the lowest environmental impact — because they are mostly composed of water — but their nutritional quality is poor.Researchers believe that in general, the more sustainable a food is, the better it is from a nutritional point of view.The study confirms what other previous reports had already advanced by analyzing single ingredients, such as fruits or red meat.The novelty of the latest report is that its analysis relates to products made up of multiple ingredients, such as sauces, prepared meals, and others.Also read: Climate change: The window is closing to take action
That task was complicated by the fact that the quantity of each ingredient is considered a trade secret, and therefore no real details are disclosed: Only about three percent of the more than 57,000 products sold by eight food retailers had their composition fully disclosed.Scientists responded by developing an algorithm based on the few known pieces of information to evaluate the missing products — in Britain and Ireland, ingredients are notably listed in order of quantity used.To assess the environmental impact, four factors were considered: greenhouse gas emissions, use of limited water resources, land use, and eutrophication, which is when waterways are enriched with minerals and nutrients, mostly from fertilizers.Bread, but also certain cereals and prepared meals or desserts, have a relatively low or intermediate environmental impact.On the other hand, fish, cheese and meat — especially red meat — have a high impact.Also read: Sustainability leadership: Managing for the health of your company and the planet
"Replacing meat, dairy, and eggs with plant-based alternatives could have large environmental and health benefits," the study notes.But "smaller" transitions can also help. For example, beef lasagna, with a high environmental impact, could be replaced by chicken or pork lasagna, or vegetarian.In the future, better knowing the proportions and origin of different ingredients would help to determine more precisely their impact on the environment, the researchers said.© Agence France-Presse