In 400 years, Heinz-Glas, one of the world's biggest producers of glass perfume bottles, has seen off many crises—including the two World Wars and the oil shock of the 1970s in the last century alone 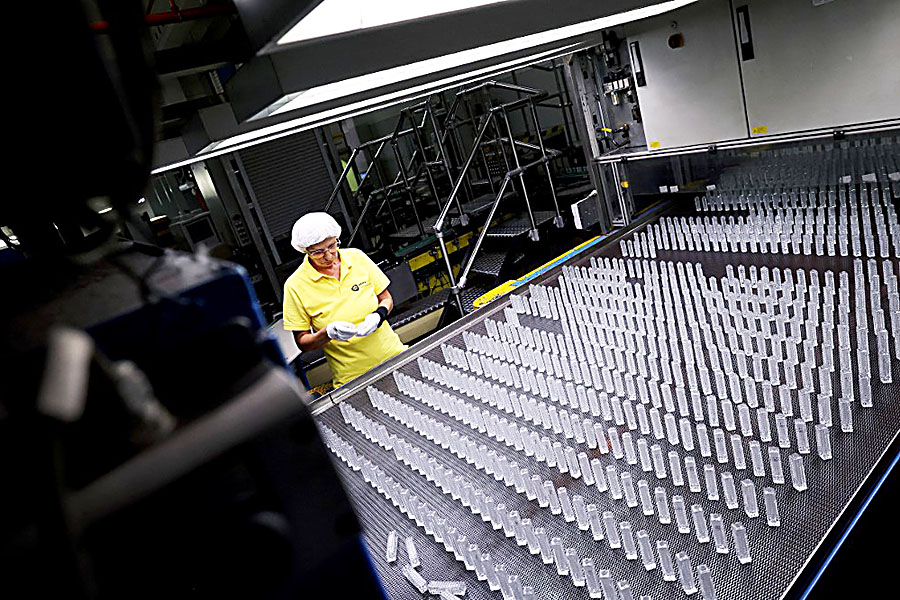 Quality controller Michaela Trebes inspects flacons on an assembly line at the German glass producer Heinz-Glas Group in Kleintettau, south Germany on August 3, 2022. Over 400 years, Heinz-Glas, one of the world's biggest producers of glass perfume bottles, has seen off crises from the plague to world wars. But Germany's current energy emergency strikes at the heart of its very existence. Image: Ronny Hartmann / AFP

Kleintettau, Germany: In 400 years, Heinz-Glas, one of the world's biggest producers of glass perfume bottles, has seen off many crises—including the two World Wars and the oil shock of the 1970s in the last century alone.
But Germany's current energy emergency strikes at the heart of its very existence.
"We are experiencing an exceptional situation," Murat Agac, deputy chief executive of the family-owned company founded in 1622, told AFP.
"If there is a halt in gas supplies... then glass production will very likely disappear" from Germany, he said.
To make glass, sand is heated to temperatures of up to 1,600 degrees Celsius (2,912 degrees Fahrenheit) and gas is the most frequently chosen source of energy.

Until recently, a glut of gas flowing to Germany via a pipeline from Russia had helped keep production costs low, allowing Heinz-Glas to book annual revenues of some 300 million euros ($305 million).
With competitive prices, exports made up 80 percent of the glassmaker's total output.
But this economic model is now being called into question after Russia's invasion of Ukraine.
Moscow has cut gas supplies to Germany by 80 percent, in what is believed to be a bid to weaken the resolve of Europe's biggest economy in backing Ukraine. 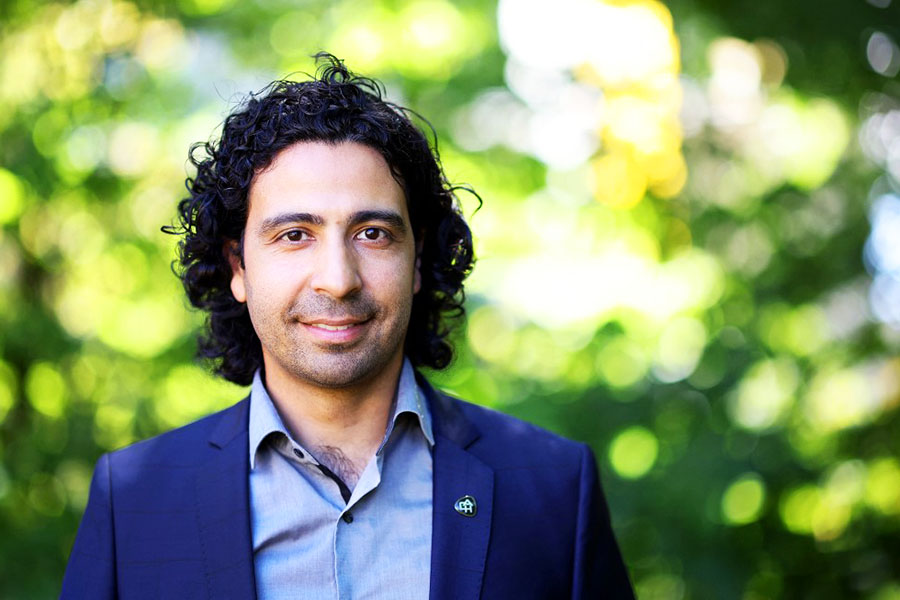 Murat Agac, deputy chief executive of German glass producer Heinz-Glas Group, poses for photos at the company's site in Kleintettau, Germany on August 3, 2022. Image: Ronny Hartmann / AFP
Berlin is scrambling for alternative energy sources to replace the resource that once made up 55 percent of its total gas imports.
The consequence: soaring energy prices.
For Heinz-Glas, that has meant a "ten- to 20-fold increase" in costs compared to 2019, said Agac.

Not only Heinz-Glas, much of Germany's industry is buckling under the gas supply crunch.
Many companies are drawing up emergency plans as the German government has warned that Russian gas could stop flowing entirely.
With winter looming, the crisis is reaching fever pitch.
Chemicals giant BASF is looking at replacing gas with fuel oil in its second-biggest German factory.
Henkel, which specialises in adhesives and sealants, is considering whether its employees can work from home.
But the consequences of a total halt in Russian gas flows could be irreparable for many companies. 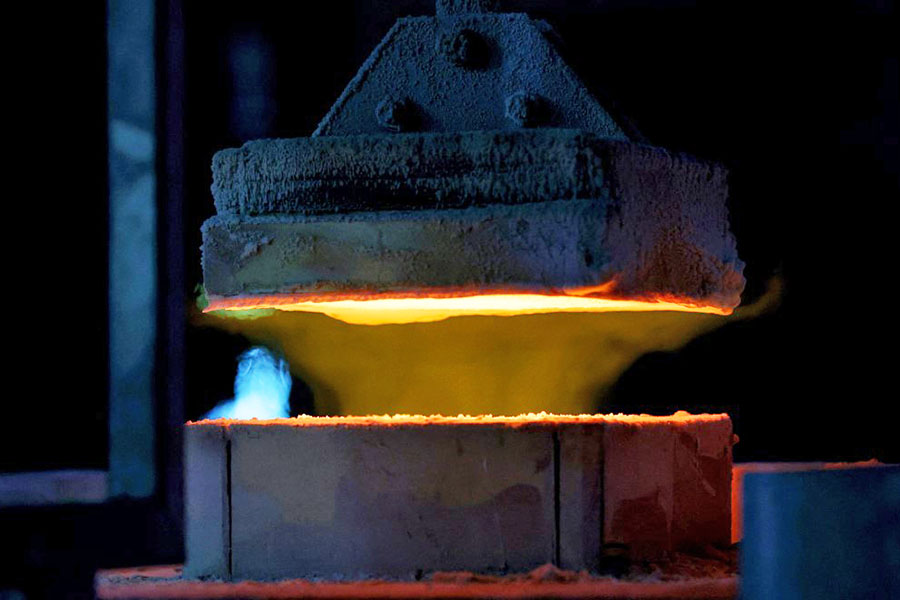 A gas-fired oven is pictured on the production line at the German glass producer Heinz-Glas Group in Kleintettau, Germany on August 3, 2022. Image: Ronny Hartmann / AFP
At the Heinz-Glas factory in Kleintettau, opened in 1661, around 70 tonnes of small glass bottles are produced each day, moulded by the heat of the furnaces.
The delicate vessels adorned with intricate motifs are then sent to the company's clients—
including its biggest, French group L'Oreal—which fill them with perfume.
At every step of the production process—from making the material with quartz sand to the final sculpting of the bottle—heat is essential.
At the company's second-biggest factory in the mountain village of Piesau, a cut in gas would permanently damage its glass furnace, said Agac.
To ward off the danger in the short term, Heinz-Glas has invested in stocks of liquefied gas, which can be driven in by trucks. 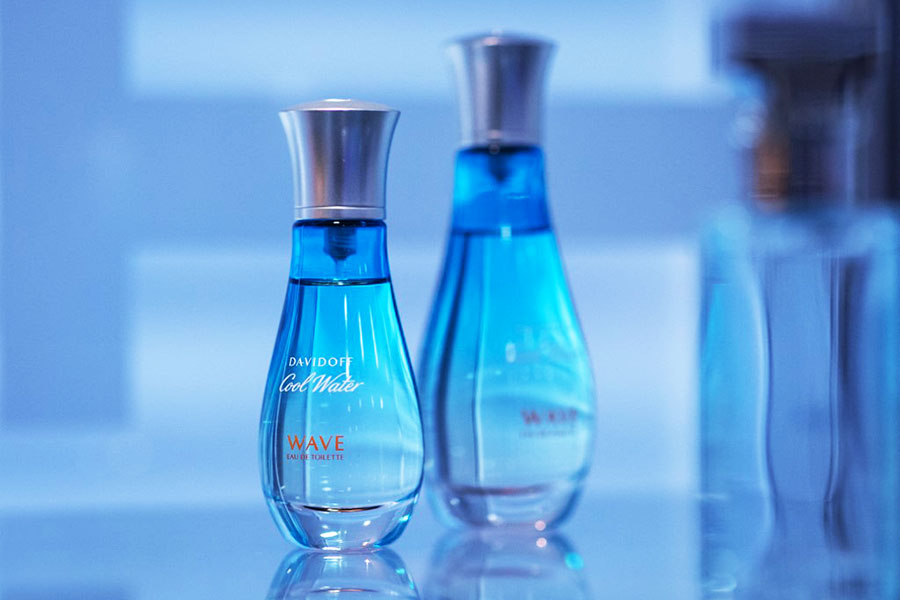 Perfume flacons are on display in a show room of German glass producer Heinz-Glas Group in Kleintettau, Germany on August 3, 2022. Image: Ronny Hartmann / AFP
But that triples the energy bill, and would still not be sufficient—the two German factories need the equivalent of "3,000 football fields of solar panels" to operate.
In the long term, replacing the entire gas system with electric infrastructure would cost 50 million euros ($51 million), Agac said, a sum which the company cannot afford.
Even in the factory of Kleintettau, where furnaces are powered by electricity, around 40 percent of the industrial processes still require gas.
"We need state support," said Agac, warning that the firm may otherwise be forced to shift production elsewhere, such as India or China, where it already has a factory.
For the 1,500 employees of the company in Germany, the future looks cloudy.
"I've reached an age when it doesn't matter so much for me anymore. But younger people must be fearing job losses," said Michaela Trebes, 61, inspecting hundreds of little flasks emerging from the production lines.
But for now, the management remains optimistic that Heinz-Glas can pull through.
Since 1622, "there have been enough crises... in the 20th century alone, World War I, World War II, the oil crisis in the 70s, many, many critical situations. We survived them all," said Agac.
"We will somehow also overcome this crisis."
By Florian CAZERES
© Agence France-Presse