How will we buy our perfume now?

Sales are down leading up to this Mother's Day, though candles and room sprays are doing OK. As some stores reopen, an industry ponders how to spritz safely. 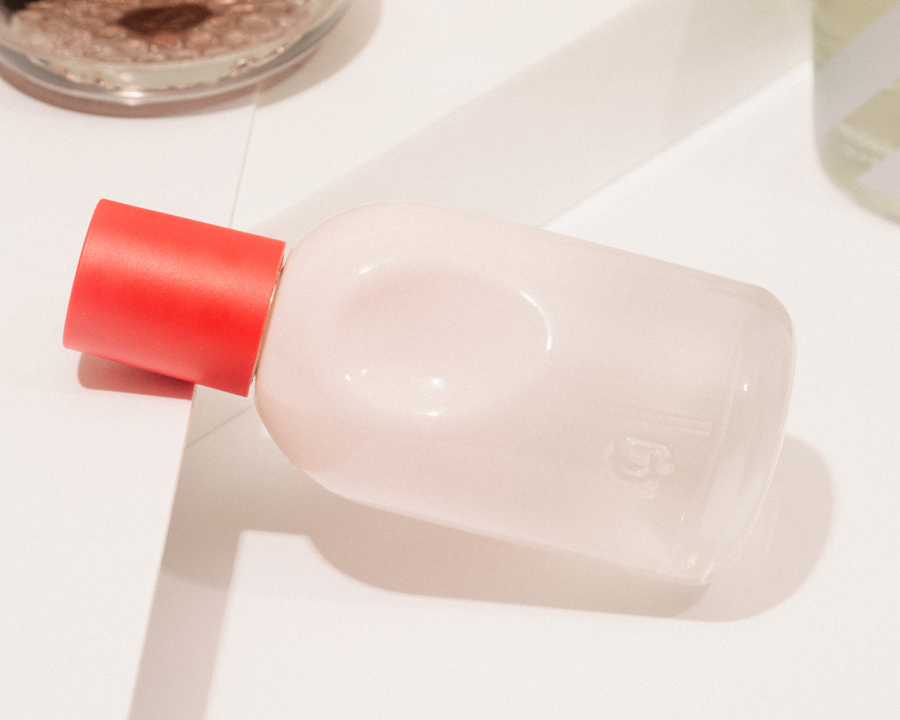 Glossier You perfume in New York, Jan. 30, 2018. With the coronavirus pandemic forcing most shopping online, it's created a problem for the perfume industry. (Eric Helgas/The New York Times)

The way fragrance is introduced, advertised and sold to the world hasn’t changed in nearly a century. No. 5, a seductive scent for the modern woman introduced by Coco Chanel in the 1920s, is marketed similarly to Tom Ford’s Black Orchid, a “modern” and “alluring potion” that came out in 2006. Both designers’ fragrances depend on an in-store experience that conjures these ideas and feelings through smell, somehow enticing people to spend over $100 on a bottle of scented water.

“Because smell is invisible, we are super-reliant on external cues for how we should interpret what it is that we’re experiencing,” said Rachel Herz, a neuroscientist and author of “The Scent of Desire: Discovering Enigmatic Sense of Smell.” “Verbal and visual information is exactly what we go to to help us identify and interpret and find meaning.”

You can get verbal and visual information about scent on your computer. But you can’t smell it. And with the coronavirus pandemic forcing most shopping online, this is a problem for the perfume industry.

Already, fragrance is doing worse online than any other beauty category, said Larissa Jensen, vice president of the NPD Group. She described brick and mortar as “especially critical” for prestige fragrance in the U.S., where sales in March were 45% less than in March 2019.

Mother’s Day business will likely take a hit. Even with Macy’s and Dillard’s reopening, sizable e-commerce businesses won’t be able to offset the loss of in-store sales for May, one of the most lucrative months for perfume.

One hope is that those who can’t be with their families will send perfume instead, said Linda Levy, president of the Fragrance Foundation. This could create renewed demand for “classics” many are familiar with, like No. 5, La Vie Est Belle by Lancôme and Beautiful, from Estée Lauder.

Online, product pages are filled with ludicrous bordering on nonsensical descriptions of ingredients and emotions a perfume is supposed to evoke. “The language capacity to describe fragrances is highly impoverished compared to our other sensory experiences,” Herz said. “We don’t really know what it is we’re smelling unless we’re told what it is.”

There’s also plenty of people who just don’t want to buy perfume at all, since they haven’t left their homes in nearly two months and it’s not something that could enhance their appearance on a Zoom call.

But for those who still wear fragrance, there is an opportunity for brands to convert e-commerce holdouts into fearless online shoppers. This will depend on whether companies can change customer behavior, the same way Casper and Zappos got people to order shoes and mattresses online.

Emily Weiss, founder of Glossier and its chief executive, said investors she met with early on were unsure if people would buy any product from a direct-to-consumer beauty brand online. She proved them wrong, and four years later, challenged retail norms again by introducing a scent, You, that was sold only on Glossier’s website. It was previewed with samples in orders and scratch-and-sniff stickers, a cheekier version of the old scent strips in printed magazines.

Priced at $65, more than three times what most of Glossier’s products cost, You won a Fragrance of the Year honor at the Fragrance Foundation Awards (the fragrance industry’s Oscars, also known as the FiFis, this year rescheduled hopefully, like so much else, from spring to September).

The Glossier perfume benefited from strong word-of-mouth on Instagram and other platforms. But Laurice Rahme, founder and chief executive of Bond No 9., a range of perfumes named after neighborhoods, streets and landmarks in New York City and its surrounding beaches, believes smelling a scent before buying is still nonnegotiable.

“Even though we do training, you never get the real story,” Rahme said of in-store employees. “They don’t tell it right. It gets lost in translation. Our staff aren’t Ph.D.s in literature.”

She is reallocating her in-store staff budget to produce 6 million fragrance samples this year, up from 2 million in previous years, to mail to customers.

“You have to smell it,” Rahme said. “There is no other way.”

Jessica Richards, the owner of Shen Beauty, a popular boutique in Brooklyn, said sales for the Functional Fragrance, with purported “anti-stress benefits” from the Nue Co., a line of vitamin supplements, have tripled since February.

And as people start to leave their homes and return to stores, areas where cosmetics are sold — traditionally rife with touching, feeling and spritzing — are getting a makeover.

Retailers like Sephora and Ulta Beauty, and the department stores that invested millions of dollars on new beauty floors (to compete with Sephora and Ulta), are scrambling to outline what brick and mortar looks like post-quarantine, pre-vaccine. After getting a person to actually walk into your store, allaying customers’ hygiene concerns is a priority.

In a six-page “Beauty Protocol” that Saks Fifth Avenue sent to its vendors recently, and which was seen by The New York Times, the store outlined new tester practices that will go into effect once stores reopen.

The directive requires sales associates to sanitize hands in front of the customer, sanitize the bottle with alcohol spray and a tissue and spritz the sample on a blotting card to hand to the customer to smell the scent. Testers on counters will be strictly for display purposes.