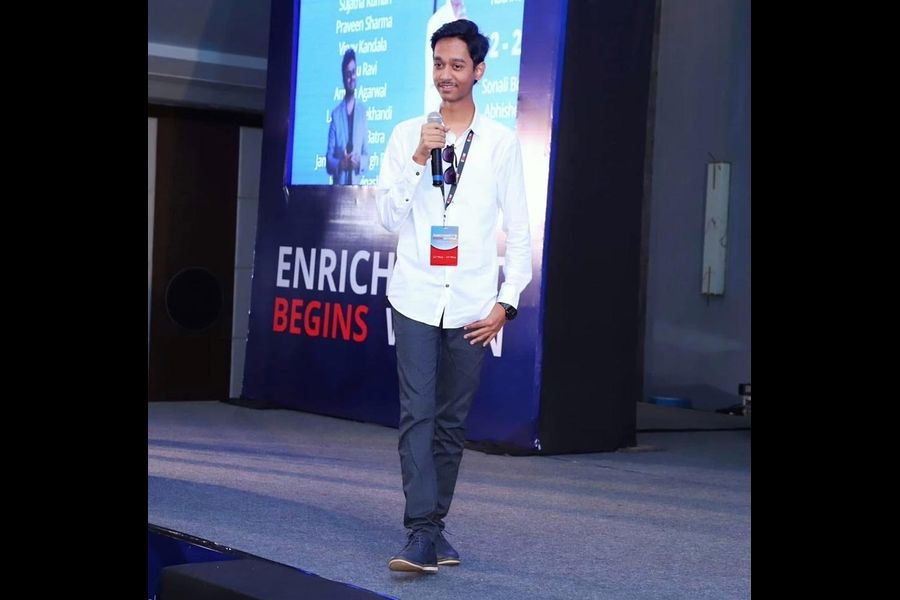 Digital marketing is the considerable trending niche that provides a ton of opportunities it's a sphere and unceasing extent which allows folks to comprehend it's opportunities and make the pre-eminent acceptable usage of it.

He kick-started with his digital work at the young age of 14 years. After attaining considerable experience he decides to organize his own program and later he established his own program “SEO KING”. He started Entrepreneurship Journey at the Age of 14, Started his Blog but Failed Several Times, but  after Learning from Many Trainings and Investing Money on Himself he is now India’s one of the Youngest Entrepreneur. Abhit Upadhyay aka Abhayankar Upadhyay helped 2,00,000 People through his Videos and Courses. He has also Conducted an Event which was attended by huge number of people in Varanasi.

Abhit Upadhyay (Abhayankar Upadhyay) is one of the youngest digital marketer and setting the impeccable record for people in this very young age of his. He Started his blog in which, he failed several times after practising and failing finally he cracked the formula of SEO and started to dominate every niche that he worked upon. He started his program called “SEO KING” which got very popular. He is also a big promoter of Offline Events because he feels that Networking is very important so at least once a year he organises his Event where all the members of his program come and learn even more.

His work can be viewed at https://abhitupadhyay.com Disclaimer: The views, suggestions and opinions expressed here are the sole responsibility of the experts. No Forbes India journalist was involved in the writing and production of this article.

Tweets by @forbes_india
Victoria's Secret sale to private equity firm falls apart
How will we buy our perfume now?