In US, even the definition of 'recession' is controversial

As the spectre of recession looms over the US economy, defining exactly what one is and when it begins has sparked furious debate—based as much around politics as economics 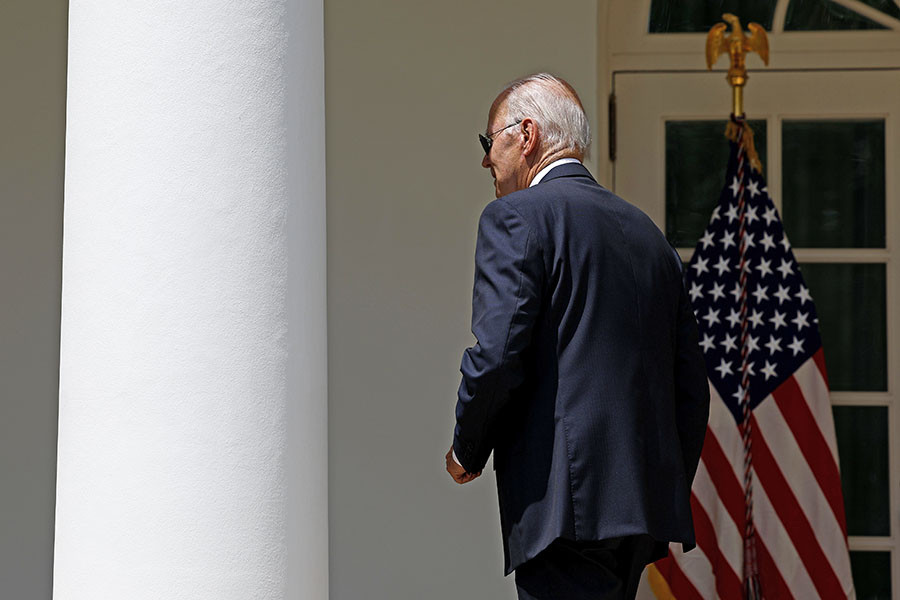 As the spectre of recession looms over the US economy, defining exactly what one is and when it begins has sparked furious debate—based as much around politics as economics. Image: Anna Moneymaker/Getty Images

Washington, United States: In Washington circles, saying the "R" word comes with a bit of risk.
As the spectre of recession looms over the US economy, defining exactly what one is and when it begins has sparked furious debate—based as much around politics as economics.
Last week, the White House appeared to be trying to get the jump on the possible declaration of a recession in the world's largest economy—second quarter GDP data is due on Thursday—with a pointed blog post.
The title? "How Do Economists Determine Whether the Economy is in a Recession?"

In the post, President Joe Biden's team rejects the widely accepted definition of a recession as two consecutive quarters of negative growth—a situation the United States could find itself in as of Thursday.
"While some maintain that two consecutive quarters of falling real GDP constitute a recession, that is neither the official definition nor the way economists evaluate the state of the business cycle," the White House said.
Of course, opposition Republicans quickly picked up on the spin.
"Newsflash for Joe Biden: You can't change reality by arguing over definitions," the Republican National Committee said in a statement on Monday.

So beyond the political spin machine, what really is a recession?
"There's been negative growth in the first quarter of this year. We'll see what the numbers are... If (the second quarter) were negative, that would technically potentially be a recession," IMF chief economist Pierre-Olivier Gourinchas said.
In a note on its website, the International Monetary Fund nevertheless insists there is "no official definition of recession."
Also read: Big banks can withstand severe recession, US Fed stress test shows
"Most commentators and analysts use, as a practical definition of recession, two consecutive quarters of decline in a country's real (inflation-adjusted) gross domestic product (GDP)," the Washington-based global lender says.
For Gourinchas, "the general assessment as to whether the economy is in a recession overall is a little bit more complex."
Federal Reserve Chair Jerome Powell said Wednesday the Fed "doesn't make a judgment on that," but added: "What a recession really is—it's a broad-based decline across many industries that is sustained for more than a couple months."
"The labor market is just sending such a strong signal of economic strength that it makes you really question the GDP data," Powell said.
David Wilcox, a senior economist at the Peterson Institute for International Economics and at Bloomberg Economics, says that considering an economy as entering recession after two consecutive quarters of negative GDP growth is simply "wrong."
He says while it's a "handy rule of thumb," it's not gospel.
"I kind of cringe and resist every time I see" that definition, Wilcox told AFP.
"There's one official arbiter of recession dating in the United States. And that's the National Bureau of Economic Research."

Late to the party?

The NBER, a private, independent and nonpartisan entity, was founded in 1920 to refine research on the US economy. Its "Business Cycle Dating Committee" uses several data points to determine when the economy is in expansion or recession.
"A recession is the period between a peak of economic activity and its subsequent trough, or lowest point," the NBER says on its website.
"The NBER's definition emphasizes that a recession involves a significant decline in economic activity that is spread across the economy and lasts more than a few months."
Also read: US Fed makes biggest rate increase since 2000 to fight inflation
But because the bureau prefers to base its assessment on solid data and publish its opinion several months after the figures are released, it can seem a little late to the party.
Ellen Hughes-Cromwick, an economist at the Third Way, a center-left think tank, says that the NBER's traditional delay is "not a problem" but rather a "methodology" that allows the bureau to avoid repeated revisions.
"What is common knowledge among economists is that in that preliminary estimate, they have less than 50 percent of actual statistics to measure second quarter GDP," she explains.
"In other words, 50 percent of that GDP preliminary estimate… are estimates," adds Hughes-Cromwick, who worked as an economist under presidents Ronald Reagan and Barack Obama.
Translation: the NBER is perhaps totally justified in taking its time.
By Robin LEGRAND
© Agence France-Presse

Tweets by @forbesindia
It's time to prioritize humane workplaces — even if it means less productivity
Earth Overshoot Day: We're now in a resource deficit for 2022