Netflix is expected to launch an ad-supported subscription tier in early November, about a month before rival Disney+ does the same 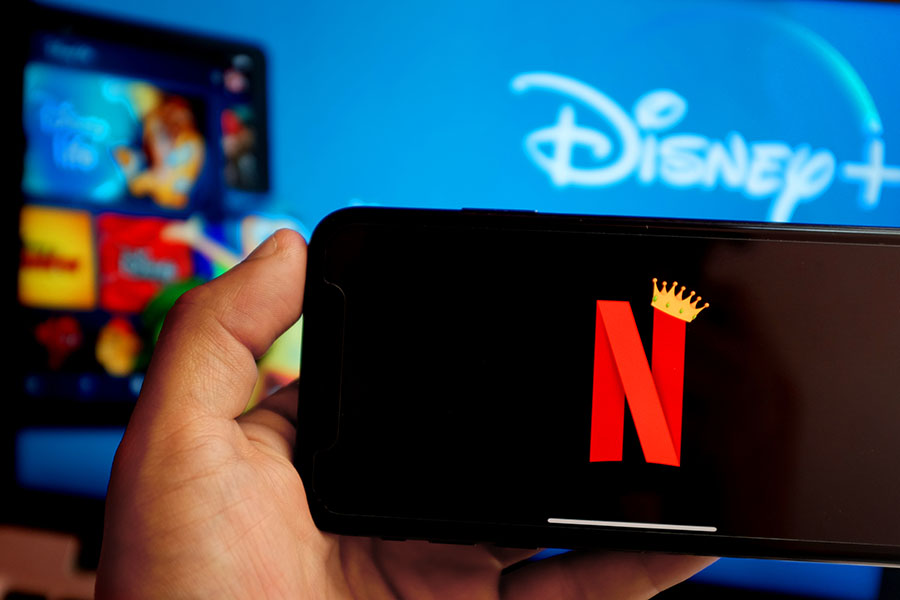 New York, United States: With the launch of cheaper, ad-supported subscriptions, Netflix and Disney+ are expected to bite into the revenue of traditional television channels as the streaming services look toward continued expansion.
After having long-shunned the notion of advertising on its platform, Netflix this year accelerated work on just such an offering as inflation prompts consumers to spend less and competition in the streaming television market intensifies.
Netflix is expected to launch an ad-supported subscription tier in early November, about a month before rival Disney+ does the same, according to US media reports.

"These launches are going to create the biggest premium advertising space in more than a generation," said analytics company Samba TV senior vice president Dallas Lawrence.
"It's going to be a major moment for advertisers."
The windfall for Netflix and Disney+ could be considerable. Market tracker Statista forecasts that spending on television ads globally will hit $159 billion this year.
Insider Intelligence analyst Ross Benes estimates that advertising revenues from streaming could reach $30 billion in two years in the United States alone.
Global video sharing and online television platform YouTube saw $28.8 billion in ad revenue in 2021.
"Not long ago, everyone said subscriptions would kill ads," said Kevin Krim, head of marketing analytics firm EDO.
"Now, we can see that is obviously not true."
Some streaming television services such as NBCUniversal's Peacock, Paramount+ and HBO Max already feature ad-supported offerings.
Also read: Netflix 'actively' working on ad-supported subscription
But Netflix and Disney+—with 220 million and 152 million subscribers respectively—
throwing their hats in the advertising ring could catch the attention of businesses interested in reaching television audiences, analysts said.
Netflix is looking to win over at least 40 million subscribers to its ad-subsidized tier by next year’s third quarter, according to an internal document cited by the Wall Street Journal.
When the time comes, Disney+ will transition its existing $7.99-per-month subscription tier to the ad-supported version, and the ad-free option will go for $10.99, the company has said.

Being able to reach Netflix or Disney+ viewers promises to help brands reconnect with audiences that have abandoned traditional "linear" television in favor of streaming entertainment, said nScreenMedia chief analyst and founder Colin Dixon.
"This actually gives advertisers access to people who they haven't been able to reach in a while, in their most focused viewing time," Dixon said.
No matter when viewers with ad-based subscriptions choose to watch a show or film, the commercials will be there, waiting for them.
It will also afford advertisers the luxury placing ads directly with Netflix or Disney+ for viewers around the world, rather than having to negotiate numerous deals with channels or stations in various regions, Dixon added.
These new subscription tiers will put pressure on linear television service providers that have not yet entered into the streaming game, analyst Lawrence said.
Also read: Netflix says it's business as usual. Is that good enough?
Even major US studios such as CBS, NBC and Fox are expected to see TV ad money lured away by the prospect of matching marketing messages with winning content such as "Stranger Things" at Netflix or "Star Wars" at Disney+.
"When Netflix and Disney+ unlock that capability and allow advertisers to access the most premium inventory available on televisions, we're going to go to a full stampede out of linear television and into streaming environments," said Lawrence of Samba TV.
"It will probably drive down linear television advertising value."
Along with reaching viewers wherever and whenever they stream television shows, ads on Netflix or Disney+ can provide marketers with more data than is available from what Samba called "old-fashioned TV," he added.
Streaming television ads can also be targeted at individual viewers, noted Krim.
And, Netflix and Disney+ have a chance to create new advertising models, breaking long-held norms about advertising length or placement, and even involving partners in program creation.
So far, streaming television services do not seem a threat to digital ad revenue for the likes of Amazon, Facebook, Google or TikTok, with marketers expanding their overall budgets for reaching people online, according to analyst Benes.
By Thomas URBAIN
© Agence France-Presse

Tweets by @forbesindia
LinkedIn ran social experiments on 20 million users over 5 years
Elephant, Dragon and the Bald Eagle: How Zetwerk took a six-fold leap as a profitable unicorn