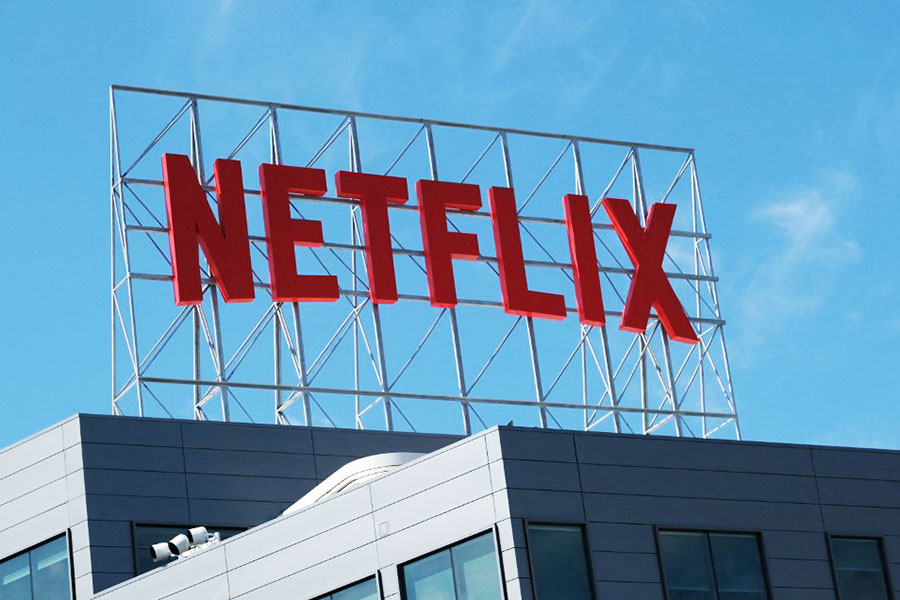 Netflix will work with Microsoft to launch a cheaper subscription plan that includes advertisements, the firms said Wednesday, as the streaming giant fights to attract customers.
Netflix opted to develop the lower-cost offering after a disappointing first quarter in which it lost subscribers for the first time in a decade, and after years of resistance against the very idea of running ads.
The ad-supported subscription will be in addition to the three options already available, the cheapest being $10 per month in the United States.
Microsoft will be responsible for designing and managing the platform for advertisers who want to serve ads to Netflix users.

"It's very early days and we have much to work through," Greg Peters, Netflix's chief operating officer, said in a statement.
Microsoft added that advertisers "will have access to the Netflix audience and premium connected TV inventory."
Adding advertising means Netflix will expose itself to some thorny issues, including debates around consumers' personal data being harvested on a massive scale to target them with more lucrative, personalized pitches.
Analysts were not surprised by Netflix's choice in Microsoft because it offers fewer conflicts of interest for Netflix than some other companies.
Also read: Can movie theaters save Netflix?
"Unlike the top three ad sellers in Google, Meta, and Amazon, Microsoft hasn't pushed competing streaming products," wrote analyst Ross Benes.
After years of amassing subscribers, Netflix lost 200,000 customers worldwide in the first quarter compared to the end of 2021, which sent its share plunging.
The streaming giant reacted by announcing the arrival of advertising on the service, with the aim to finance the investments necessary to maintain its position as leader in the industry that it launched.
Netflix indicated it would get tougher on sharing logins and passwords, which allow many people not to pay to access the platform's content.
© Agence France-Presse