Anu Aga: A life shaped by tragedy, and the courage to face it

Anu Aga's is an extraordinary tale—from the way she survived repeated family tragedies, to the turnaround she engineered at Thermax, writes Gunjan Jain 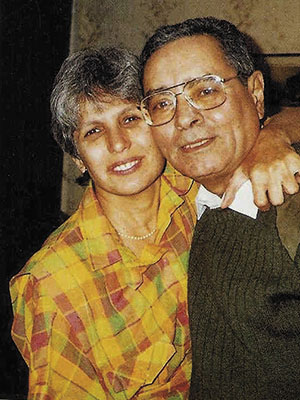 Anu has the rare capacity to heal grief. She is always ready to talk people through their traumas. What I most admire about Anu is her courage and meticulousness. Under Anu’s leadership, Thermax grew in size and profits. After she handed over the reins to her daughter Meher, Anu decided to help the underprivileged. She could have written out many cheques but chose the harder route.

– Gita Piramal
When I first met Anu Aga at Thermax India’s corporate office in Pune, I distinctly remember being overawed by her serenity and positivity. To merely say she has had a difficult life would be committing grave injustice to this woman—someone whose resilience has been put to test repeatedly, in tragic, heartbreaking ways. Over time, this patrician lady with close-cropped silver hair has proven to the world how true a fighter she is… a paradigm of will and strength.

Death is a dismal business; and grief, an intensely personal one. To talk about either with one of India’s most influential corporate leaders is not common, I thought to myself, as I made my way to the Thermax office on a balmy day… but then, nothing about Arnavaz ‘Anu’ Aga is.

A trained social worker who had chosen the simple joys of marriage and motherhood in her early years, Anu’s life turned around for her in ways she had never imagined. With the sudden death of her husband—CEO of Thermax then—Anu suddenly found herself at the helm of the company, by now ailing and hurtling towards a downward spiral.

Remarkable as it sounds today, Anu orchestrated one of the greatest revival stories corporate India had witnessed. But even while she was picking up the pieces, fate continued to strike one crippling blow after another. And she fought them all with an indomitability most of us can hardly begin to fathom.

Coming from an upper middle-class Parsi family, she shined consistently through her school and college years. Through the Social Service League of St Xavier’s College in Mumbai, she volunteered her time and energy to the underprivileged. Anu’s close friend, Kiran Datar, says that Anu was always interested in a world beyond her immediate family: “… a vibrant young girl… who connected easily with people.”

The Early Years And The Early Signs
After graduating, Anu enrolled at the Tata Institute of Social Sciences to study medical and psychiatric social work. “Though my degrees themselves did not prepare me for life’s difficulties, the experience and the people I met did have an influence on me. I think they all made me who I am,” she says.

When Anu met the young, suave Cambridge-educated entrepreneur, Rohinton Aga, she lost her heart to him right away. Rohinton worked at Wanson India with Anu’s father. The young couple married in 1965. Under Rohinton’s dynamic leadership, the company—which was renamed Thermax in 1980—grew into a respected engineering firm with interests in energy and environment.

A few years after their first child, Meher, was born, the couple lost their second daughter to an undetected ailment. Resilient, Anu refused to be in mourning and did away with rituals. When their son Kurush was born, in 1972, he was detected with a hole in his heart.

But nothing had prepared her for what came next.

In 1982, out of the blue, Rohinton had a massive heart attack, and while undergoing bypass surgery, suffered a paralytic stroke. Rohinton’s recovery took two years and, aside from tending to him, Anu joined the human resources team at Thermax.

Recovering from his two-year ordeal, fate seemed to have relented, as Rohinton took over the reins of Thermax again, sending its fortunes soaring. By the time Thermax went public in 1995, Anu was heading HR.

It was to be a special reunion. Anu was returning from the UK after helping Meher deliver her first child and Rohinton was driving from Pune to Mumbai to receive her. But on the way, he suffered his second, this time fatal, heart attack. 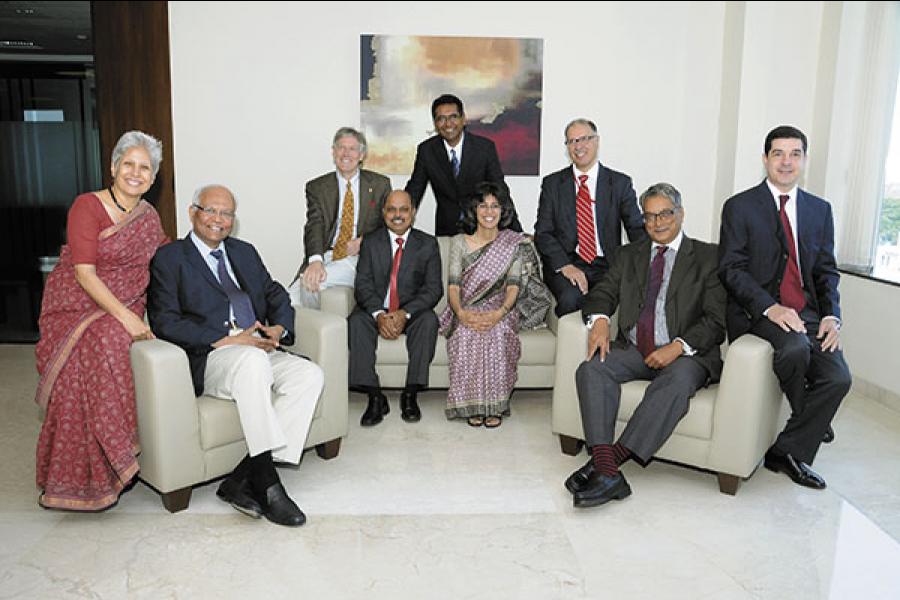 Anu Aga (extreme left) with the Thermax board of directors

The Loss Seemed Insurmountable
Moreover, having gone public a year earlier, the company was now accountable to shareholders. “It was a huge responsibility. The board had to take the tough decision of her heading the organisation within 48 hours of dad’s demise,” Meher says. What made things worse was the downturn in the Indian economy, which caused Thermax’s share price to plunge from Rs 400 to Rs 36.

“My mother’s courage of conviction surfaced and she had to come up with a turnaround plan,” Meher says. Soon after, says Gita Piramal, Anu transformed herself with “courage and uncommon common sense from an HR head to a chairman. She succeeded magnificently, as Thermax’s performance shows.”

Tragedy Strikes Again
I remember Anu going quiet for several minutes before she opened up about what she called the “most challenging” time of her life yet. Barely a year after her husband’s death, Anu lost her mother-in-law and, in the cruellest blow of all, her twenty-five-year-old son, Kurush, was killed in a car accident.

Losing a son made the loss of a husband “recede into insignificance”, says Anu. For Meher, losing her father, grandmother and brother was traumatic, but Anu’s strength was a rare blessing. “Surprisingly, I found that she was a bigger pillar of strength to me than I was to her,” she tells me.

When I ask Anu what the source of that strength was, she attributes it to her Vipassana practice. Another important lesson she learnt after Kurush’s demise was to stop asking why it happened and, instead, start acknowledging the Almighty’s design of things, which can sometimes be inexplicable.

“As soon as you are born you are going to die. The sun rises and it sets. Similarly all of us have to vacate this earth and if we don’t, can you imagine the chaos? So, we cannot shy away from death. This acceptance will teach you to take out time and do things when people are alive. Not to postpone it, not to procrastinate,” she says.

Datar recalls, “Coming to terms with this was the most formative period. It made Anu what she is today.”

Through all this pain and suffering, Thermax remained Anu’s catharsis and focus. By the time she stepped down as chairperson in 2004, the total income of the group company was at an unprecedented Rs 1,281 crore. It was now time to pass on the baton. Meher took over the reins in what seemed like a divine orchestration of a complete circle.

The Social Reformer
Today Anu is found either with her books or her grandchildren. Vipassana continues to be an inherent part of her existence. Retirement finally gave her the time to do what she enjoyed best—working towards helping the underprivileged. She is completely devoted to philanthropy today and is deeply involved with Teach for India and Akanksha—both working for the spread of education.

Why education, I ask Meher. “Because we believe that given an opportunity and equal access to education, everyone can make something of their lives, if they choose to,” she replies. “The relevant term here is given the opportunity and most people don’t get it. So through Teach for India, Akanksha, she is trying to bring about a change.”

I learn later that it was also Kurush’s sudden death that reminded Anu of the fact that everything is ephemeral.

Tweets by @forbesindia
The billionaires, financiers and heirs of Manhattan's 834 Fifth Avenue
Three vacation books to add wings to your career