The sound of a new music 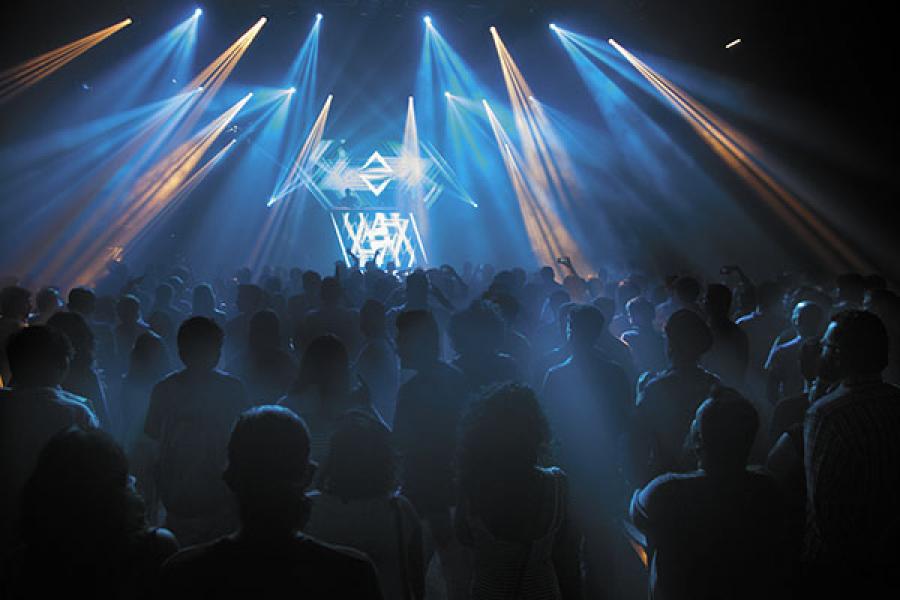 Image: Prasad Gori for Forbes India
The Glitch Mob is a Los Angeles-based band comprising three musicians who specialise in electronica using their laptops and midi controllers. Their first album ‘Drink the Sea’ was a major hit. Here, they are seen performing at Bandra’s Mehboob Studio in the first week of April

Is the guitar riff dead?

The most probable answer is yes. The crowd has moved on to Dubstep and EDM (electronic dance music) where the sound is more electronic and does not depend on multiple musicians who jam together.

When Pepsi MTV Indies, a Viacom 18 music channel, decided to have its first birthday bash, they organised a gig in Mumbai that was spread over four days and an equal number of venues. However, the first night was the only night when they had guitar-heavy bands. Over the four-day period, it was evident that the guitar had moved from being the instrument of choice to becoming a background sound. The big evening on the fourth day was dedicated entirely to EDM.

As the sound of live music changes, it will become less genre specific and instrument reliant, and will try to capture funk, techno or even metal with the use of computers. Agreed, that there won’t be many venues for music lovers who liked their grunge music undiluted, but then they are simply getting old and will have to live with that. Grunge is out of fashion.

The guitar is still one of the most important instruments for a gig. But its use has gone through a metamorphic shift due to changing technology, a Twitter crowd and the economics of staging a live act. It is just easier (and cheaper) to get a guy who uses his Mac Pro and his own voice to create the sound of all the instruments in the world without having a set of musicians to create a concert atmosphere.

MTV Indies got the guitars back on stage on the first night. The four-day event began at BlueFrog, Lower Parel, on April 1 with three bands that have not been active on the live music scene for a long time—all of them relying heavily on the guitar.

The evening opened with Blek, an alternative rock band, which has a very modern sound to its guitars. However, the instrument was only accompanying the band; the guitar was relevant but more to create a background sound. Blek is one of the bands that Hindi film director Dibakar Banerjee has used to create the background score for his latest movie Detective Byomkesh Bakshy!. 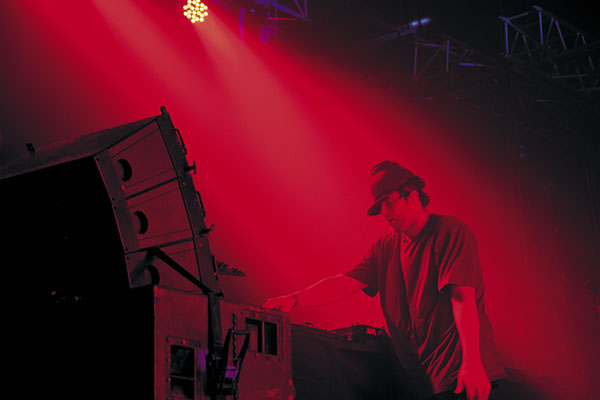 Derek Vincent Smith of Pretty Lights released A Color Map of the Sun in 2013. He toured with a full band during the year to promote the album. His band included a keyboardist, drummer and a trumpeter


Yesteryear bands—starting with Led Zeppelin to Pearl Jam—had relied on the guitar to create the mother of guitar riffs that will reside in the DNA of listeners for generations to come. From ‘Black Dog’ to ‘Even Flow’, the guitar riff refused to die. In between, Jimi Hendrix took the guitar to another level where the riffs became long solos.

For years, the guitar defined rock music. Without it, arena rock would not have become arena rock. U2, which can be considered the last arena rock band, had a slow death as it failed to reinvent its sound and its music struggled to stay relevant. Later, there were bands like Coldplay which more or less took the guitar to the background. It is only Radiohead that has managed to keep the sound of the guitar relevant and important, despite evolving and keeping its sound modern. 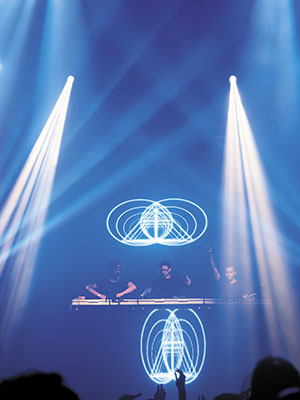 Image: Prasad Gori for Forbes India
A live performance by The Glitch Mob at Mehboob Studio in Bandra

In India, the 1990s were dominated by bands like Parikrama, and later with Pentagram—cover bands that went on to create independent music. The emphasis on the guitar went up with the advent of bands like Indian Ocean and even Advaita, where they managed to create a unique sound by merging eastern sounds with western strings. They took the traditional folk rock and Indian classical approach to rock concerts.

One of the bands in India that has been evolving constantly is Bombay Black, headed by brothers Paresh and Naresh Kamath with Randolph Correia. They started using computers way back in the late ’90s and defied all kinds of genres to create a unique sound. Initially there was some criticism about using electronics or computers during their live acts, but most people did not realise that playing live to a background music that is generated through computers can be very challenging because there is very little room for making mistakes. Bombay Black got it right. They kept on looking for a new sound.

In India, there are other bands like Shaa’ir+Func, Donn Bhat and Dualist Inquiry which play electronica layered with guitar sounds very effectively.

But it was Split that had the classic guitar sound and a feel of yesteryear grunge. The crowd’s response to its act was apt, and there were moments when you felt that the ’90s still had their takers. But then, the crowd that was responding to its music was in their late 30s.

Much of today’s crowd prefers EDM and that was clear when The Glitch Mob performed at the Mehboob Studio in Bandra on the fourth day. The set-up was lazer-driven, with three guys on their computers. The crowd wanted to dance through the music, but there was no distinction between the tracks; everything sounded the same. 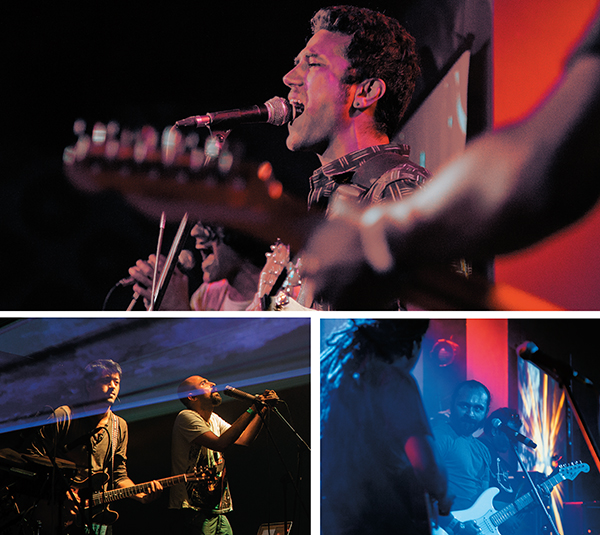 Clockwise from top: Paresh Kamath of the Bombay Black, an experimental band from Mumbai, that has defied genres; Split, the classic alternative grunge guitar band; Donn Bhat took the crowd by storm


“It’s the girls who drive the concert crowd. You get one girl to a live concert and five guys will follow. And girls love to dance, and they prefer EDM. How many girls want to participate in a mosh pit?” said one musician.

Bobin James, head of programming at Pepsi MTV Indies, doesn’t agree: “Earlier, genres were very clearly defined. There was the live rock act with live instruments. And there was the electronica scene with the DJ at his console. But today, more than ever before, musicians are mashing together the live rock sound and the electronica sound. I’m not calling it fusion but it is more about a layering of the sound where the live guitar is performed over electronica.”

The last act was by Pretty Lights, a one-man show by Derek Vincent Smith. He is an electronic music artiste who has created an original sound, which is quite an experience when it comes to live music. Smith is one of those musicians who will be around for a long time. But even he doesn’t need the sound of the live guitar. He has his computers.

(Viacom 18 is part of Network 18 which publishes Forbes India)

Tweets by @forbesindia
The Curse Of Brahma is fast-paced
Want the world's most valuable coins? Ask Brent