Should You Build, Borrow or Buy? 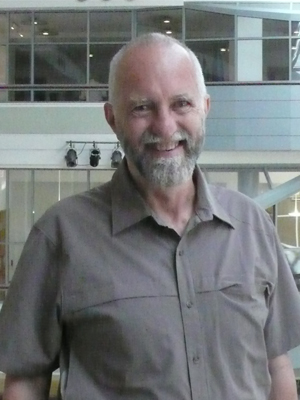 Will Mitchell is the Anthony S. Fell Chair in New Technologies and Commercialization

Your book begins with a bold statement: “Something is broken in the way businesses obtain the resources they need to grow.” What has gone wrong?
Organizations are constantly looking for new technologies, new markets, new business models, new production techniques and new products. Most of them are pretty good at seeing opportunities. They’ll make a choice and then say, ‘OK, let’s make this internally’, or ‘Let’s do a collaboration with X’, or ‘Let’s buy this other firm’ — and then they put a huge amount of effort into trying to do that well. Our premise is that there is an important step that comes before that: before busting your tail to make something work, you need to make sure to pick the right way of gaining access to the new technology/business model/product in the first place. If you get this right, you’ve got a reasonably good chance of implementing it well; but if you get the method wrong, in many cases, no matter how hard you work at it, it’s going to fail.

The book’s title is more than just pleasing alliteration — what do the terms build, borrow and buy represent?
The notion for ‘build’ is to walk through a very simple decision model that says, “under certain conditions it makes sense to do it inside.” If you know enough about the technology and if it doesn’t conflict with your organization, by all means, do it inside: it’s faster, it’s often cheaper, and you’ll have more control over it. But if neither of those things is true — if it’s a long ways away from your existing resource space, or close to your resource space but it’s really going to change the business model, and create a lot of conflict — it makes more sense to look outside of your organization, and that gets us into the ‘borrow’ realm.

There are two types of ‘borrow’; one is for basic, simple things where both parties can describe the relationship clearly and the intellectual property regimes are strong enough to protect a contract. If those two things hold -- clarity and protection – my advice is, just do a license. If not, consider doing an alliance. But only do an alliance if there are small enough points of contact that it’s not going to overwhelm you. There are cases where we get into an alliance with a firm where there are just so many people involved that we can’t manage it — goals aren’t compatible, time isn’t compatible — and it doesn’t work. In these cases, you move into considering the ‘buy’ option.

You caution against rushing into M&A. When is it okay to buy?
Buying is the ‘sexy’ option, because it gets lots of press and it requires lots of money. As a result, it’s the sort of thing CEOs and senior management teams like thinking about. And the truth is, I have yet to encounter a firm that, at some point -- and often sooner than it thinks -- is not going to have to think hard about a buy option if it wants to stay in the market.  But what we’re saying is, consider this only after ruling out the other two options, and only if you feel you have a viable integration plan. And don’t get trapped: don’t say, ‘That won’t work, so therefore we have to do this.’

Here’s an example. Eli Lilly did a collaboration with Icos to develop Cialis, for erectile dysfunction (ED). This was a thoughtful play, because it was a space where Lilly didn’t have a lot of skills, but they knew there was a market opportunity. They also knew that if they hired some people to bring it inside, it just wouldn’t fit.   So they created this relationship with Icos in Seattle, managed it really well, got them to the point were they brought Cialis to the market and it was a huge success. But they also looked at the product and said, ‘This is a really cool molecule, because not only can we use it for ED, we can use it for cancer’ – which is one of their major themes as a company. Being able to take something from this kind of peripheral thing – ED -- and use it in their Oncology group was a huge deal, but it also made things too complicated to continue to do it through an alliance, so they ended up buying Icos.

You write about a lot of potential pitfalls companies can fall into in pursuing growth, including ‘the implementation trap’. Can you explain what that is?
In some sense it goes back to Peter Drucker, who talked about putting a lot of effort into ‘doing the wrong thing well’.  For example, Schering Plough pharmaceuticals killed itself as a company because it tried really, really hard to come up with a follow-on drug to Claritin, which had enabled it to create the non-drowsy allergy space. They built the new drug in their own labs, created a marketing system for it, did a pioneering direct-to-consumer advertising campaign for it even before you were allowed to do direct-to-consumer advertising, knew that it was coming up patent, knew that they needed a replacement, and spent hundreds of millions of dollars on a thing called Clarinex, which was so similar to Claritin, it had absolutely no chance of making it. Clarinex has done OK, but not anywhere near the Claritin model. They completely missed the opportunity to go out and license something else, or to buy something else.

In the book you make reference to steam locomotive manufacturers, who, in facing the threat from diesel trains, started making even better steam trains. Can you think of a modern-day equivalent?
Maybe PC manufacturers? There are companies right now who are busting their tails to make great PCs, even though they are being replaced by laptops. How much value is there in having yet another iteration of the desktop when the laptop is taking over the world? Furthermore, there are people out there busting their tails to make great laptops, but an awful lot of people now don’t even buy laptops because they can do everything they need to on a BlackBerry, or more likely an Android-based phone.

Are there any lessons to be taken from the oft-made Apple vs. RIM comparison from a build/borrow/buy perspective?
Apple is one of the best value chain integrators in the world, which essentially means that they’re really good at build/borrow/buy, both in identifying and implementing it. A value chain integration strategy says, ‘Look, there’s a research stage, a development stage, prototyping, production activities; in many industries there’s regulatory activity, there’s marketing, there’s distribution, there’s service. We can think of these as discrete steps where we do a series of handoffs, or we can think of it as something where we do most or all of it ourselves. Or we can think of it as something where we find really strong firms around the world to do different pieces of it, and we create value in part by picking one step — or maybe more than one, but some subset — and we pull it together. We’re the coordinator.’

Apple is spectacular at this. I call it value chain integration because it basically says, ‘What do we need to do ourselves and what do we need to do outside?’ The make-and-buy model historically said, ‘We will make specialized stuff and we will buy commodities.’ This one says, ‘We’ll buy commodities, but we’ll make some of the specialized stuff, and we’ll work with really strong firms around the world that are even better than we are at making the specialized stuff. And we’ll get a lot of the value added by putting the whole thing together.’ Apple isn’t the only company that does this well: Boeing, Airbus, Bombardier and Embraer also do this. And increasingly, the successful pharma companies are the ones who don’t try to do everything themselves, but instead put together value chains. RIM is an example of a firm that went a little too long at trying to think through things with a traditional make-or-buy model.

You have said that ‘shedding’ can be as important as acquiring. What is the role of divestiture in growth?
It’s simple: get rid of stuff that’s not contributing to where your vision is right now. It might have contributed to where you were in the past, but it’s no longer contributing. Also, get rid of stuff that never contributed, either because it just didn't work or because you bought it as part of something else and it was left over.

The Japanese economy is in a 15-year recession, in part because companies that became really strong got to the world stage, and have really been unwilling to get rid of stuff, at least at home. Partly it’s about pride, and partly, it’s the sense that if you get rid of it, people are going to lose their jobs, and socially, you don’t want to do that. But the result is, you end up being bloated with a bunch of stuff that doesn’t work very well. It may be individually really powerful, but if it doesn’t fit together, let somebody else use it who can create more value from it.

What are some first questions companies should ask themselves when trying to decide how to grow?
They are basic strategy questions: at this point in time, what is our vision for what we want to accomplish over the next relevant time horizon -- three to five to 10 years? And within that space, where are the really big opportunities? What are the major themes we are going to go after? What do we already have that will really contribute to doing that, and what are the things we can explore that will make this even more interesting and stronger?

I have become increasingly convinced that the companies that become viable in the long run are the ones that, over time, build the ability to have a portfolio of build/borrow/buy activities, and do this in a way that feeds into an evolving vision of who they are as a company, for the kind of value they want to provide to people. Great, successful organizations are ones that know what type of value they can provide that people will pay for. And they never get trapped by old value -- they are constantly creating new value.


Will Mitchell is the Anthony S. Fell Chair in New Technologies and Commercialization and Visiting Professor of Strategic Management at the Rotman School of Management.  Rotman faculty research is ranked in the top ten worldwide by the Financial Times.

Tweets by @forbes_india
Renew Power: Tapping into India's Wind Energy Potential
Is There Life After an MBA?