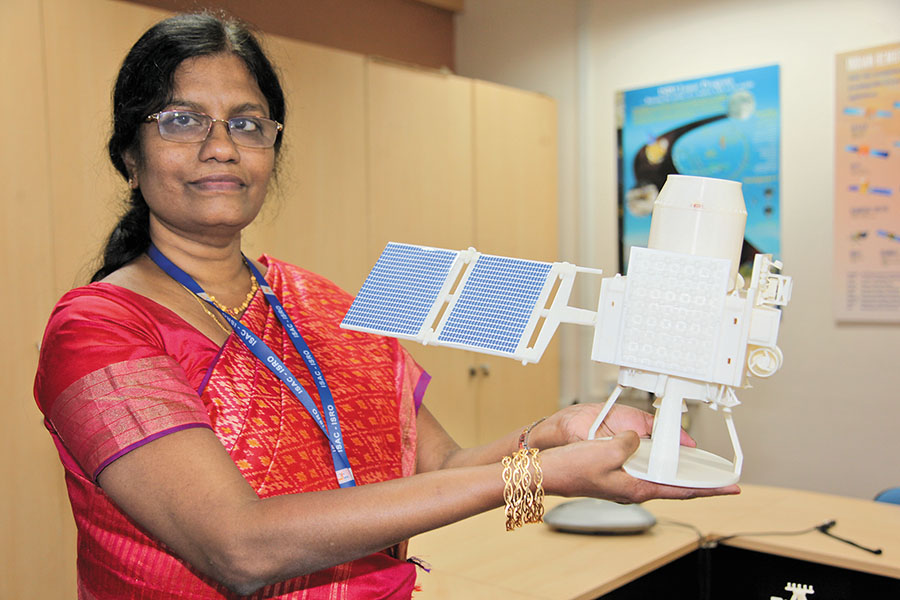 Muthayya Vanitha and Ritu Karidhal Srivastava shot to fame last year as they became role models for youngsters in India—and girls in particular—aspiring to careers in science and technology, with a focus on space sciences. Vanitha was named project director of Isro’s Chandrayaan-2 mission, 18 months before the July 2019 launch, while Srivastava was mission director for the same project.

Chandrayaan-2, had it not missed its last critical step, would have been a historic first for Isro for having soft-landed a rover on the lunar surface. The rover called Vikram, however, crashed on to the moon in September due to problems with its braking thrusters. An electronics systems engineer from College of Engineering in Guindy, Chennai, Vanitha joined Isro as a scientist-engineer 33 years ago. Her work brought her increasing levels of managerial responsibility along with her engineering efforts, as she took up new roles and contributed to multiple projects over the years. She has previously worked on satellite projects like the Cartosat-1, Oceansat-2 and Megha-Tropiques, where she was responsible for data operations, as well as the successful Mangalyaan mission to Mars in 2013.
Forbes India Self-Made Women 2020: See full list here
She was persuaded by her predecessor M Annadurai to take on the role of project director for Chandrayaan-2, a promotion from her previous designation of associate director. “From a project point of view, this will be the first time that she is in charge. But she was in charge of another domain—of making data handling systems for all our remote-sensing satellites. It is definitely a big turning point for her. It is not something new for Isro, however, to have women in charge of projects,” Annadurai told The Indian Express last June. 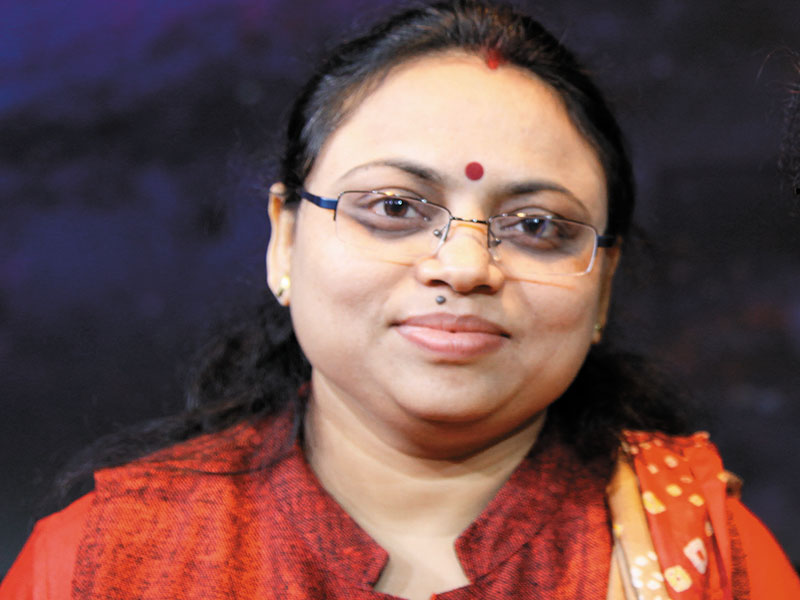 In 2006, Vanitha won the Best Woman Scientist award of the Astronautical Society of India, and last year, international science journal Nature named her among scientists to watch out for. India’s attempt to land a rover near the moon’s south pole and explore the region for the first time could bring Vanitha a “big moment”, the journal had noted. Srivastava, with a master’s degree in aerospace engineering from Indian Institute of Science, in Bengaluru, joined Isro in 1997 and won its Young Scientist Award in 2007. She was a deputy operations manager for the Mars mission. At a TED Talks event in 2017, Srivastava described herself as a “simple girl” from a Lucknow family that placed a high premium on scholastic achievements. “The stars attracted me right from childhood. I would wonder what was on the other side of that vast expanse of space,” she said. “Science wasn’t just a subject to me, but a passion.” Over her 20-year career at Isro, she had many opportunities to work on important projects. “But Mangalyaan held a special place in my aspirations,” she said. When Isro attempted the orbiter, the agency had only about 18 months to prepare, she said. And the software on board had to be autonomous enough to fix any glitches on its own. Srivastava played an instrumental role in building those systems in 10 months. “Even a simple mistake could threaten the whole mission.” One of the most critical stages of the mission was inserting the satellite into an orbit around Mars. “Being the deputy operation director, it was mine and my team’s responsibility to ensure the process happened on its set configuration,” she said. “This was the first Indian satellite to have full-scale, on-board autonomy.” The mission had many important features, including being the first in the world to have succeeded at orbiting Mars, as planned, in the very first attempt. It was also the cheapest Mars mission in the world. And, “most importantly, women scientists worked shoulder to shoulder with their male colleagues to make this mission a success,” she said. “My ethos in life is to put everything into even the smallest task assigned to me… that always brings one rewards,” Vanitha said recently, while speaking at a ceremony organised by Sathya Sai Seva Trust, which presented her with its Eswaramma Puraskar award. She urged youngsters to not only have a goal in life, but to also find ways to relax and enjoy life with hobbies. “I bake cakes, try out new dishes, grow my own ginger and coriander, and I have a passion for orchids, on a small plot we have,” she said. When Isro offered her the project director’s job for Chandrayaan-2, “I doubted myself, but went ahead and took the challenge and I enjoyed it,” she said. “When life throws challenges at you, it will also give you the strength and the grace to face the challenges.” A common feature that underscores the achievements of both Vanitha and Srivastava is their ability to see the big picture. In different speeches, they echoed each other. Srivastava said “the whole world was watching us”, referring to the Mangalyaan mission, and Vanitha joked about how it isn’t only cricket matches that keep Indians awake at night. “The entire world was watching our launch and mission,” she said about Chandrayaan-2. “We aren’t doing this for the salary, but we are doing something for the nation.”