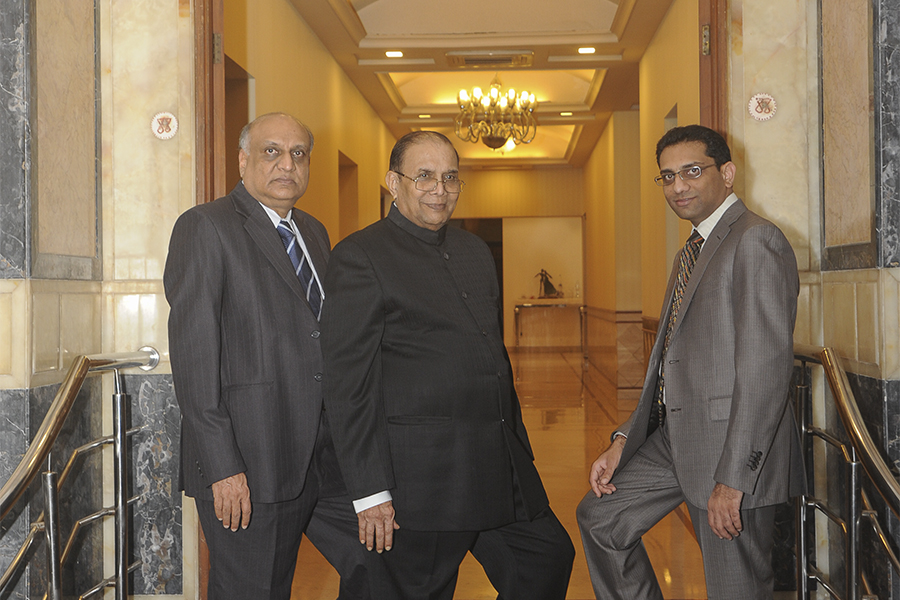 Families from India made up more than one-third of the latest list of Asia’s 50 Richest Families, Forbes Asia said in a statement on Thursday.

With a combined wealth of $153.61 billion, as many as 17 entries in the 2016 list hail from India, including the Ambani, Hinduja, Premji, Mittal, Bangur, Mittal and Burman families, to name a few.

South Korea’s Lee family, the eminent name behind the Samsung Group, topped the overall list for the second year in a row. Its combined wealth grew to $29.6 billion, up from $26.6 billion last year. Thailand’s Chearavanont family rose to the No. 2 spot, with a net worth of $27.7 billion.

The last two positions among the top five were taken by Hong Kong-based families: the Kwok family (No. 4, $25.2 billion) and the Lee family (No. 5, $24.7 billion) of Henderson Development.

Business interests of the top five families in the list span technology, livestock producers, real estate and oil and gas. Collectively, the top 50 families in the 2016 Forbes list of Asia’s Richest Families are worth $519 billion.

Tim Ferguson, Editor of Forbes Asia, said: “Sources of Asian wealth are broadening. You can see that among the rich families here, and even within many of the families - no particular sectors of the economy dominate. For those aiming to be among Asia's richest, it's a very wide world.”

The minimum net wealth to qualify for the list was $3.4 billion, up from $2.9 billion a year ago. 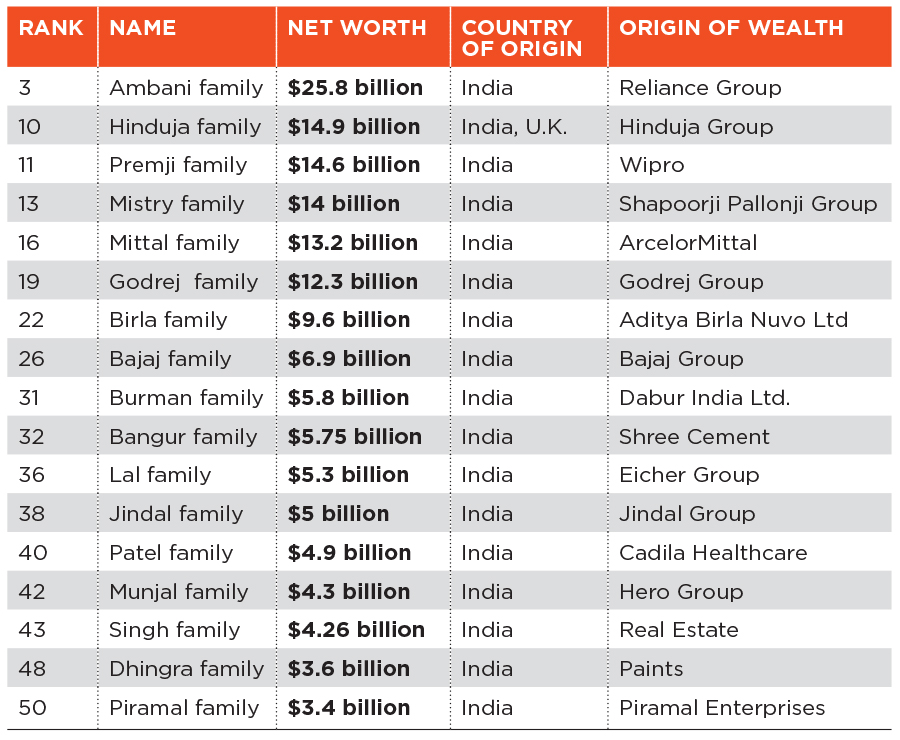 Source: Forbes
One of the standout performers in the list was the India-based Bangur family (No. 32, $5.75 billion), led by patriarch Benu Gopal Bangur. The family’s shares in their company, Shree Cement, soared nearly 35%, buoyed by rising sales and falling coal prices. Now run by Benu Gopal’s son Hari Mohan and grandson Prashant, the firm’s revenues exceed $1 billion, with a market capitalization of $8.7 billion, Forbes said.

“Private companies were valued based on similar companies that are publicly traded. To qualify, a family’s wealth must be rooted in Asia and participation in building that fortune has to extend at least three generations,” Forbes Asia said.

(Mukesh Ambani is the chairman of Reliance Industries Ltd, which owns Network 18, publisher of Forbes India)

Tweets by @forbesindia
I entered advertising only after I could not sell my poetry: Prasoon Joshi
Black money crackdown will result in transparency in real estate deals