1 Tim Burton’s Alice in Wonderland
Purists may cringe at Burton’s reworking of the Lewis Carroll classic, transforming it into a revenge saga where Alice sets out to liberate Wonderland from the clutches of the Red Queen. But then Tim Burton’s quirky sense of style and weird art direction — The Corpse Bride and The Nightmare Before Christmas — seem strangely fitting for Wonderland. The film stars Burton regulars Johnny Depp and Helena Bonham Carter playing the Mad Hatter and the Red Queen.

2 Darren Aronofsky’s Black Swan
Hot on the heels of the success of The Wrestler, Aronofsky has shifted to the rather more genteel world of ballet dancing. The film is about bitter rivalry between a couple of ballet dancers. The film stars Natalie Portman and Wynona Ryder. 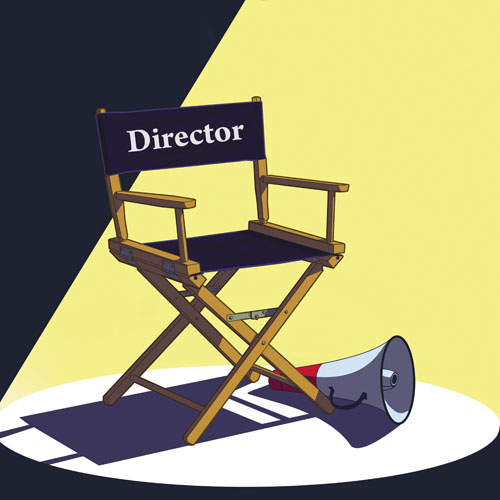 Image: Aditya Chari
3 Martin Scorsese’s Shutter Island
One of the most highly anticipated films of the year, this is Scorsese’s first film after The Departed (2006). A police marshal (Leonardo DiCaprio) arrives at Shutter Island, host to a prison hospital for the criminally insane, to track down a missing inmate. Only to be enmeshed in layers of intrigue which leave his own life and sanity at stake. The film is adapted from a book by Dennis Lehane, one of Hollywood’s favourite novelists. His previous books turned into films include Clint Eastwood’s Mystic River.
4 M. Night Shyamalan’s The Last Airbender
Based on a popular animation series on Nickelodeon, Avatar: The Last Airbender marks Slumdog Millionaire star Dev Patel’s sophomore big screen appearance. The debate is already raging on whether M. Night Shyalaman will be able to deliver, considering his last couple of films were excursions into the implausible (The Happening) and the mind-numbingly bizarre (Lady in the Water).
5 Sylvester Stallone’s The Expendables
No action film in living memory has generated as much anticipation and dread. Anticipation, because it has got just about every actor of note who has ever put in appearance in an action flick: Besides Stallone, the cast includes Jet Li, Dolph Lundgren, wrestler Stone Cold Steve Austin, Mickey Rourke and cameo roles by Bruce Willis and even Arnold Schwarzenegger. Dread, because fans believe there’s no way the film can live up to the expectations they have from such a testosterone-overloaded ensemble. The film is slated for release in August.
6 Ridley Scott’s Robin Hood
The Kevin Costner-starrer, Robin Hood: Prince of Thieves, is inextricably linked with one of Bryan Adam’s most saccharine and cloying moments: ‘Everything I Do, I Do It For You’. This time around, mediaeval action fans will probably be spared the mush. Scott earned his spurs on visceral films like Alien and Blade Runner. Russell ‘Robin Hood’ Crowe has already thrown down the gauntlet, describing the last Robin Hood film as “an extended Jon Bon Jovi video clip.” This Robin Hood promises to be a lot more aggressive and violent than any of the previous iterations.
7 Woody Allen’s You Will Meet a Tall Dark Stranger
The cast alone would have put it on this list: Anthony Hopkins, Naomi Watts, Frieda Pinto, Anupam Kher, and Antonio Banderas. The plot appears to be familiar territory for Allen — a dysfunctional family trying to come to terms with its problems. Enthusiasm levels for the film are high, given the cast and considering how adept Allen is at films of this sort.