The board's actions show how it is continuing to grapple with the fallout from the way it previously handled sexual harassment at Google, which it owns 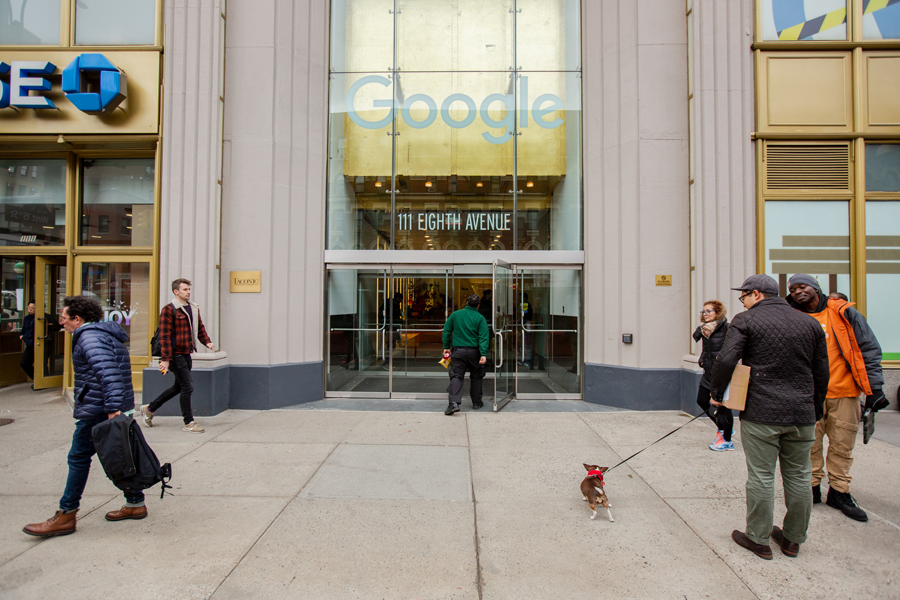 FILE -- Google's offices in New York, July 27, 2018. Alphabet’s board of directors is investigating allegations of sexual misconduct and inappropriate relationships by current and former executives as part of its legal defense against shareholder lawsuits over its handling of the matters, according to documents viewed by The New York Times. (Benjamin Norman/The New York Times)

SEATTLE — Alphabet’s board of directors is investigating allegations of sexual misconduct and inappropriate relationships by current and former executives as part of its legal defense against shareholder lawsuits over its handling of the matters, according to documents viewed by The New York Times.

The internet giant’s board formed a special litigation committee of independent directors this year and hired the law firm Cravath, Swaine & Moore to investigate the allegations made in one such shareholder lawsuit, according to the documents.

In a statement, Alphabet confirmed that its board had formed a committee “to consider claims made by shareholders in various lawsuits relating to past workplace conduct.” It did not elaborate further.

The board’s actions show how it is continuing to grapple with the fallout from the way it previously handled sexual harassment at Google, which is owned by Alphabet. The shareholder lawsuits followed a New York Times article last year that revealed Alphabet’s board had approved a $90 million exit package for a star executive, Andy Rubin, even though an investigation into a sexual harassment claim against him was deemed credible. The lawsuits accused the board of enabling the misconduct.

As part of the inquiry, Cravath’s lawyers have reached out to women who made accusations against Google executives, according to the documents.

The lawyers are also looking into relationships involving David Drummond, Alphabet’s chief legal officer and one of the company’s most senior executives, who had an extramarital relationship with a woman who worked for him and recently married another woman from Google’s legal department.

CNBC earlier reported the investigation by Alphabet’s board.

News of the payouts to Rubin and other executives accused of wrongdoing, along with the continued employment of male executives who had acted inappropriately with women at Google, touched off outrage across the company and prompted a 20,000-person employee walkout a year ago.

In August, Jennifer Blakely, a former senior contracts manager in Google’s legal department, published an essay on Medium about her relationship with Drummond. She wrote about how she was forced out of her position in the legal department after the birth of their son made it impossible to hide the relationship. Blakely was part of the Times article.

Blakely also said that after the two split, Drummond had affairs with other people at the company. Alphabet has not responded to Blakely’s comments, but Drummond said at the time that he had never started a relationship with “anyone else who was working at Google or Alphabet.”

Sundar Pichai, Google’s chief executive, said in October 2018 that Google had fired 48 people over a two-year period in response to claims of harassment and that none had received an exit package.

The employee anger over the payouts has also pushed Google’s workforce to speak out about a wide range of issues, including the company’s policies toward contract workers and doing more to fight climate change.