Amazon pledges to be carbon neutral by 2040

Jeff Bezos announced that the ecommerce company is ordering 100,000 electric delivery trucks from Rivian as part of a new effort called the Climate Pledge, which Amazon is the first to sign

By David McCabe and Karen Weise 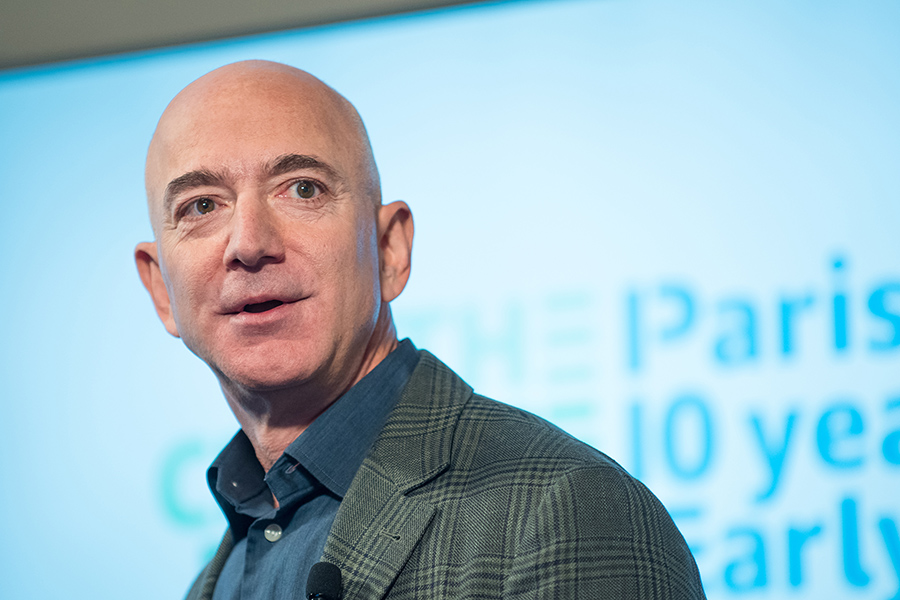 Amazon CEO Jeff Bezos speaks at the National Press Club in Washington, on Thursday, Sept. 19, 2019. Amazon committed on Thursday to meeting the goals of the Paris climate agreement 10 years ahead of schedule and be carbon neutral by 2040. (Emma Howells/The New York Times)

WASHINGTON — Amazon committed on Thursday to meeting the goals of the Paris climate agreement 10 years ahead of schedule and be carbon neutral by 2040, in the company’s most ambitious push yet to combat climate change.

Jeff Bezos, the company’s chief executive, said that the promises were part of a new effort called the Climate Pledge. Amazon is the first company to join the pledge.

To help meet its goal, Bezos said Amazon was ordering 100,000 electric delivery trucks from Rivian, a Michigan-based company that Amazon invested in this year.

Bezos said that climate change had outpaced even the serious predictions the scientific community made five years ago.

“Those predictions were bad but what is actually happening is dire,” he said.

Thursday’s announcement comes a day before more that 1,500 Amazon employees had planned to walk out of work, in an escalation of almost a year of pressuring Amazon to be more aggressive in its climate goals. The walkout is in conjunction with a day of planned climate strikes around the world.

They pushed Amazon on three issues: That the company have zero emissions by 2030, that it stop offering custom cloud-computing services that help the oil and gas industry find and extract more fossil fuels, and that it stop giving campaign donations to politicians who deny climate change is happening.

Bezos punted on many of their demands. Amazon would still continue to sell its cloud services to the oil and gas industry, he said. “We’re going to work hard for energy companies, and in our view we’re going to work very hard to make sure that as they transition that they have the best tools possible,” he said. “To ask oil and energy companies to do this transition with bad tools is not a good idea and we won’t do that.”

He said the company was taking a “hard look” at whether its political donations were going to “active climate deniers,” but stopped short of saying that the company would not give them more money in the future.

Bezos said Thursday that Amazon would lobby on a case-by-case basis for political responses to climate change. But he declined to endorse the Green New Deal, which has gained significant traction on the left.

“There are lot of different ideas for what the Green New Deal is and it’s probably too broad to say too much about that in particular,” he said.

This February, Amazon invested $440 million in Rivian. After almost a decade of work, Rivian last November revealed its battery-powered pickup truck and an electric sport-utility vehicle built on a “skateboard”-like platform that carries the battery, cooling system, motor and other essential parts. It has said it could build other vehicle types on the platform, and the pickup could drive 400 miles between charges.

Amazon said the first Rivian electric delivery trucks would hit the road in 2021, and it planned to have 10,000 in service as early as 2022.