This means a five-fold increase in the volume from 2018, which involved about 50,000 overseas Indian sales in the year 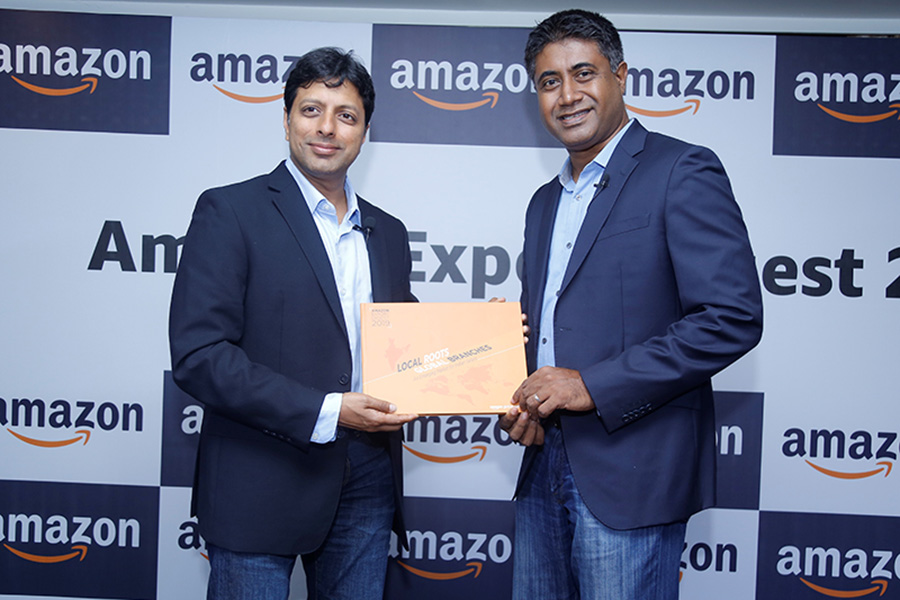 Indian sellers exporting their wares on Amazon’s global marketplace rose to more than 50,000 in 2018, and together sold goods worth over $1 billion. This was the third year since the online retail giant opened the service to Indian exporters. By 2023, Amazon expects this volume to rise to $5 billion, the company’s India head told reporters in Bengaluru at a conference on Tuesday. Launched with just a few hundred sellers in May 2015, more than 50,000 Indian exporters are now part of the Amazon Global Selling programme, offering more than 140 million made-in-India products to Amazon customers in the US, UK, Australia, China, south-east Asia and other overseas markets, the company said in a press release.

Amit Agarwal, a senior vice president at Amazon, and country head of Amazon India, said on the projection to 2023, “The multiplier impact of this growth on the Indian economy will be significant with new infrastructure built-up and on employment generation, especially as the successful micro, small and medium-sized enterprises will in-turn reinvest in their local communities—creating jobs and supporting local economy, and thus boosting the entire ecosystem around them.” Amazon released some data on the sellers from India and their exports too. The rise to 50,000 sellers is a 56 percent increase over 2017. The 140 million products represent a 55 percent rise in the selection of Indian products offered globally. And sellers who chose to be part of the ‘Fulfilled by Amazon’ programme—meaning Amazon ships their products for them—rose by 71 percent over 2017. Highlights for 2018 include the opening of Australia as a market for Indian sellers on Amazon. More than 500 Indian exporters are now offering more than 12 million products to customers down under. Sales to business customers in various markets is also growing, with 6,000 Indian sellers offering their products to businesses overseas in 2018. Overall, an overseas customer base of about 300 million buyers was tapped in 2018 by India’s sellers on Amazon. Gopal Pillai, vice president, seller services, Amazon India said, “More than 80 percent of these exporters come from non-metro and tier-2 cities and beyond.”
Highlights > 56 percent — Rise in number of sellers in 2018 over previous year > 140 million — Number of products offered in 2018 > 55 percent — Rise in the number of products offered in 2018 over previous year > 71 percent — Growth in Indian exporters using Amazon’s own fulfilment network > Top states by exporters — Delhi, Rajasthan, Maharashtra, Gujarat and Uttar Pradesh > Emerging cities by exporters — Cuttack, Darjeeling, Kankroli, Peermade, Rampura Phul > Emerging product categories — Art and craft, musical instruments, baby products, video DVD, pet products > Major sale events — Amazon’s Prime Day saw an increase of 69 percent in number of sellers; Sellers rose 30 percent on Cyber Monday and Black Friday as well.

Tweets by @forbesindia
Get leadership lessonsâ€”from horses
Kevin Freitas: Working like a dream