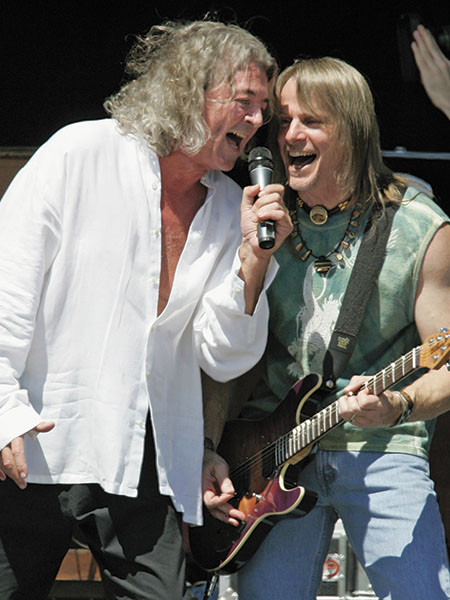 Ever since I was young I’ve found the religious devotion of fans to sporting clubs a rather curious thing. A friend of mine has the name of his favourite football club (situated a mere 7,500 km from where he resides) prominently inked on his body, a lifelong commitment to a privately owned enterprise whose owners are as wont to turn over their company for the right princely price as also the sportsmen they employ, happy themselves to switch their jersey colours as quickly as a deal carved in gold can be struck. Many of those players don’t even hail from the same country, let alone the same county of said sporting club, which counts on the virulent flag-waving fandom of the neighbourhood lads.

The investment in a rock ’n’ roll band felt so much safer: They entertained you with their skills, wrote ditties and verses that resonated more deeply than brutish football club anthems, and their members weren’t likely to be pinched by some rival outfit with a fatter purse. A rock group remained the real deal—the sum of its original parts that you pledged your allegiance to. How many of those bands have honoured their end of the deal, the till-death-do-us-parts we signed and demanded of them in return: The Rolling Stones, U2, Radiohead. But what happens when crucial members find (or are shown) their way out of the critical mass of original form? And how many are allowed to be replaced before the band is merely a brand with a recurring mascot and a lasting logo?

When I was growing up, a band whose records found themselves well-worn under the stylus of my trusty turntable was the British rock group Deep Purple. By the time ‘Purple’ had reached their magic lineup, featuring Ian Gillan on vocals, Ritchie Blackmore on guitar, Jon Lord on keyboards, Roger Glover on bass guitar and the great Ian Paice on the drums, they had already written some of the most enduring heavy rock classics to come, including ‘Highway Star’, ‘Smoke on the Water’, ‘Lazy’, ‘Child in Time’, ‘Speed King’, ‘Strange Kind of Woman’, ‘Woman From Tokyo’ and ‘Fireball’. Now imagine this kid’s wildly unexpected dream come to light some 15 years later, when he was asked (along with his bandmates) to interview his childhood heroes for Channel V. This was when Deep Purple visited Mumbai in 1995 to perform at the Andheri Sports Complex.

But in those years between adolescence and adulthood, the band had evicted a significant cog in the machine: The co-writer of their biggest hits, Ritchie Blackmore, whose iconic guitar riffs had underscored a thousand moments of my youth. How would it feel to meet my heroes in truncation? It turned out to be easy. Blackmore’s replacement, the American guitar genius Steve Morse, just happened to be a hero of ours separately—we’d already devoured all his solo work prior to his joining Deep Purple. Our onscreen tête-à-tête with maestros Gillan and Morse resulted in us going home satisfied fanboys.

But when you’re young and devoted and deeply vested in a collective that speaks to you like no one else can, the upheaval of dysfunction can be disruptive. Your very loyalty is called to question. When Roger Waters and the remaining members of Pink Floyd—led by their guitarist David Gilmour—began to wrestle for the name, fans across the world began to weigh in on who deserved to retain the family crest. Pink Floyd without Roger Waters would be like the Beatles without John Lennon—still incredibly talented and skillful at the core but missing the edge of brilliance. Pink Floyd the brand continued, very lucratively, but the magic was forever gone. 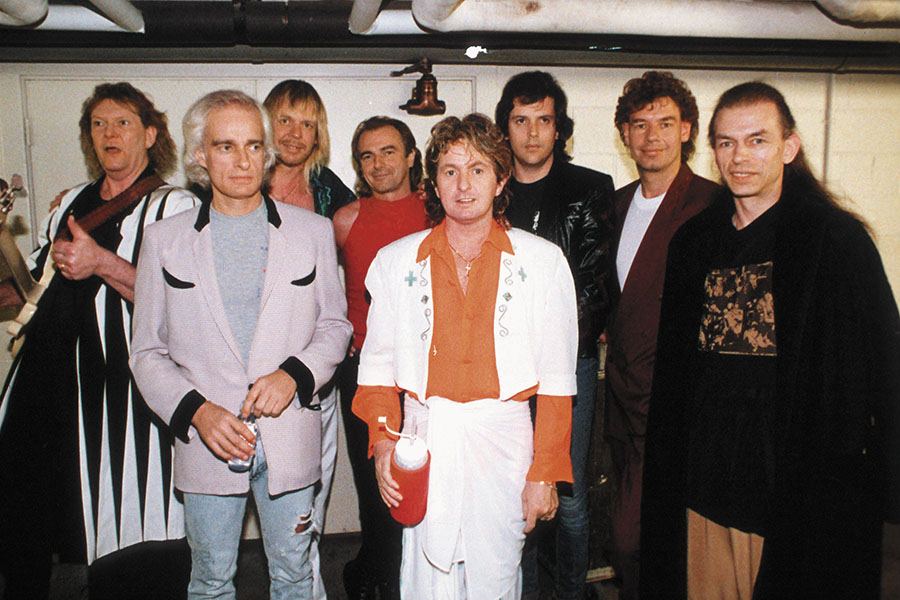 Bands losing key members has long been par for the course. But what happens when so many start to get replaced that it turns into a Lazy Susan of players in rotation, spinning on and off faster than a 78-rpm record? Is it still the same band? There’s probably no better an example than the Ship of Theseus-like incarnations of the British progressive rock band Yes. Born in the ’70s of musicians Jon Anderson (vocals), the recently deceased Chris Squire (bass), Bill Bruford (drums), Steve Howe (guitars) and Tony Kaye (keyboards), Yes shape-shifted its way across decades and is still in continuance. Personnel changes has inevitably meant sonic and stylistic explorations that deviate considerably from the band’s original sound. The chart-busting hit ‘Owner of a Lonely Heart’, delivered in the disparate yet cogent styles of the flute-voiced stalwart Jon Anderson and the slickly produced sound of the then newly recruited South African guitarist Trevor Rabin, sings to that idea. It was a great departure from the band’s classical explorations that their grandiose keyboard wiz Rick Wakeman had taken them on—the diehard fans weren’t thrilled, of course, but the more liberal-minded were happy for the ride. 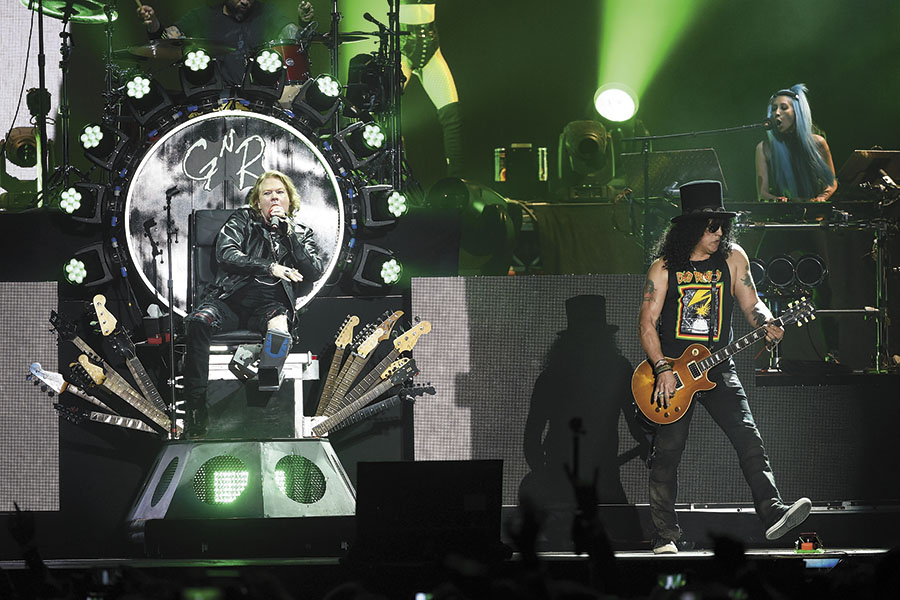 Another round-robin of changing personnel helmed by a single brand-owner is seen in the history of Guns N’ Roses. For years, the singer Axl Rose remained the only real constant in a band that contained little more than his familiar rasp and a jaded repertoire. But when the announcement that Slash and Rose would reunite, along with a bunch of other originals, for the music festival Coachella, GN’R fans across the world saw their tenacity as validated. In an increasingly fickle world, music fandom and loyalty got a tremendous shot in the arm the likes of which the universe of EDM and DJ collectives isn’t ever to likely experience. 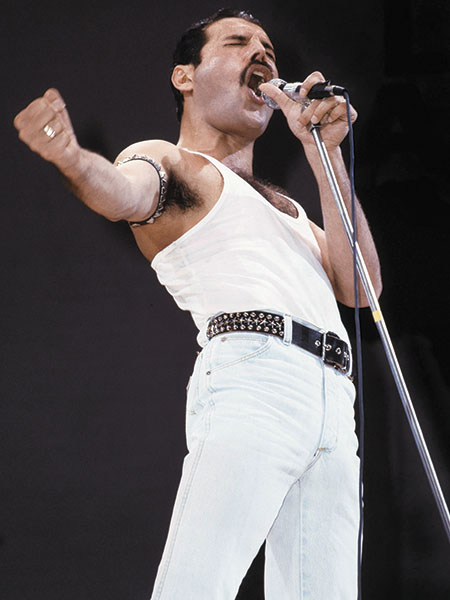 Keeping the brands of bands alive has its merits but sometimes it’s better to let things end naturally. Brian May & Co would do well to follow Led Zeppelin’s example of never trying to revive a finished idea. The image of Queen should remain with the irreplaceable Freddie Mercury. Anything else is ersatz.

Tweets by @forbesindia
Podcast: Is it time to move out of Midcaps?
India's actual passenger traffic growth in 12-13 percent range: Boeing's Dinesh Keskar