The Bharti family pledged a tenth of its wealth to philanthropy, which will further Bharti Foundation's activities as well as set up the Satya Bharti University for Science and Technology 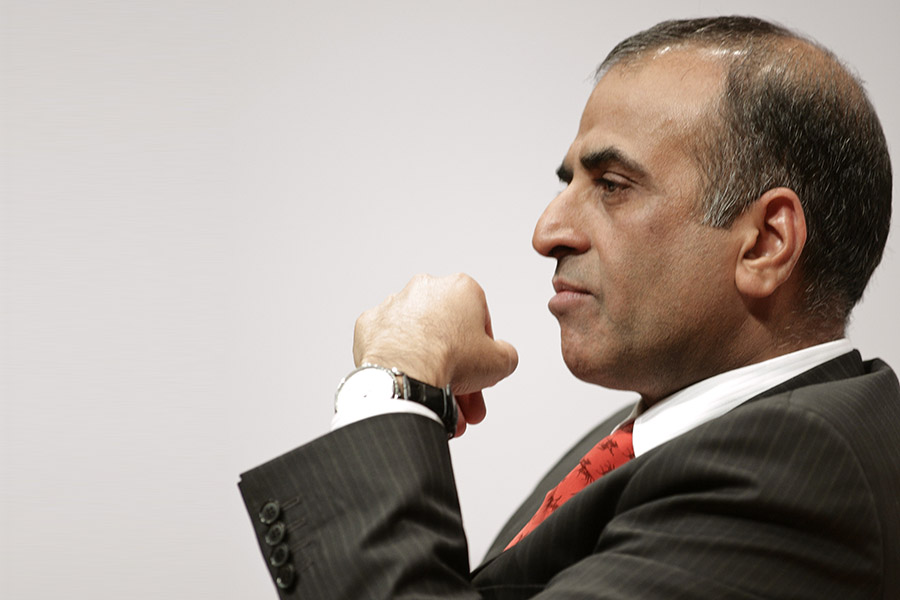 Sunil Mittal, Founder, Chairman, and Managing Director, Bharti Enterprises
Image: Tim Chong /Reuters
The Bharti family, promoters of Bharti Enterprises, on Thursday pledged a tenth of its wealth - including three percent of its stake in the group’s flagship Bharti Airtel - towards philanthropy, an official press release said.
Totaling about ₹7,000 crore, the monies will be used to support the activities of Bharti Foundation, the group’s philanthropic arm.
“Being first generation entrepreneurs we feel absolutely privileged that this nation gave us the opportunity to imagine and build world class businesses,” said Mittal in the release. “Firm believers in Mahatma Gandhi’s concept of trusteeship, we have always reckoned that ownership of business is a social responsibility, and wealth creation cannot be an end in itself,” he added.
Set up in 2000, Bharti Foundation which claims to be "one of the few professionally managed philanthropic bodies in India" runs 249 primary schools and five senior secondary schools in villages across Punjab, Rajasthan, Haryana, Uttar Pradesh, Tamil Nadu and West Bengal. Through this Satya Bharti School initiative, the Foundation reaches out to more than 45,000 students, according to the company statement. It also runs Satya Bharti Quality Support Program, engaging with teachers, students and communities to enhance the schooling experience at government-run schools. The foundation will also use the funds to set up the Satya Bharti University for Science and Technology for promising youth from society’s weaker sections, to complement its existing offerings in education. The university aims to develop an expertise in future technologies such as artificial intelligence, robotics, augmented and virtual reality, as well as the Internet of Things, in addition to offering degrees in electrical engineering and management. “Our aspiration is to develop it into a centre of excellence not just in India but globally,” said Rakesh Bharti Mittal, vice-chairman, Bharti Enterprises.
Education aside, Bharti Foundation has also committed up to ₹100 crore to build toilets across Ludhiana and Amritsar in Punjab as part of the Modi government’s Swachh Bharat Abhiyan initiative. Already the foundation claims to have constructed 18,000 toilets in over 100 villages across Ludhiana district, while 50,000 toilets will be built in Amrtisar as part of the project’s second phase.
The Bharti family’s commitment comes days after Infosys chairman Nandan Nilekani and wife Rohini pledged half their wealth to charity by signing the Giving Pledge, an initiative conceptualised by Warren Buffet and Bill Gates that encourages wealthy individuals to donate a majority of their wealth. Other Indians who are signatories to the pledged include Wipro’s Azim Premji, Biocon’s Kiran Mazumdar Shaw and PNC Menon of Sobha Developers.

Tweets by @forbes_india
Incyte: The right chemistry
Thoughts on Leadership