The Bengaluru e-grocer will use the funding—a round led by Mirae-Naver, CDC Group and Alibaba Group—to also widen its lead over local rival Grofers and multinational competitors including Amazon India 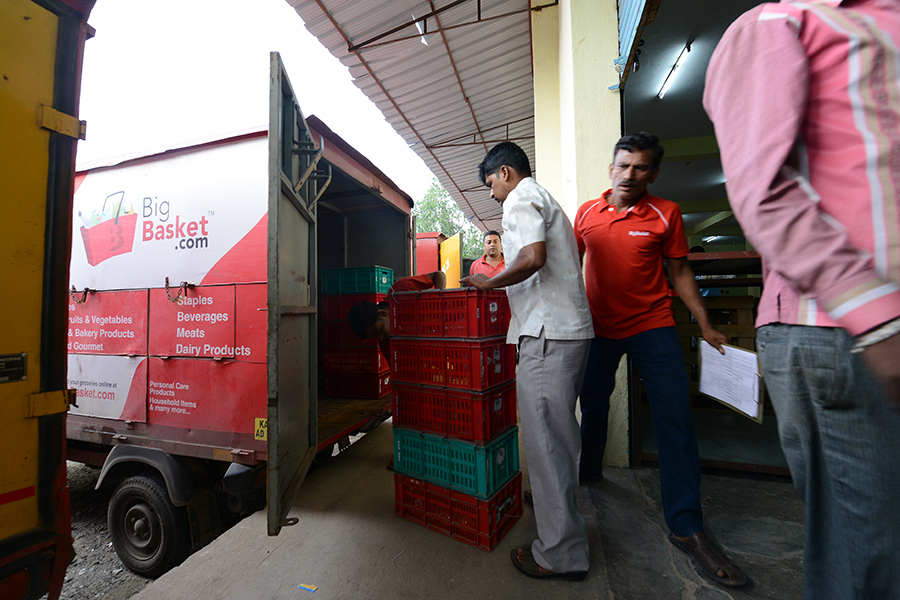 Supermarket Grocery Supplies Pvt Ltd (SGSPL), which operates Big Basket, widely seen as India’s biggest online grocer, has raised $150 million in fresh funding in an investment led by Mirae Asset-Naver Asia Growth Fund, Britain’s CDC Group and existing investor Alibaba Group, the Bengaluru venture said in a press release on May 6. Mirae Asset-Naver Asia Growth Fund is a joint venture between South Korea’s Mirae Financial Group and Naver Corporation, the country’s leading internet company. The funding, which Mirae-Naver has led through one of its funds, is the group’s largest investment in India, according to the release. Investors see India—now at $2,000 gross domestic product per thousand people—poised for consumer-spending led acceleration in the online economy, with a large opportunity for ventures that bridge offline needs with online access-based supply chains. Big Basket is expanding its operations in what is currently a two-way fight between itself and local rival Grofers, based in Delhi-National Capital Region (NCR). However multinational competitors including Amazon India and Walmart’s Flipkart unit can be expected to invest aggressively in what is a strategically critical category as India’s ecommerce ecosystem evolves. Big Basket will need the money and more. It has to contend with competitors on multiple fronts—-from the emerging ‘micro-delivery’ ventures such as Milkbasket, focusing on just dairy, for instance, to companies such as food delivery venture Swiggy, which has announced plans to get into groceries, said Satish Meena, a senior forecast analyst at consultancy Forrester, in a phone interview. Then there will be the growing competition from multinational companies Amazon and Walmart, and the impending entry into this category by Indian conglomerate Reliance Industries, Meena points out. Therefore, the money will go into adding warehouses, improving Big Basket’s supply chain from farmer to consumer, increasing product offerings and entering new cities and also in acquiring smaller competitors, he said. VS Sudhakar, Big Basket’s founder, said in the company's press release, “We have a unique opportunity to build one of the largest grocery businesses. We are reengineering our supply chain to allow for faster delivery to our resellers and to reduce the time from farm to our customers.” The company is also scaling up its back-end supply chain for its new businesses—BB Daily, which delivers fresh milk and other fresh products; and BB Instant, which is building a network of vending machines. This, coupled with an expansion in its range of private label products, will help both revenue growth and profitability, Sudhakar said. 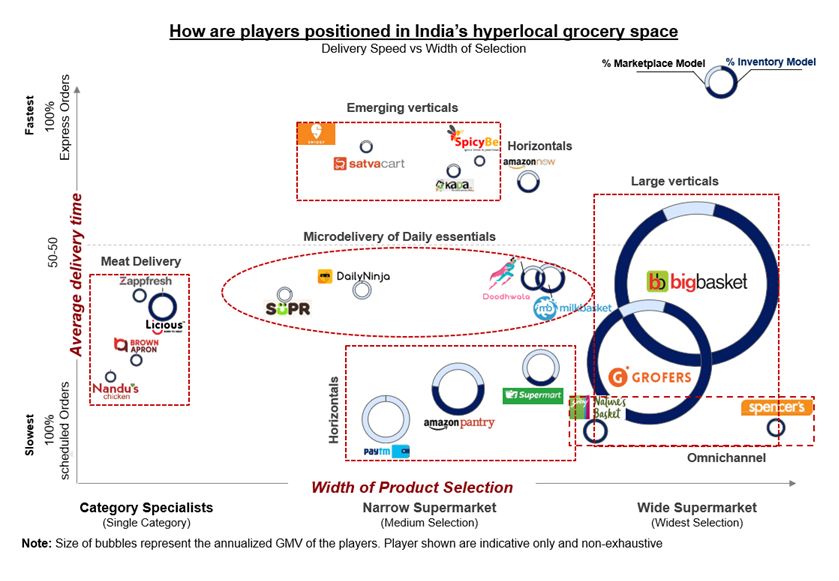 Ashish Dave, head of India investments for Mirae Asset Global Investments, said in the release, “SGSPL offers a transformational and convenient experience to its consumers, which makes it a preferred grocery platform. As India moves towards organised retail that offers standardised quality, comfort and speed in the shopping experience, we firmly believe the Big Basket brand will continue to define this segment as a category leader.” Founded in 2011, SGSPL is headquartered in Bengaluru and serves resellers across India. It currently operates in 10 metro cities and 15 Tier-2 cities. Money from this latest round will be used to finance SGSPL’s expansion through further penetration of existing markets with more investments in the first mile, scaling-up of its supply chain and for developing new reseller channels. While Big Basket and northern rival Grofers currently lead the online groceries scene in India today, the market is wide open. The overall groceries market is over $500 billion, consultancy Redseer estimates, of which online accounts for only about 0.2 percent. Redseer expects the online market to keep growing at upwards of 50 percent year on year over the next few years. From that perspective, the $150 million that Big Basket has raised now is a modest amount. In the long run, Forrester’s Meena says, “billions” will be needed for any venture that wants to stay in the game and establish a sizeable online groceries business over the next 10-15 years. For this reason, unless they find that kind of investor backing, Big Basket and Grofers themselves will be targets of acquisition. And Amazon, Walmart and Reliance stand out as the most likely potential buyers, Meena said.

Tweets by @forbesindia
Satish Sundaresan: The patient listener
Why India's largest car maker is doing away with diesel