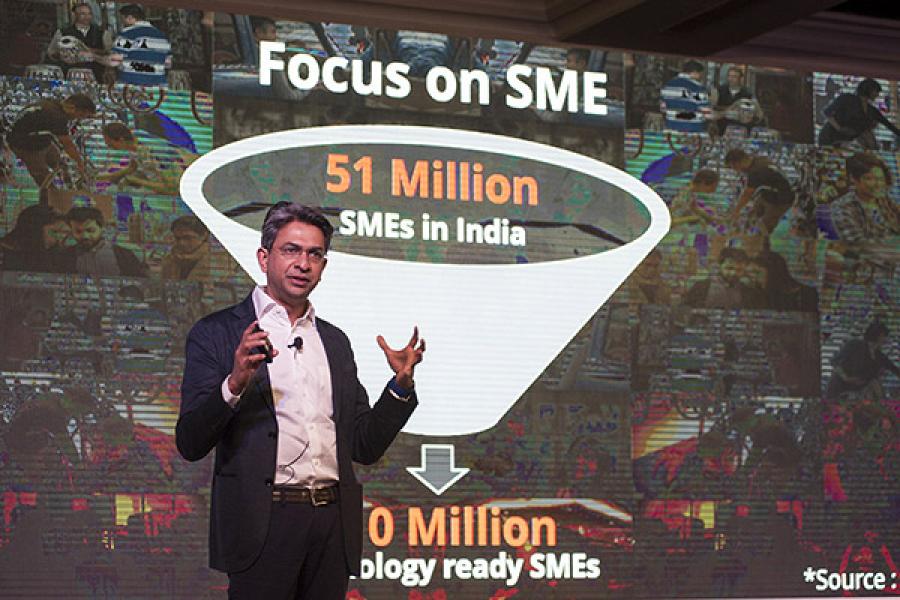 Google India has set a target of creating an online presence for 20 million Small and Medium Enterprises (SMEs) in India on its various platforms by 2017. To achieve this target, the internet giant had launched a mobile application called 'Google My Business', five months ago, exclusively for SMEs.

The application has already garnered over 1 million business users. “Around 25,000 new businesses are coming on board every week,” said Rajan Anandan, vice president and managing director, Google India & South-East Asia at a press conference in New Delhi.

Google’s SME initiative is part of its ongoing effort to get as many Indian consumers on the internet as possible. An online presence helps SMEs garner 51 percent higher revenue and 49 percent higher profit than those without it. There are 51 million SMEs in India, of which only 10 million are technology ready.

Google is using mobile applications to improve SMEs’ online presence as it feels that, very soon, India will become the world’s first mobile platform. “Almost 200 million of the 300 million internet users in India access the internet only through their cell phones,” said Anandan, adding that Google's mobile application will be “free forever”.

‘Google My Business' will also work on desktops apart from mobile devices. SMEs can use the application to update their business-related information on different Google platforms such as maps, Google plus etc. The software will provide features such as street view imagery of the store or a 360 degree view of the store, Anandan added.

Amitabh Kant, secretary, Department of Industrial Policy and Promotion (DIPP) said, “If India has to grow, it has to become a job creator and not a job seeker.” Almost 80 percent of the job creation is done by SMEs, of which 65 percent is by micro enterprises,” said Kant. “We are working towards making India a business-friendly place and we will use technology to leapfrog.” He did not elaborate on how the government will use technology to make India business friendly.

Google India will build awareness and call on businesses on a one-on-one basis to bring them online. “Three years ago, we had set a goal to get half a million businesses online. This time around, we have raised aspirations and what we want to achieve is 14 times bigger than what we were doing,” said Anandan.