Larsen & Toubro, the industrial engineering giant, is picking up 20 percent of Mindtree and will make an open offer for further control 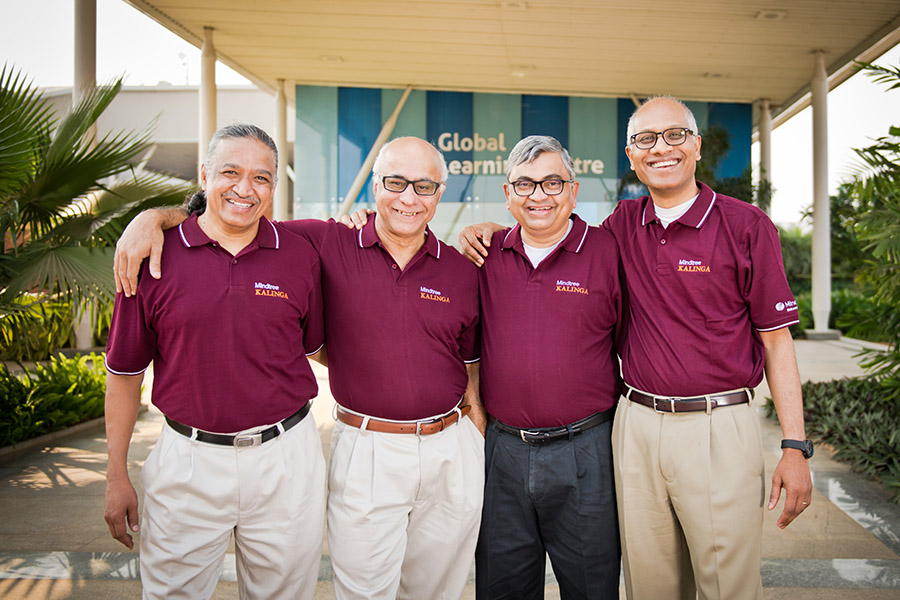 L&T, the Mumbai-based industrial engineering conglomerate, on Monday said it had struck a deal to pick up a fifth of Mindtree, and would further make an open offer for an additional 31 percent of the company.
“The attempted hostile takeover bid of Mindtree by Larsen & Toubro is a grave threat to the unique organisation we have collectively built over 20 years. Since we started the company in 1999, we have built a rock-solid organisation that outperforms its peers in IT services, differentiates and innovates through digital, and consistently delivers strong financial results and favourable returns to our shareholders,” Mindtree’s founders said in a press statement on Tuesday.

The founders who remain with the company, and who issued the statement, are Executive Chairman Krishnakumar Natarajan, Subroto Bagchi, Parthasarathy N.S. and CEO Rostow Ravanan.

“We’ve also carefully created a differentiated corporate culture made up of our amazing ‘Mindtree Minds,’ which reached the 20,000 milestone this year. A hostile takeover by Larsen & Toubro, unprecedented in our industry, could undo all of the progress we’ve made and immensely set our organisation back,” the founders said. They started Mindtree with Ashok Soota and two others in 1999. Soota left in 2011 to start his own company.

The four founders who remain with Mindtree added, “We don’t see any strategic advantage in the transaction and strongly believe that the transaction will be value destructive for all shareholders. Our collective success depends on building and nurturing relationships with our clients and partners. This unexplainable transaction will bring disruption to those relationships and impair Mindtree’s ability to differentiate itself in the market and continue to deliver client value and great shareholder return. We believe that culture needs to be carefully created and nurtured over time, and can’t be bought and sold like any asset.”

L&T has entered into a definitive share purchase agreement with VG Siddhartha, Mindtree’s biggest shareholder, and his related entities—namely, Coffee Day Trading Limited & Coffee Day Enterprises Limited—to acquire 20.32 percent stake in Mindtree, the industrial engineering company said late on Monday in a statement. L&T will purchase this stake at a price of Rs 980 per share, aggregating to approximately Rs 3,269 crore, according to the statement.

Shares of L&T and Mindtree were lower in early Mumbai trading on Tuesday.

Mindtree is an at-scale, leading digital services-based IT player with strong cloud and infrastructure capabilities and a proven delivery track record, said L&T, which has its own IT unit as well, in its statement.

SN Subrahmanyan, CEO and managing director of L&T, said in the statement: “This acquisition is part of our strategy to deliver industry leading IT services to our clients worldwide. It will help propel L&T’s technology portfolio into top tier of Indian IT companies.”

Subrahmanyan added: “Mindtree has a well-established management team, which has earned the respect of the market in terms of its service offerings and business practices. This acquisition will allow L&T to further enhance shareholder value for both its own shareholders and Mindtree shareholders in the medium to long term.”

L&T is also setting in motion an open offer—under Indian capital markets rules—to acquire an additional 31 percent in Mindtree, which would give it control of the Bengaluru IT firm that is clocking $1 billion in annual revenue.

L&T, an $18 billion giant, expects that post the acquisition, while Mindtree would remain an independent listed entity, L&T will extend it support in its business. Mindtree will benefit from access to a larger client base and wider product offerings under a common parent, giving higher returns to shareholders of Mindtree, L&T said in its statement on Monday.

“We remain 100 percent committed to our long-term vision of building an independent company,” Mindtree’s founders said. “We believe it’s in the best interests of our shareholders, Mindtree Minds, and our organisation overall to continue opposing this takeover attempt.”