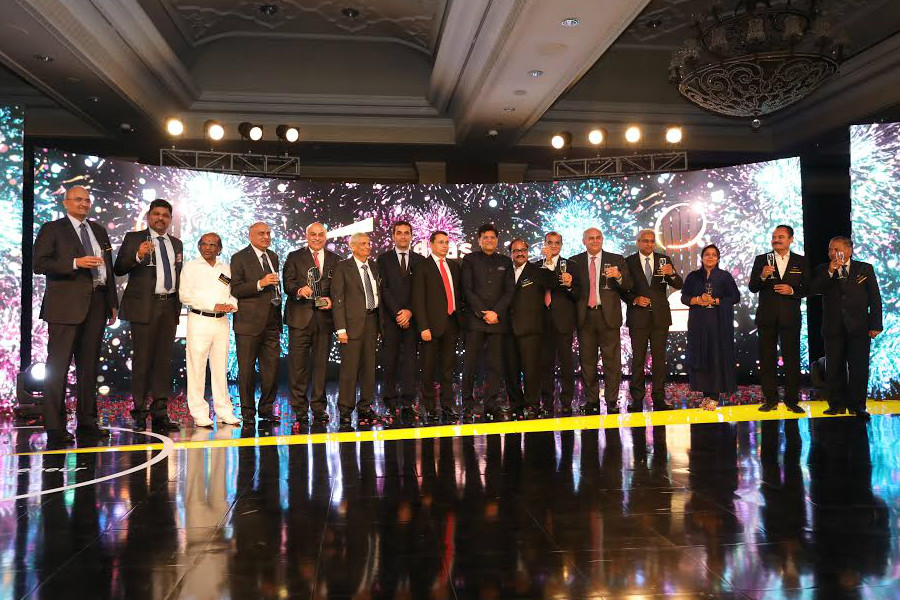 Vivek Chaand Sehgal, chairman and co-founder of the Noida-based Motherson Sumi Systems Limited (MSSL) was named the EY Entrepreneur of the Year 2016. Established in 1986, MSSL is the flagship company of Samvardhana Motherson Group (SMG).
Samvardhana Motherson Group with MSSL operates in more than 26 countries and is amongst the top auto-component suppliers across the world. MSSL manufactures automotive mirror and wiring harness for passenger cars and supplies plastic components and modules to the automotive industry.
Sehgal was selected from a list of 17 exceptional entrepreneurs who made it to the final list across diverse sectors comprising both traditional and new economy. An eminent nine-member Jury, who selected all the finalists was led by Dilip Shanghvi, Managing Director, Sun Pharmaceuticals Industries.
“Entrepreneurs are the engines of growth, they generate revenue that every government would want,” said Nirmala Sitharaman, Minister of State (Independent Charge) for the Ministry of Commerce & Industry, who was one of the chief guests at the event, along with Piyush Goyal, Minister of State (Independent Charge) for the Ministry of Power, Coal, New and Renewable Energy and Mines. “India is a country where entrepreneurship never died. We at the government believe that without prominent entrepreneurs in the country, it is not possible to have a vibrant economy,” added Sitharaman.
Echoing the same sentiment, Goyal said: “Entrepreneurship defines the futures and helps create the new normal. It demonstrates the ability to make a difference to the country.”
Sehgal will now represent India at the EY World Entrepreneur of the Year Award in Monte Carlo from June 7-11 2017.
The winners were also announced in nine other award categories. While the EY Business Transformation award was given to Abhay Firodia of Force Motors, Chandubhai Virani of Balaji Wafers won the award in the Consumer Products & Retail category. Star India’s Uday Shankar was chosen as the Entrepreneurial CEO. In the financial services category, Vishwavir Ahuja from RBL Bank emerged as the winner, while the Life Sciences & Healthcare award was given to Samprada Singh and Basudeo Narain Singh of Alkem Laboratories.
Further, the manufacturing and real estate & infrastructure award was given to Shree Cement’s Hari Mohan Bangur and Vikas Oberoi of Oberoi Realty, respectively. In the services category, R Dinesh from TVS Logistics Services emerged as the winner and finally the award in the startup category was won by Darshan Patel of Vini Cosmetics.
Besides, Nandan Nilekani was honoured with the Lifetime Achievement Award for his contribution to the Unique Identification Authority of India (UIDAI) – the Aadhaar initiative, which is a pioneering citizen identification program, unparalleled in scope and scale worldwide.
Rajiv Memani, Chairman, EY India, said, “Each of our winners this year have taken forward their unique ideas with unwavering determination in the face of adversity. They have taken bold risks and transformed into leading players in their respective industries. Even in a challenging and disruptive business environment, these visionary entrepreneurs are continuously creating value, generating jobs and contributing to building a better working world.”